… "and on more than a few occasions too" – ed … one of the benefits of living on an offshore island miles from the mainland is that as long as you keep your car on the island and don’t wander too far, the Controle Technique requirements are usually … errr … more adapted to island life

You stand a very good chance of seeing vehicles that you wouldn’t see in many other places. 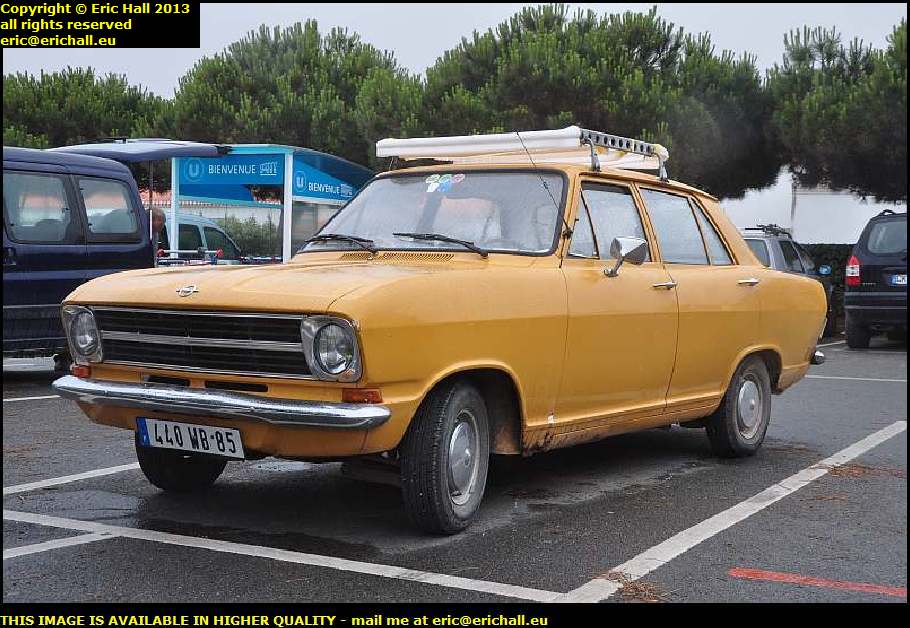 A case in point is this gorgeous late 1960s – early 1970s Opel Kadett B that Cécile and I stumbled across on the supermarket car park this morning.

It’s Opel’s version of the car that the British knew as the Vauxhall Viva. More reliable, not so prone to rust but so much more lacking in character if you ask me.

And I can’t think when was the last time I saw one of these anywhere else either – not even when I lived in Belgium. It’s in … errr … an “original state” too – a nice curiosity but not one that would be high up on my most wanted list.

Nevertheless, it proves a point. 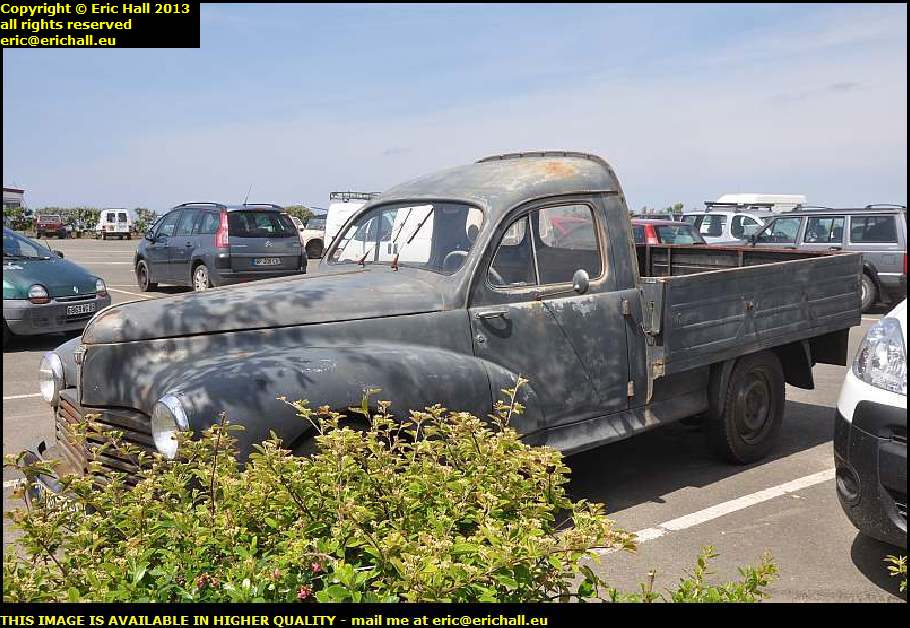 As you know, what is high up on my most-wanted list is that Peugeot 203 and I had a phone call from the owner today (of COURSE I left a note on the windscreen! What did you expect?).

Basically, it isn’t for sale but he will study all options. What that means is that if I make a massive offer it may well be up for sale, but I’m not sure that I have that kind of money.

But back to the supermarket for a moment. The wi-fi port on Cécile’s computer is in fact locked up in the BIOS and so the internet supplier (in a boutique in the supermarket) offered to fix it free of charge, which he did.

We also took the opportunity to do a mega-load of shopping as tomorrow we are coming home. Our time on the island is up – for now at least. For Cécile however, she will have to come back and she is resigned to having to stay here for some time.

This afternoon we sent cleaning up and getting ready to leave the island.

I’ll be sorry to go of course, as I’m most at home in a maritime environment, but I have plenty of other things to do as you know and little time to do them.