I settled down last night in a comfortable little spot in an old abandoned sand quarry on the shore of the lake, but I wasn’t there for long. An hour or so after I had gone to sleep we had a torrential downpour that awoke me, and of course a sodden sand quarry is no place to be in a vehicle like a Dodge. 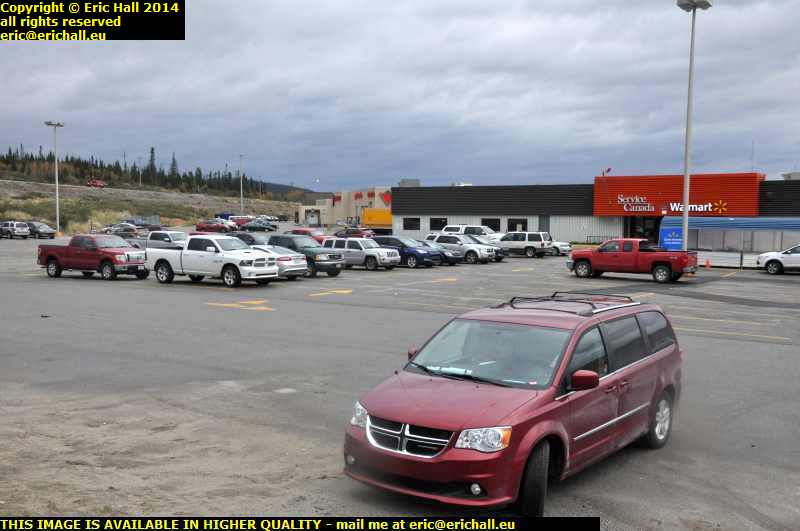 I promptly removed myself and set up camp on the car park at the back of the mall – the only covered mall in the whome of Labrador, apparently.

It seems that this car park is however the hang-out for the local youths and so there was some noise going on for a while, but once they all went home to mummy, that was that. I don’t remember a thing, except for the occasional squalls of rain

I was awake before the alarm too, 06:20, having had a really good night’s sleep, and then I went off to find an internet connection.

But it has struck me while I’m here at this shopping mall that places like Tim Horton’s are a huge environmental disaster. There’s a queue of about 50 vehicles at the drive-in (and not just cars and vans – there’s a couple of lorries in this one), engines all idling away pumping who knows what into the atmosphere, and then everyone receives a throwaway fibre cup that ends up in landfill or the local stream or on the side of the road.

Big fan that I am, especially as they now offer free wi-fi to all their customers and I am an eager subscriber (it’s how all of this rubbish gets onto the net when I’m on the road), I always take a reusable thermal mug with me when I go in.

What there needs to be is a couple of severe environmental taxes on issuing a throwaway packaging and for using the drive-in. 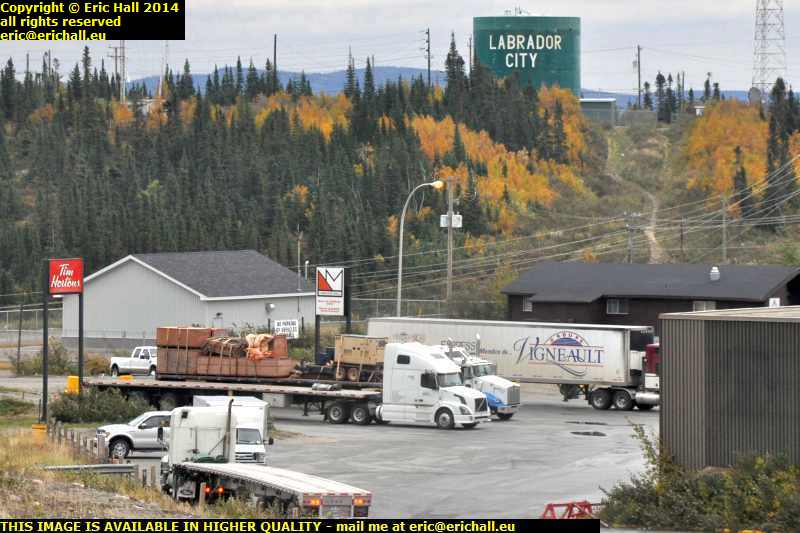 After the coffee, I went to the grocery shop to buy a few food supplies for the next leg of the journey and wandered off around the city to take a few selected photos. We’ll start the day as we mean to go on and to make up for all of the photos that I took but were lost were lost last time that I was here.

And then after that it was time to hit the road. 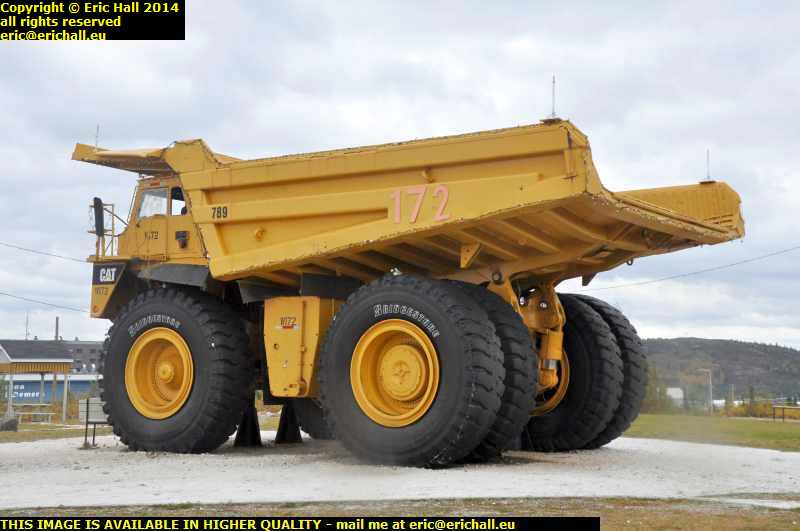 Crossing into the Province of Quebec I paid a visit to Fermont. This is a company town owned by Arcelor Mittal and services the astonishing iron-ore mine at Mont Wright.

The showpiece of Fermont, well, for me at any rate, is the world’s biggest dumper. To give you an idea of the size, my mouth is level with the centre hub of the wheel, and the tyres are 37:00×57 and there aren’t too many any tyres bigger than that. 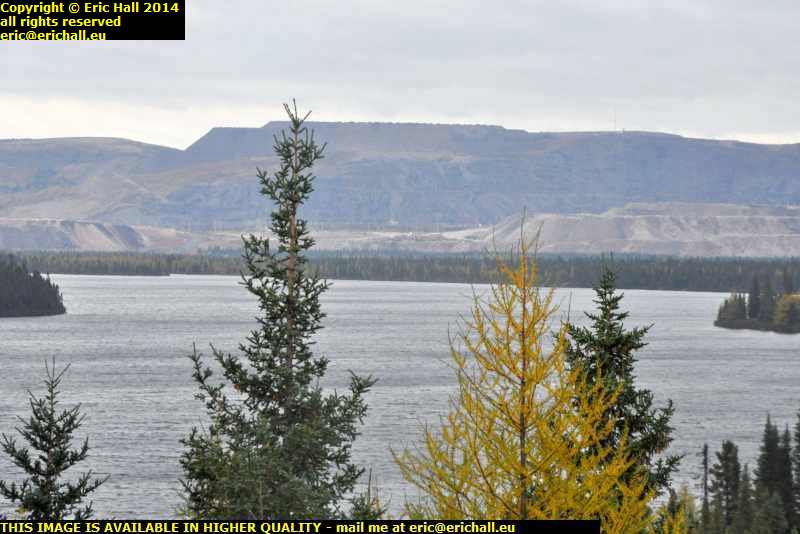 This is just a small part of the iron ore mine at Mont Wright. Its size renders one speechless, and if it can render me speechless then it really must be something, as any of my friends will tell you.

But as far as I am aware, there is nothing like this mine anywhere else on earth. Its scale is staggering and its proportions are breathtaking. The heap of mine tailings stretches for mile upon mile upon mile. 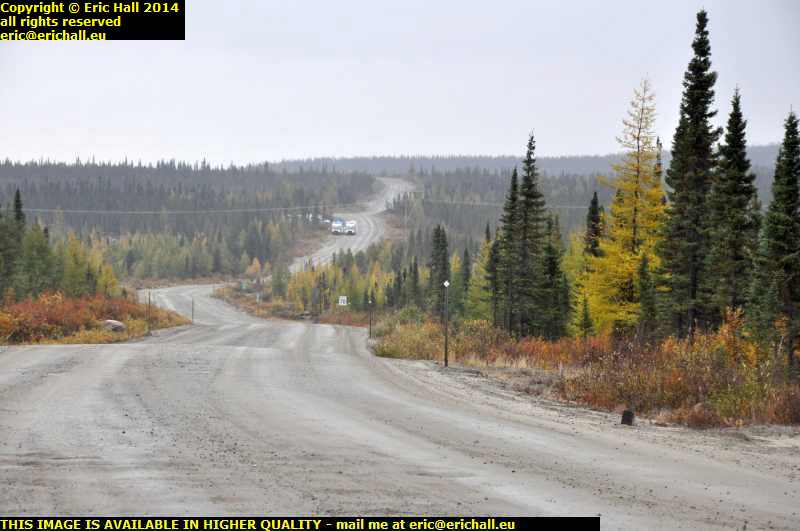 The Trans-Labrador Highway becomes quite simply Highway 389 once we have passed the border between Quebec and Labrador, and this is what you can expect from the highway. And in places it’s far, far worse than this.

And to prove that a lack of skill and ability in Maths will never ever hold you back in the Quebec Government, we are told on the Quebec Tourist Information Service’s daily road reports that one can travel the 67kms between Mont Wright and Fire Lake in 1 hour at an average speed of 50kph. 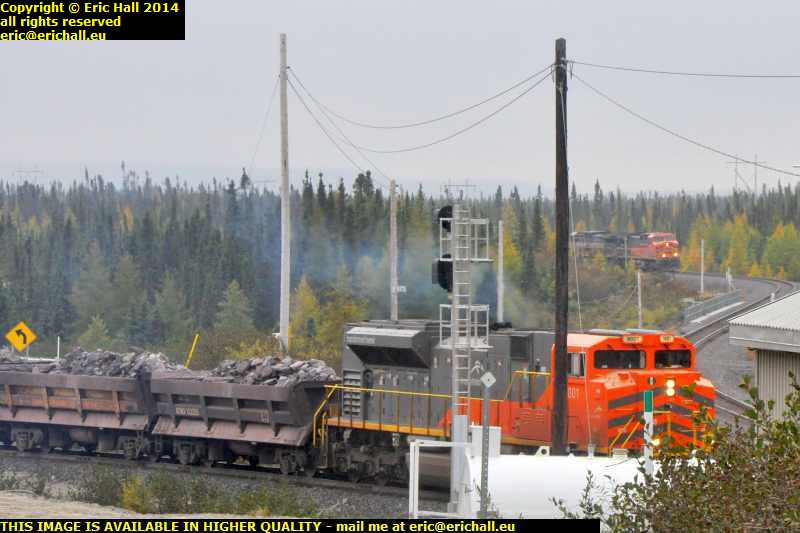 Talking of Fire Lake, the old iron mine that was mothballed years ago has been resurrected and now working full-tilt.

So much so that out here at Fire Lake in the wilderness miles from anywhere we have a connection with the Cartier Railway that runs between Mont Wright and Port Cartier and not only that, there’s a marshalling yard here for the freight trains taking away the ore and this was certainly not here in 2010. 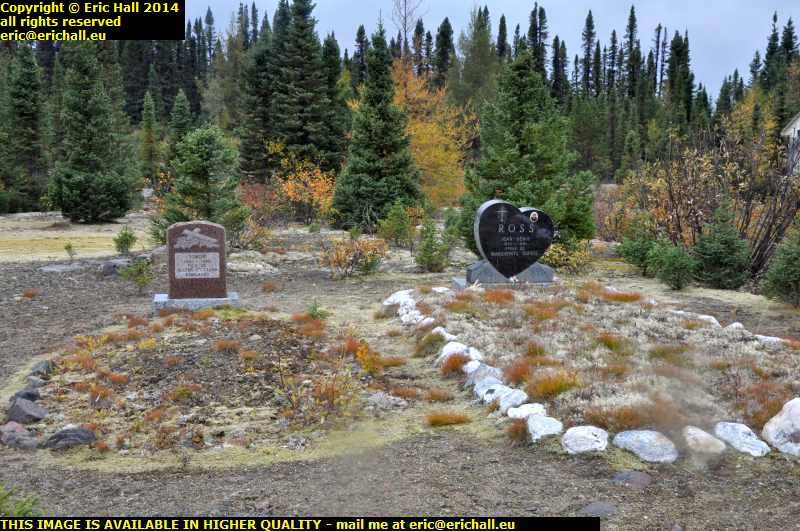 Being a mining community, it was abandoned when the ore at Gagnon Mine gave out (sometime in the late 1980s) and many of these graves relate to comparatively young people as you might expect, being a mining community. There are people whose date of birth is later than mine so they would all have family and friends, but I do wonder how many of these still have visitors and whether the Catholic Church sends a priest up here every so often to say mass over the departed souls.

Or are these people abandoned too? 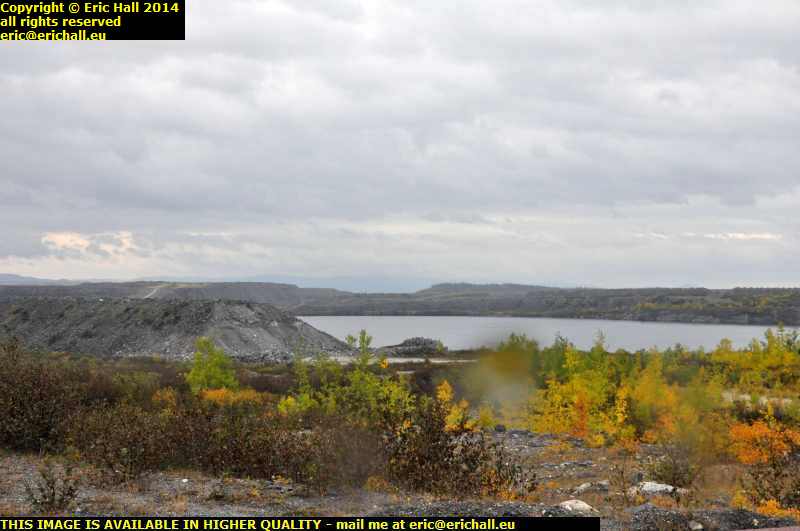 I made the effort to hunt down the old mine workings and eventually, after much binding in the marsh and scraping the underside of the Dodge (missing the sump by millimetres) I found them.

The mine is just a huge scar in the land that is now filled with water and is nothing but a huge lake now. But I was horrified to find that the mine tailings are piled up everywhere all over the place and absolutely no effort has been made to clean up and restore the land. 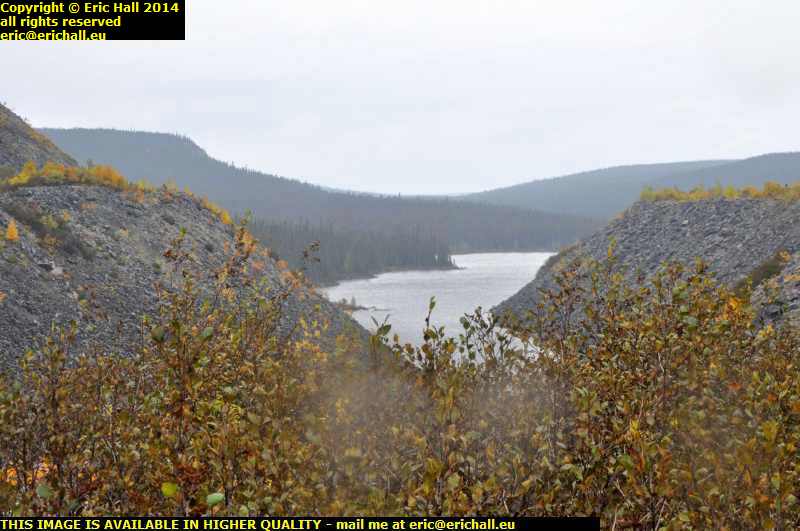 This is a shocking indictment of the Canadian Government’s laissez-faire attitude towards the rape of the countryside and there is an environmental catastrophe up here. But because it’s out of the public view and no-one ever comes up here except intrepid … "and modest" – ed … adventurers such as Yours Truly, it’s quite okay.

I am ashamed to report this, and the Canadian Government should be thoroughly ashamed of itself for having allowed it. The abandonment of the victims of man’s greed and the desolation of the countryside just goes to show to what depths humans will sink. That hole must be hundreds of feet deep. 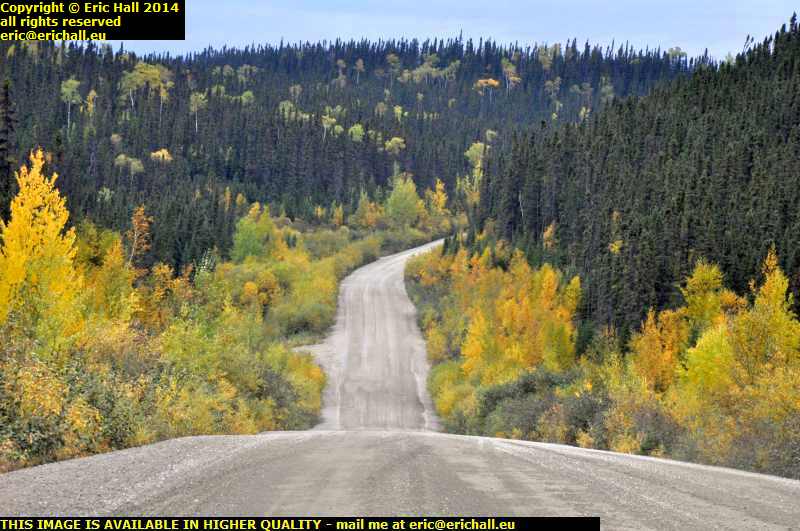 On a brighter note, they were clearing away the edge of the road when I was up here in 2010

to improve the visibility and to give the local fauna a sporting chance of motorists seeing them before crashing into them, but they seem not to have kept up the work. 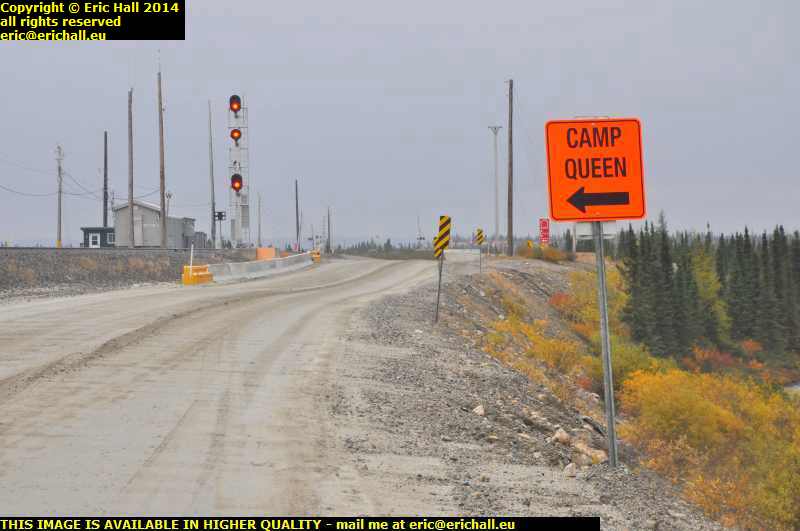 From here though, it was a thrash (such as one can do around here) down the highway to Baie Comeau and a motel for the night. It’s a week since I’ve had a shower and even I’m starting to notice it. Tomorrow I’ll be crossing the St Lawrence to the southern shore, New Brunswick and civilisation.

And as I go, I’ll leave you with this photo that I took along the route, and let you make up your own caption for it.