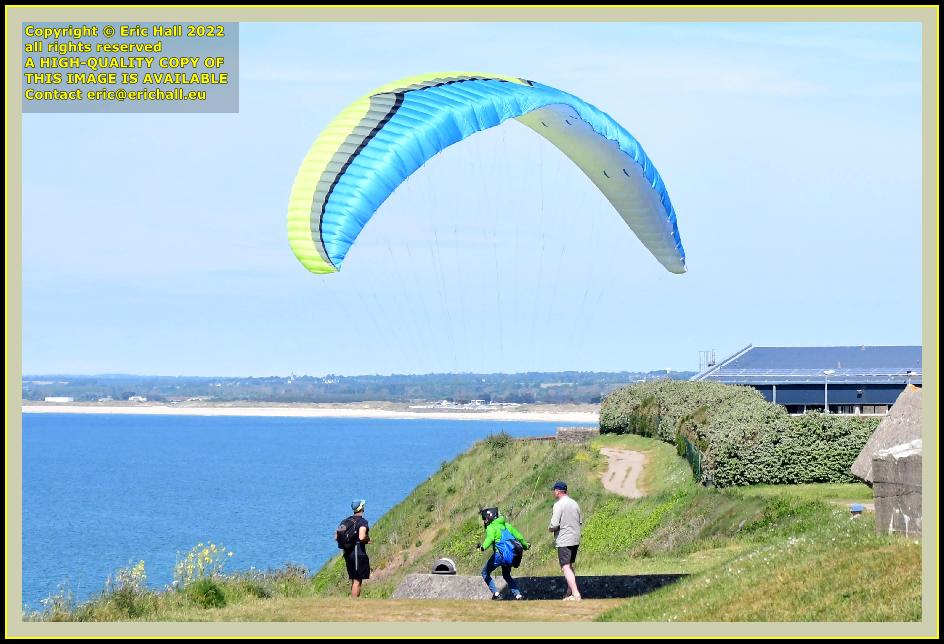 … the right kind of day to take your Nazgul out for a spin this afternoon.

This one came to grief at the Pointe du Roc and in all the time that I was watching, he was unable to go back into the air.

It reminded me of a story about a certain young lady. She was only the groundsman’s daughter but she never got off the ground.

Of course, one of these days, there will be stories written about me. Loads of them too. And I know exactly which wall they will be written on too. Not Crewe Bus Station unfortunately, because the public conveniences there have been completely flattened along with everything else in the town centre. 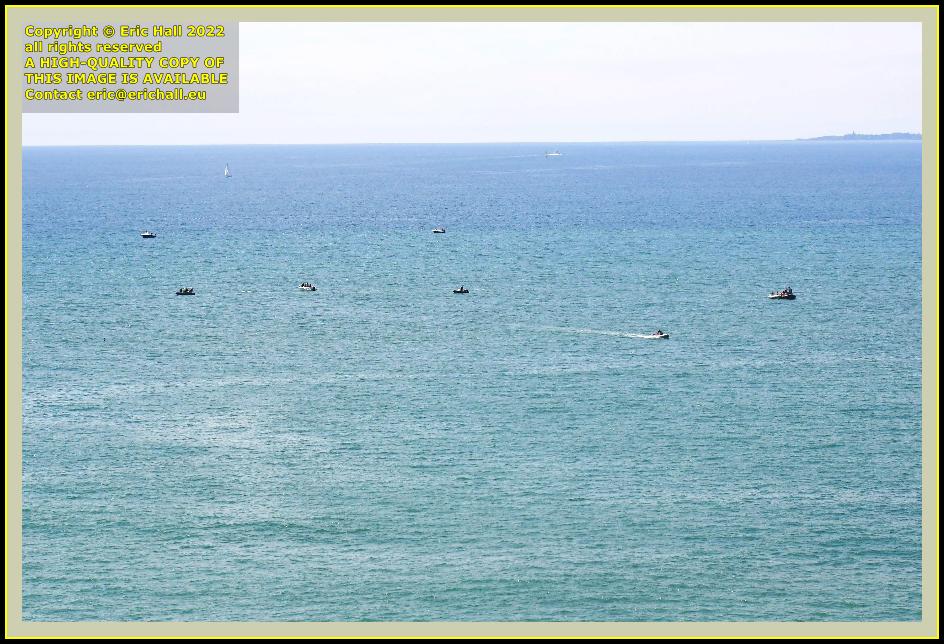 There might have been plenty of issues about what was going on in the air but out at sea there was nothing at all to prevent the crowds from assembling.

When I saw all of these boats congregating offshore I thought to myself that there must be something exciting going on out there, because I haven’t seen so many boats assembled in one place before in the ordinary course of events.

It’s quite possibly a fishing party of some description because most of the boats – with one exception – were stationary out there.

Unfortunately it’s not the kind of thing that will be reported in the local newspaper so we’ll have to pass on this event and leave them to it. 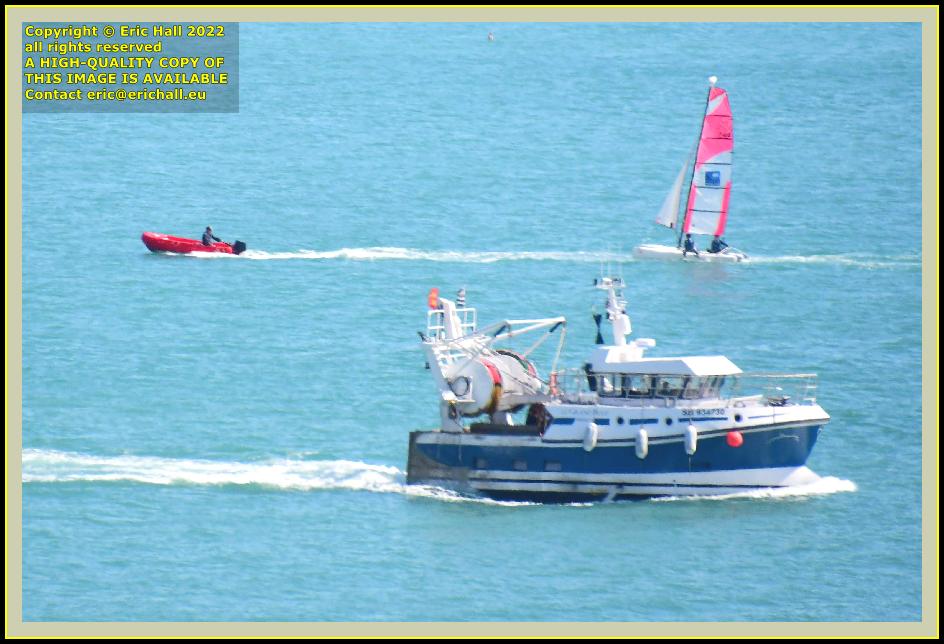 But there was something of note going on out at sea this afternoon that was worthy of note, and I’m not talking about the zodiac or the yacht in this photograph.

What caught my eye this afternoon was the trawler – simply because when I checked her registration number – SB934730 – on the database that I have, she wasn’t on it so she must be quite new.

SB stands for Saint Brieuc which is down the Brittany coast past Saint Malo, and the registration number and photograph corresponds with a trawler called Le Grand Bleu.

She was build by the Chantier Naval Bernard at one of their sites in Brittany and was launched on 22nd December 2021. 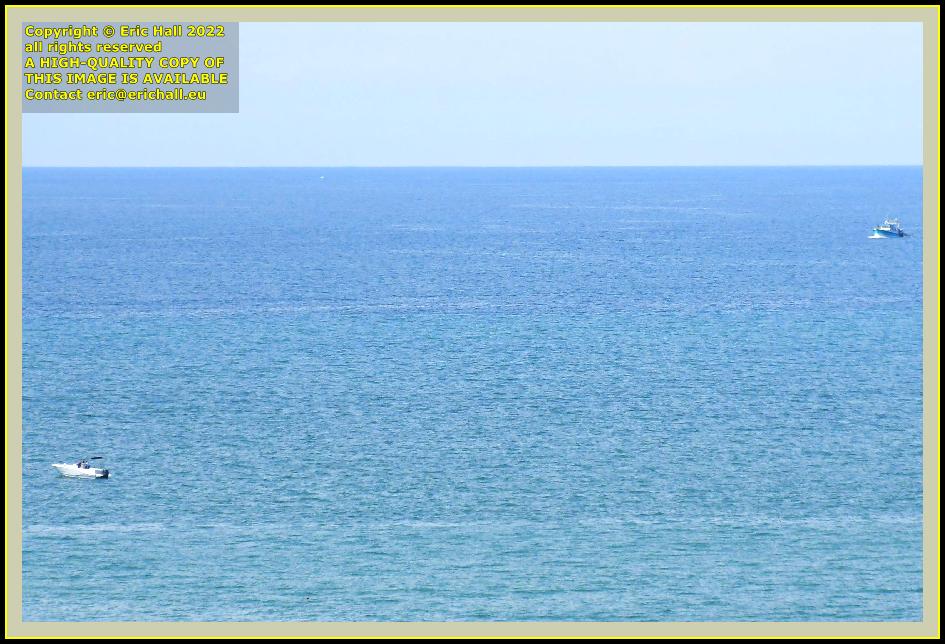 So be that as it may, let’s turn our attention to what I’ve been up to today while you afmire a few more photos of some sea-going craft.

My day actually started last night when I couldn’t go to sleep no matter how I tried. And I ended up being still here working at 01:30 because I couldn’t thin of what else to do.

When I finally went to bed it didn’t take long to go to sleep but no-one felt less like getting up this morning at 07:30 than I did this morning. In fact, for a couple of hours, if not more, I was right out of everything.

While I was supposed to be revising my Welsh ready for my lesson this morning, I even crashed out a couple of times too and that wasn’t any good at all. 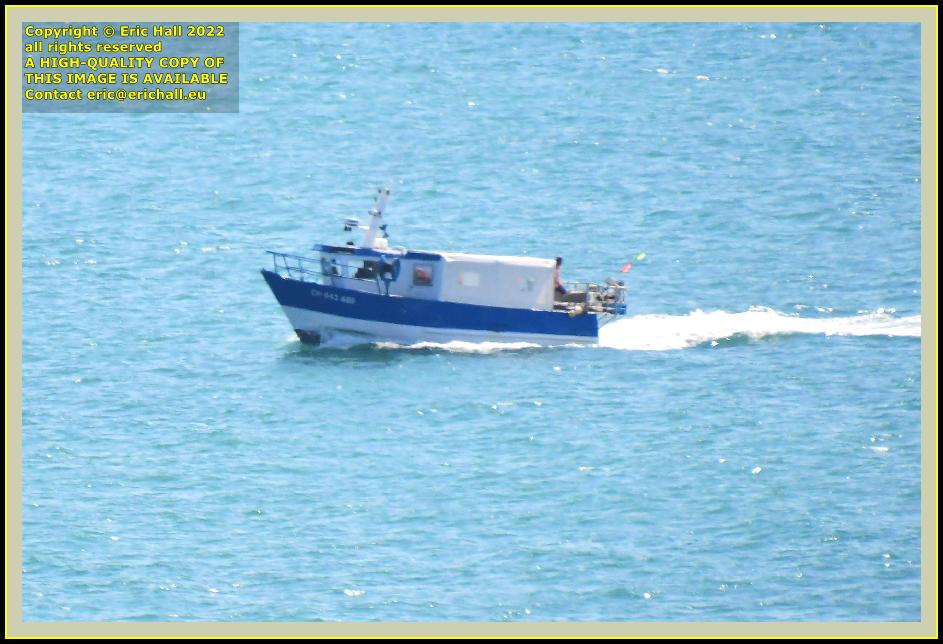 Mind you, when the lesson started I managed to stay awake although I was a long way away from actually contributing very much.

There weren’t all that many of us in our lesson today either so it meant that we had correspondingly more to do. I for one was very glad when the lesson was over and no mistake.

And then it was time for lunch. Another big helping of leek and potato soup and like anything else that is heavily seasone,d it takes so much better the longer that it’s left. I’m certainly looking forward to the final helping tomorrow.

And that reminds me. While we’re on the subject of tomorrow … “well, one of us is” – ed … I’ll be eating the last of my fruit buns for breakfast tomorrow morning so I need to make some more in the afternoon. 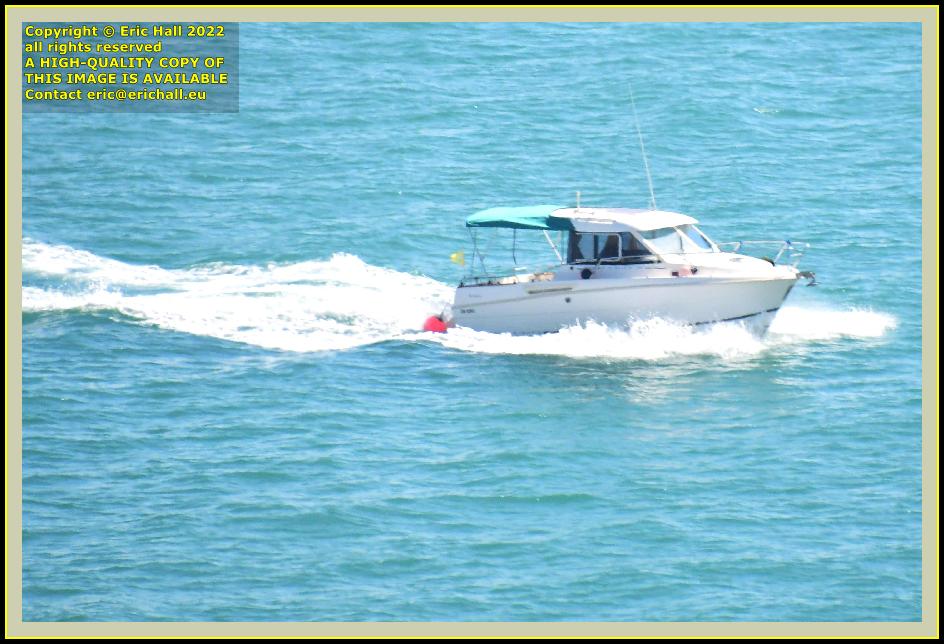 After I’d finished lunch I had a listen to the dictaphone to see where I’d been during the night.

This was where I was in Paris. I awoke to find that I was totally on my own so I don’t know what was happening with all this going on or not.

And that, surprisingly, was that. It looks as if I didn’t get up to much during the night which is a shame. Who can remember the nights a month ago when I travelled miles with all kinds of wonderful companions holding my hand? It looks as if these pills that the doctor is giving me are having some kind of effect.

That’s something that I find quite depressing. As I have said before … “and on many occasions too” – ed … what goes on during the night is much more exciting than what happens to me during the day. 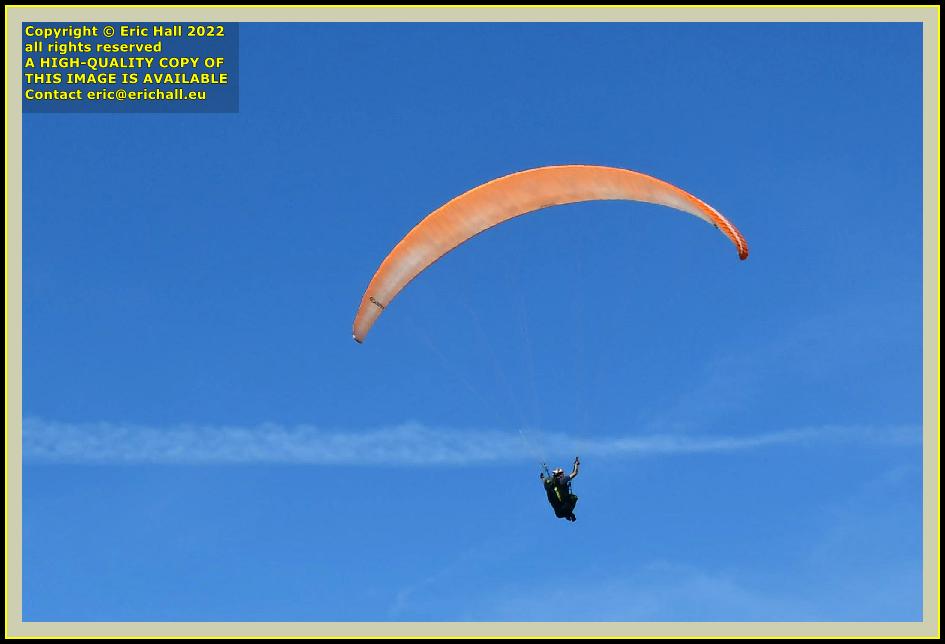 Soon enough it was time for me to go out for my afternoon walk around the headland.

However, as soon as I put my foot outside the door, the dark, cold hand of doom fell upon me as a Nazgul fluttered by overhead. This one was on his way back to the landing strip which is next-door to the cemetery.

As it happens, I couldn’t think of a better place for the Bird-Men of Alcatraz to take off. If they make a mistake on taking off or on coming in to land, you can just heave the remains over the wall into the cemetery. You don’t have all that far to go at all. 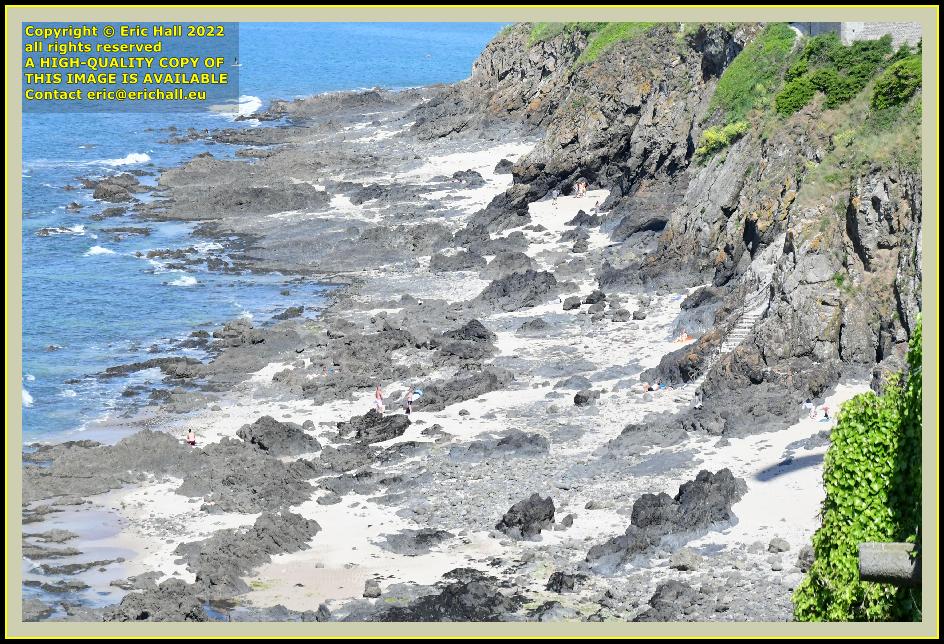 Having dealt with the issue of the Nazgul (for the moment) I went over to the wall at the end of the ca rpark to look down on the beach to see what was happening.

There wasn’t a great deal of beach but that didn’t seem to bother too many people. The weather was so nice with the temperature well in the 20s that it had brought everyone out and they were down there sunning themselves.

No-one brave enough to be in the water though which is a surprise. Plenty of people in boats of course but no-one actually in there swimming or splashing about. If they won’t go in there with weather like we had today, I don’t know when they will because this last couple of days have been gorgeous. 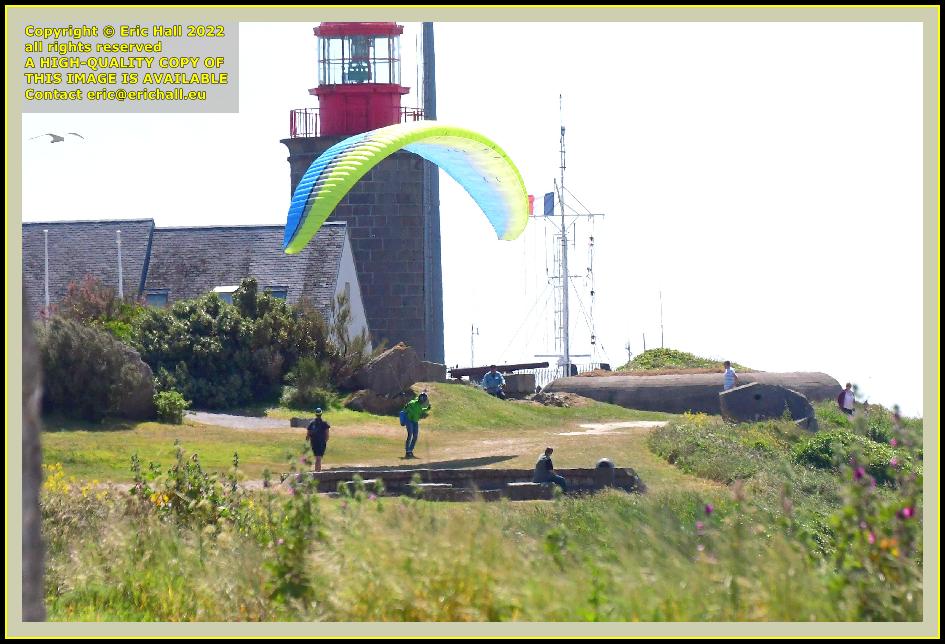 Plenty of people on the path wandering around as well as you can see, and also our stranded Nazgul.

That’s a good indication of how nice the weather was today. Not enough wind to keep this one in the air this afternoon. The seagull didn’t have any problems though.

While I was walking along the path towards the end of the headland I was taking a few photos of the boats in the bay. And as you have seen, there were plenty of those this afternoon.

But there was something of a haze out to sea today so photographing the islands out there was simply not possible. They will have to wait for another time when I hope that I’ll be lucky enough to photograph the Channel island ferries out there doing their bit. 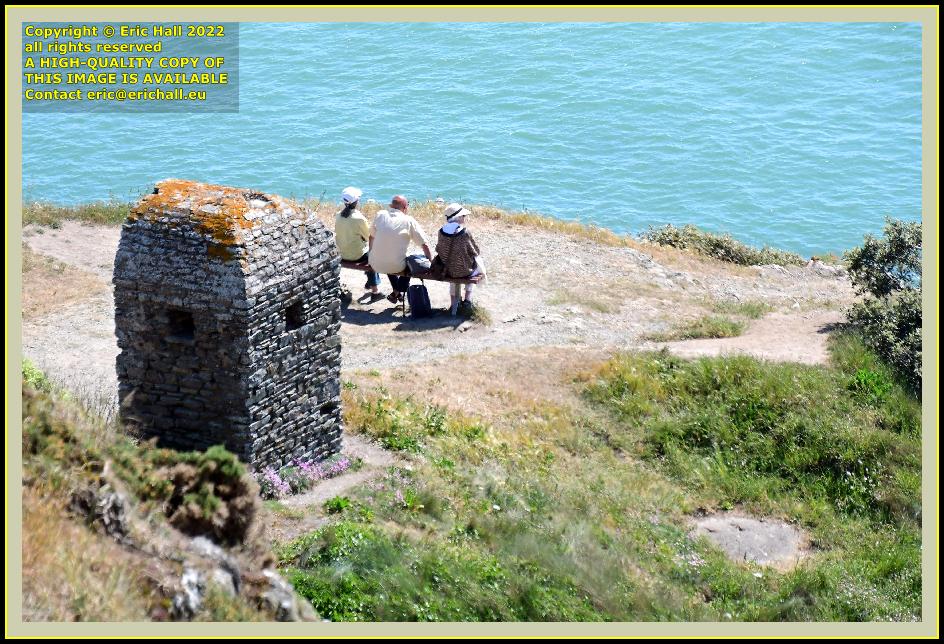 The car park at the end of the path was quite busy too and it was interesting (to say the least) to watch someone reversing around trying his best to knock over a couple of pedestrians walking around there.

But I walked on down to the end of the headland to have a look at the bench there by the cabanon vauban. This would be the kind of day where I would expect to see people sitting there and I wasn’t wrong, was I?.

They were having a grandstand view of all of the activity too this afternoon. Certainly having their money’s worth.

But I was more interested in the coffee that I had remembered to set off before I came out so I wandered off on the path down the other side of the headland towards the port and home. 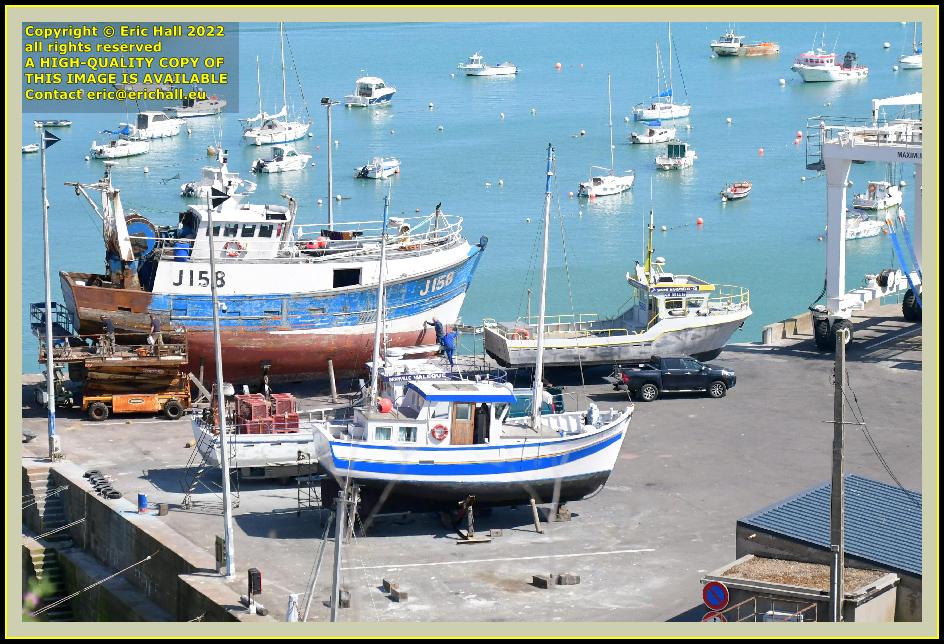 And I was right about La Roc A La Mauve III. There she was! Gone! And never called me “Mother”!

But I can identify most of the other boats down there this afternoon. The one nearest the camera defeats me for the moment but behind her is Valeque and behind her is the Jersey trawler L’Ecume II.

Yesterday we saw another unidentified boat in there but from this position we can see clearly who she is. She’s called Sagone D’Angawelys.

Having seen the chantier naval closed over the winter while they overhauled the portable boat lift, it’ nice to see the place filling up again. A busy ship repair yard is the sign of a successful port and that’s important. 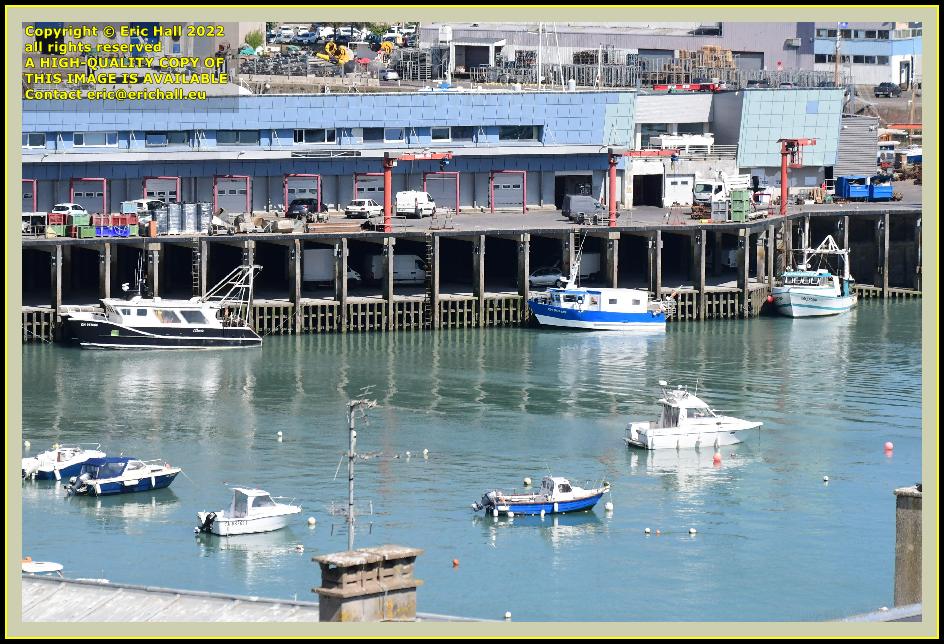 Over at the fish processing plant we still have L’Omerta moored up at the quayside.

Behind her is Petite Laura just coming in to tie up and unload. We saw her earlier out in the bay on her way home.

The boat behind her tucked around the corner is the one that we saw there yesterday. We couldn’t identify her then but I can see who she is from this position. She’s called Rocalamauve and is carrying a Saint Malo registration number.

Back here I had a coffee and then started to play around with the photos, there were so many. But today things are taking me much longer than they usually go. I seem to have lost my enthusiasm somehow.

These days I’m doing that far too often.

Tea was a mushroom and lentil curry that was delicious as usual, and now that I’ve finished my notes I’m off to bed. I’m not sure whether to wish for a good night’s sleep or a disturbed night with plenty of travels to keep my interest going.

All of these First-World problems, hey’