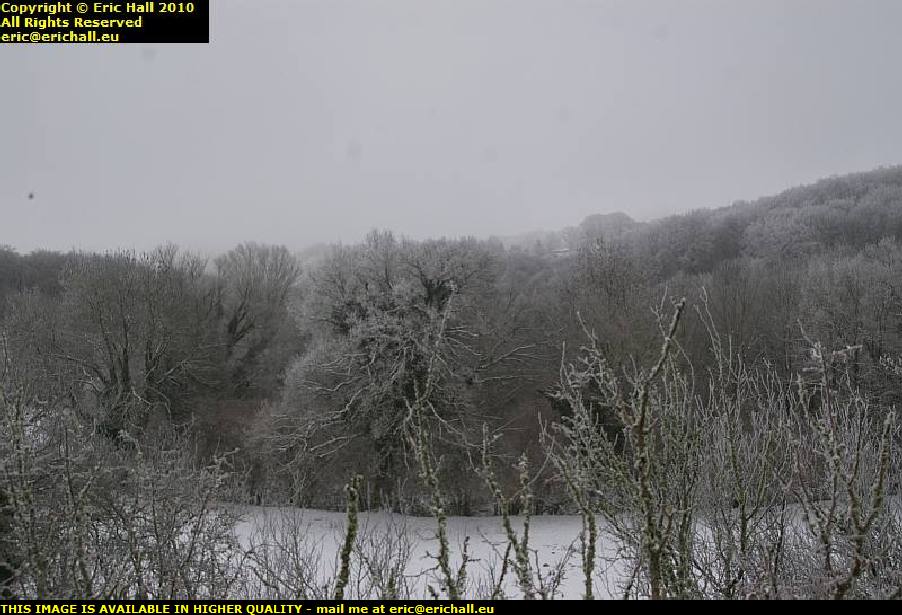 …when my morale, which has been slowly ebbing away for this last couple of weeks, finally disappeared.

I didn’t wake up until the alarm went off (just for a change) and there was no way I was going to get out of bed early. And, as usual, despite the clear starry skies last night, today was clouded over – a heavy hanging cloud was clinging to the side of the mountain.

We’d had snow too, so that involved a shin up onto the roof and a clearing of the solar panels – not that I needed to bother because I’ve had the impressive total of 1.1 amp-hours today!

But none of that is what has done in my morale though. And I can cope with frozen tea towels and frozen ordinary towels and frozen washing-up water and frozen water butts and even frozen lettuce – what did it for me firstly was going into the fridge (that has been switched off for over a month) and finding that my lunchtine tomato was frozen solid. That was bad enough but then while making the coffee there must have been some ice under the seal in the coffee percolator because halfway through the coffee routine the steam pressure blew the coffee all over the verandah. With the ice melted I could tighten up the seal but of course with it being warm it went up too tight and as I tried to undo it later I broke the handle on the machine. One of the reasons that Napoleon’s onslaught on Russia failed was that the severe winter caused all of the items made of tin to become brittle – and I can see what they mean now.

But I also spilt some coffee while I was doing all of this and when I turned my attention back to the spill, it had frozen solid. Today is the first day since I have been keeping records that the temperature in the verandah has not risen above zero all day.

This morning I carried on doing a few odd jobs and then started to measure up another vertical for the first floor and cut the let in the floor beam. I dunno where the morning went but that was all I did. This afternoon with my heart no longer in anything I started to put some insulation under the floor of the attic to help keep in the warmth. But it was flaming freezing and everywhere had gone dark and there was stuff all over the floor and I didn’t feel like tidying up so at 16:30 I packed up and came in – and crashed out again for an hour. 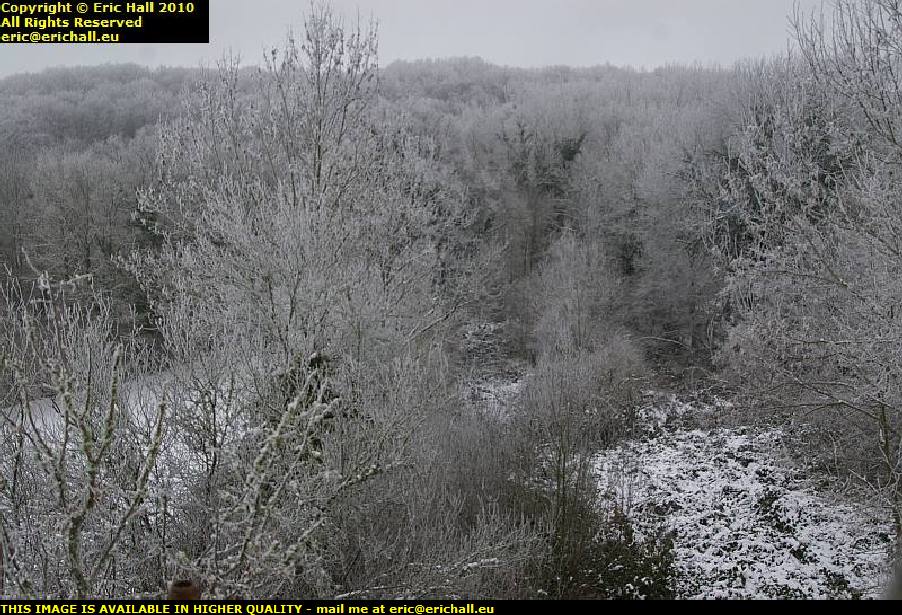 I rang the baker too – she comes to deliver to me on Tuesdays and Wednesdays but she also has a round on Saturday so I wanted to order some bread as I’ve no intention of going anywhere anytime soon. “It depends if I can make it with this weather” she said – which totally puzzled me as the postie had been this morning. But when I went downstairs to make tea later (some tinned stuff – I wasn’t going to hang around down there in THAT weather) I saw what she meant. In the few hours that I had been upstairs it had snowed like hell and was still chucking it down. There’s about a foot of snow now, so I suppose I won’t get my bread tomorrow either.