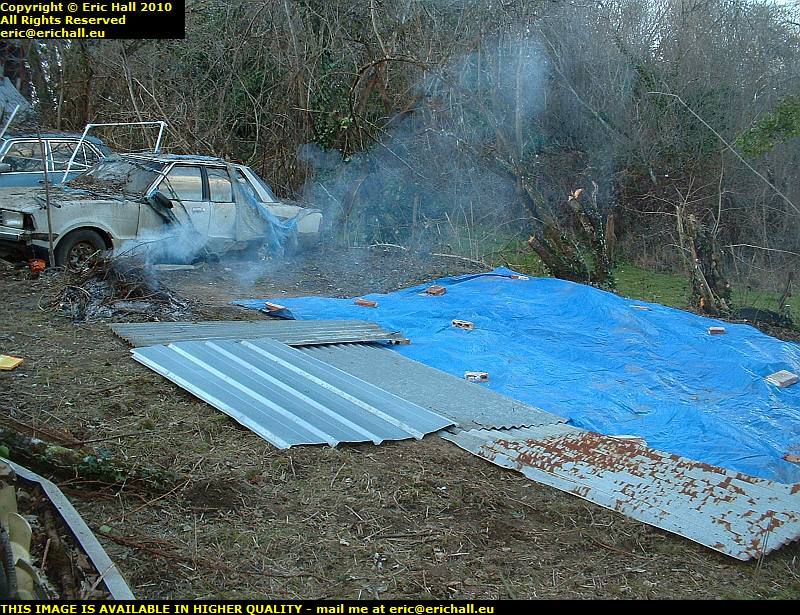 Yes, I had a raging fire going since about 10:30 this morning and I burnt all of the rubbish that I had pulled up from where the vegetable patch is going to be. It was burning like stink too, and I must smell like a forest fire.

This afternoon I covered up the vegetable plot-to-be. I could only find one opened tarpaulin so I’ve used the lean-to roof to cover the rest. With a couple of bits of vehicle having been parked on there for 8 years or so there’s nothing growing there, so it seems silly to leave it uncovered and attracting the weeds. I’ll keep it covered until I’m ready to do something with it.

I was going to dig up the tree roots and transplant the greenhouse too, but the fire was still roaring away so I carried un pulling up brambles and nettles from elsewhere. I’ve now cleared out down the side of the Merc (well, some way anyway) and all of the weeds have been consigned to the fire. 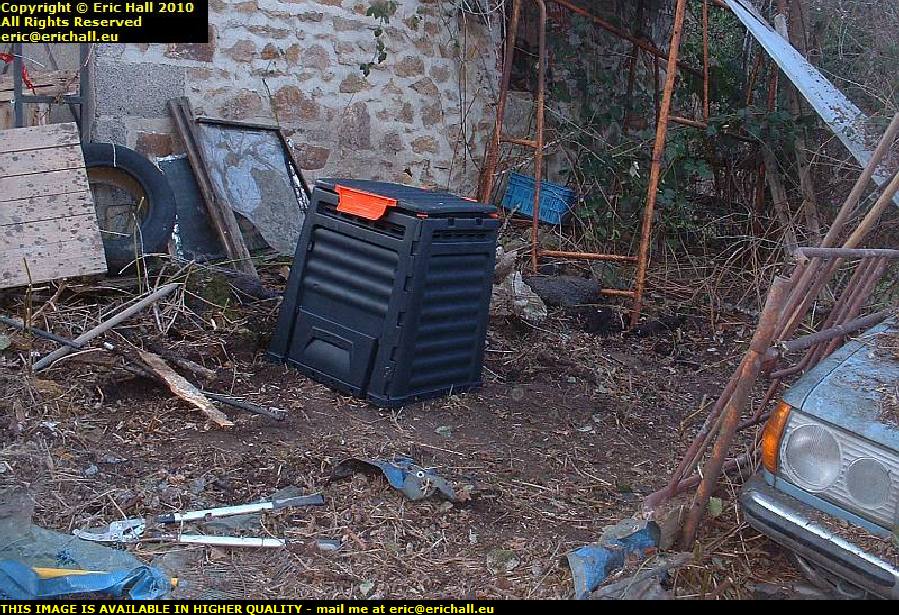 That’s left a nice little space at  the side of the lean-to and so I set up the compost bin that I bought for 10 Euros in the Brico Depot sales. It goes quite nicely there. There’s some hardstanding just there and I’m going to put the dustbin there in early course.

All in all I’ve had a pretty good day, even though someone spoilt it right at the beginning by telephoning me at, would you believe, 08:02 this morning. I caught up with the person responsible and gave him the sharp end of my tongue. It’s not the first time that he’s dragged me out of bed like this but it will certainly be the last, I can tell you.