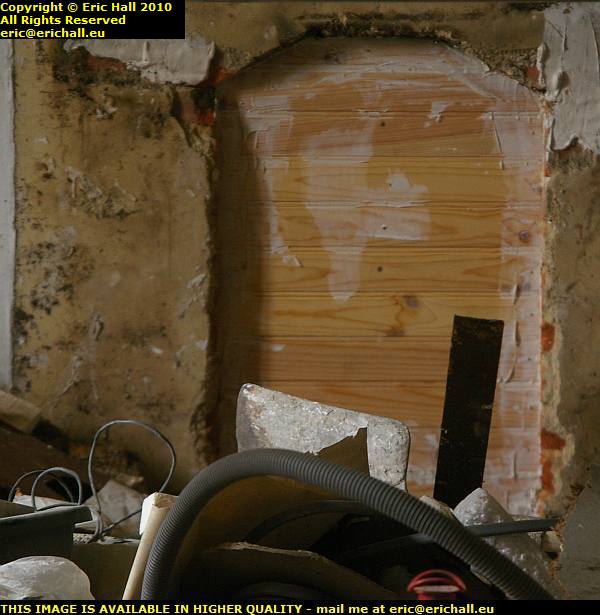 I knew the offcuts from the tongue-and-grooving would come in handy sooner or later.

There’s a heavy-duty plastic sack at the back of this, and then a framework around the inside of the fireplace. Then the offcuts of tongue-and-grooving were cut to size and shaped to fill in the hole and finally I bunged up everywhere with filler.

Next step will be to screw some insulated plasterboard to the boarding and seal that all round and it should be a nice draught-proof seal.

This morning I woke up at 08:20 to the sound of the rain driving down on the roof. “Badger that for a game of soldiers” – and stayed in bed til 10:00. And after doing some work on my website I dodged the rain to plant out some more peas and beans and then to catch up with sowing some more succession seeds. I’ve a full greenhouse now and it looks impressive but nothing seems to be germinating. This year might be something of a washout in the garden in more ways than one.

But it stopped raining at about 15:00. Some blue bits appeared in the sky and by late evening there was even a sighting of that golden object that hangs around up there some time. But it’s still cold though and I had the fire on again up here tonight.