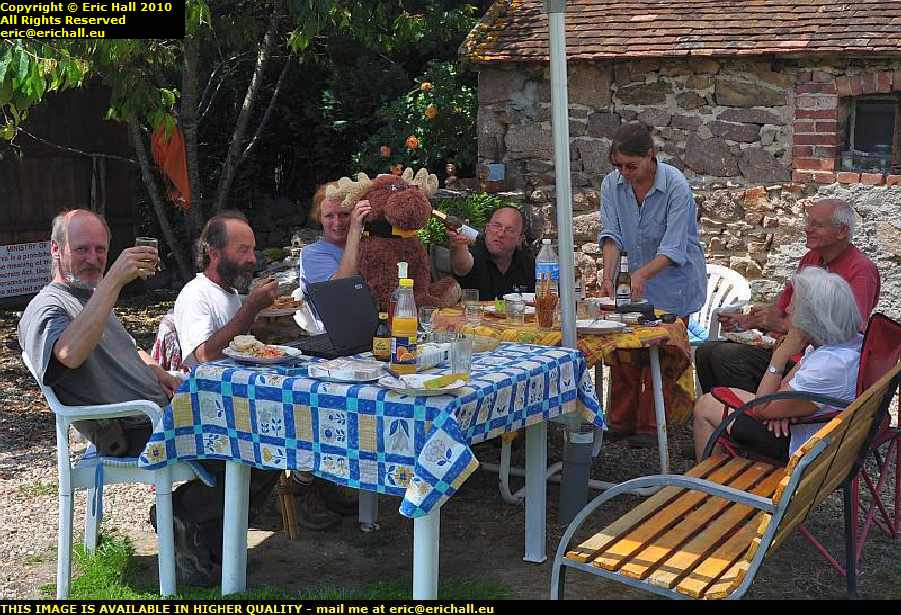 … so Strawberry Moose and I went along to Lapeyrouse to see what was happening and to lend a hand.

Once again there weren’t all that many people there. The novelty of the idea is clearly wearing off as peoples’ own chantiers are completed. Liz and Terry, Clotilde, Francois, Jean, Hein (whom I met briefly for the first time at Kate’s the other day) and Yours Truly were the only attendees, and I was late arriving. 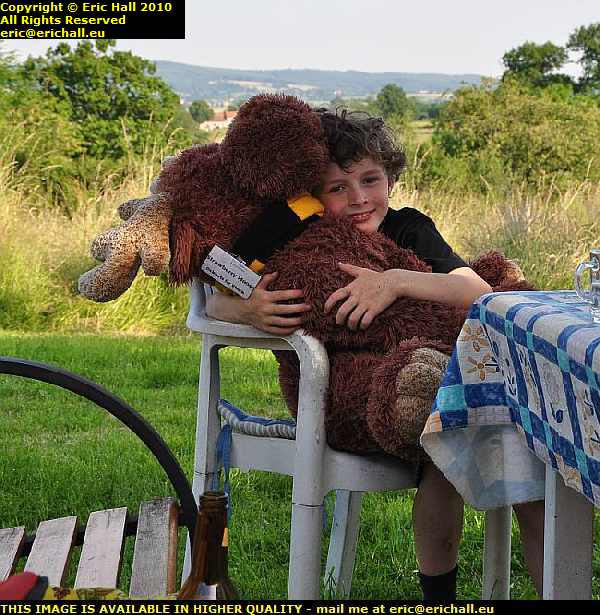 Hein’s wife and kids turned up later and of course Strawberry made a new friend. Good old Strawberry!

The girls (Lou, Liz and Clotilde) occupied themselves with painting 30 panels of OSB to put on the walls of the attic, while Jean and I put some guttering up to the side of the garage and connected a downpipe to the drain. I like working with Jean – he’s an old guy but very fit for his age and has a keen interest in woodwork and that kind of thing. We’ve done quite a few jobs together at various chantiers.

Terry, Francois and Hein spent the day working on the door to the barn. The previous owners had nailed it shut as the bottom had rotted off and the huge hinge had broken away, leading to a risk that the door might fall across the lane. 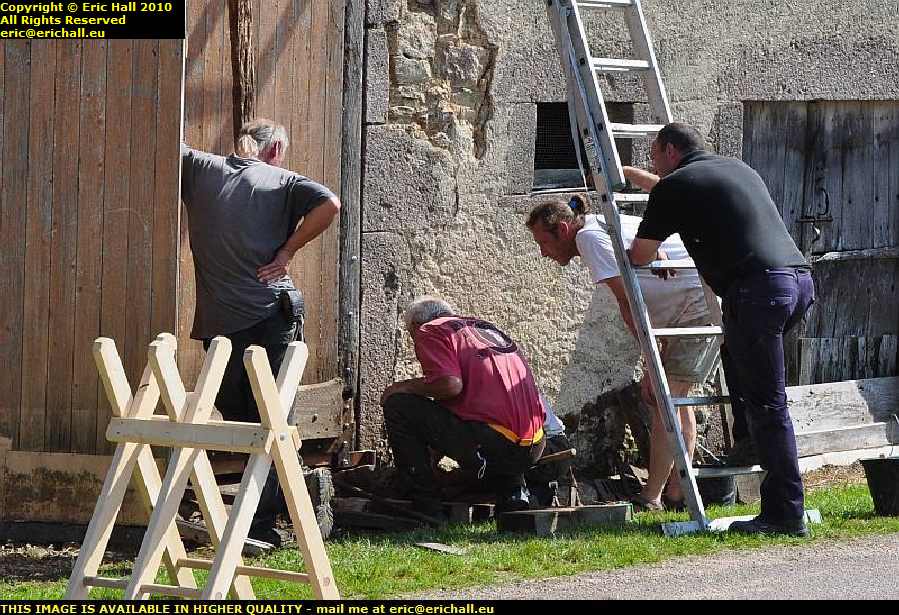 They unfastened it, removed it from the doorframe and lowered it onto some trestles. Once it was there they cut off the bottom part, screwed some new wood onto the frame, reinforced the frame, replaced the ironwork and then we all lifted it back into position.

In the photo just here you can see the work receiving close attention from the assembled multitudes. From left to right we have Karl, Jean (who is hiding Francois) Hein and Terry. Here they were refitting the stone that had the pivot hole for the lower hinge.

Back here the temperature in my room was an astonishing 30°C. But I am prepared for this kind of thing. I bought a heavy-duty in-car fan for just €3.99 the other day and I took off the cigarette lighter plug and replaced it with an American 110-volt plug (that’s what I use for my 12-volt circuits). It’s noisy but it doesn’t half blow the cool air around when you clip it into the frame of the open window.

A good move that!