That was a horrible night, that was. It took me ages to go off to sleep and I forget how many times that I awoke. I had a rather disturbing voyage during the night, and you don’t want to hear about it as you are probably eating your tea by now.

A shower brought me round and then down to breakfast. I was second down but at least my window seat was free. Not that it did me much good because there was no-one walking by. I wasn’t all that hungry either.

Back up in my room I had a chat with Alison and Hannah on the internet, packed my new suitcase (which is actually bigger than the old one) and hit the streets. The old suitcase was consigned to the vuilnisbakje at the hotel, which is a shame because it would still be useful for storing stuff, but it can’t be helped. I don’t want to drag that about with me everywhere.

At the railway station I had a stroke of luck as well. I’d bought my ticket for the 10:08 train to the airport, changing at Gent St Pieters, but as I rounded the corner into the train shed, they were just announcing the departure of the 09:40 direct to Brussels. That made much more sense to me as it gave me many more airport options – and so I leapt aboard. 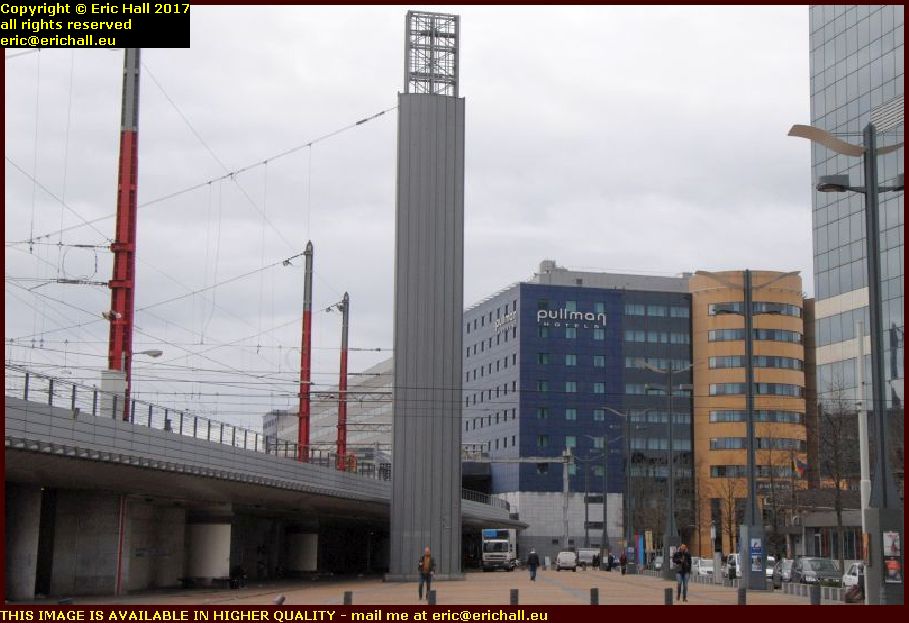 That was an easy route into Brussels, to be sure, without changing trains – or even seats – and I was in good time too. I could dash across to the hotel – the Hotel Midi-Zuid – where I’ll be for the next few days.

My room wasn’t ready, which was no surprise at all at 11:00, but they had a consigne where I could leave my luggage. And that was what I was really after. Having done that, I headed back to the Gare du Midi and hopped on the next train to the Airport at Zaventem.

I had to wait for a while but soon enough my niece’s daughter Hannah appeared. She’s from Canada of course but she’s on a student exchange right now in Madrid. There was a cheap flight opportunity to Brussels this weekend, and this is the reason why I’ve been hanging around.

We were on the train back to Brussels and back to the Hotel Midi-Zuid. Hannah’s room was ready but mine wasn’t, but never mind. Hannah was soon down, and we went off for a walk. 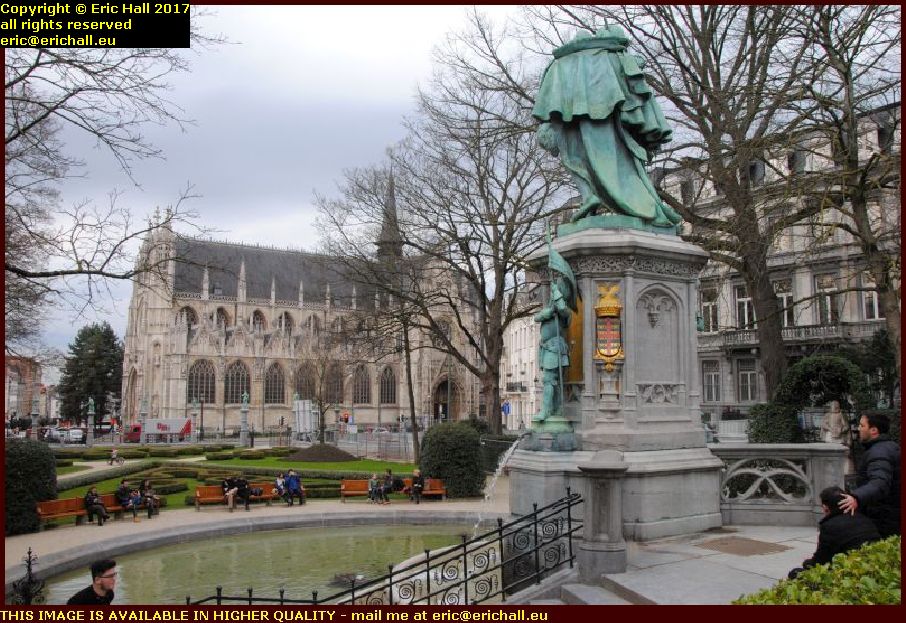 Our route was the old coach driving route that I used to do around the city centre, but with a couple of short pedestrian refinements. Stops for a couple of coffees here and there, a visit to the odd museum or two, and then a meal, and we were back here by 21:00, totally exhausted and I’ll pay for this effort, that’s for sure.

So I’m going to have an early night to give my legs a chance to ease off. I’ll have a shower later to help me to relax and then I’ll feel so much better. But right now, I’m putting my feet up.