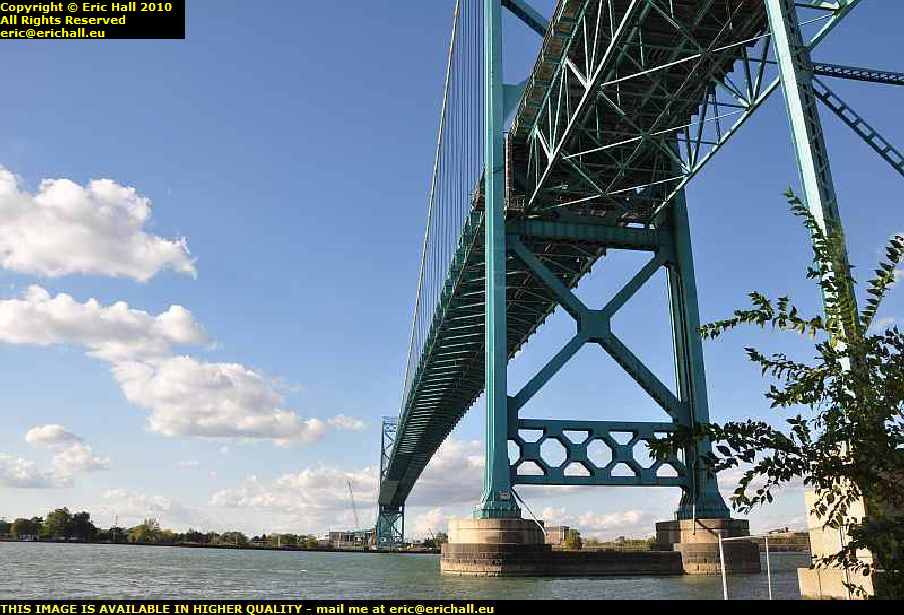 … and I’ve had my first run-in with the farces of Law and Order.

Yes, the United States of America getting the Canadian Police to do American police work on Canadian soil – that’s a weird situation isn’t it? Whose country is it anyway?

But then as someone once said to me, when you are living next door to a well-known paranoiac who is armed to the teeth and has no intention of obeying the law, then you’d be a little wary too.

But I’ve been in Canada less than 24 hours and all my illusions about the country have been shattered. 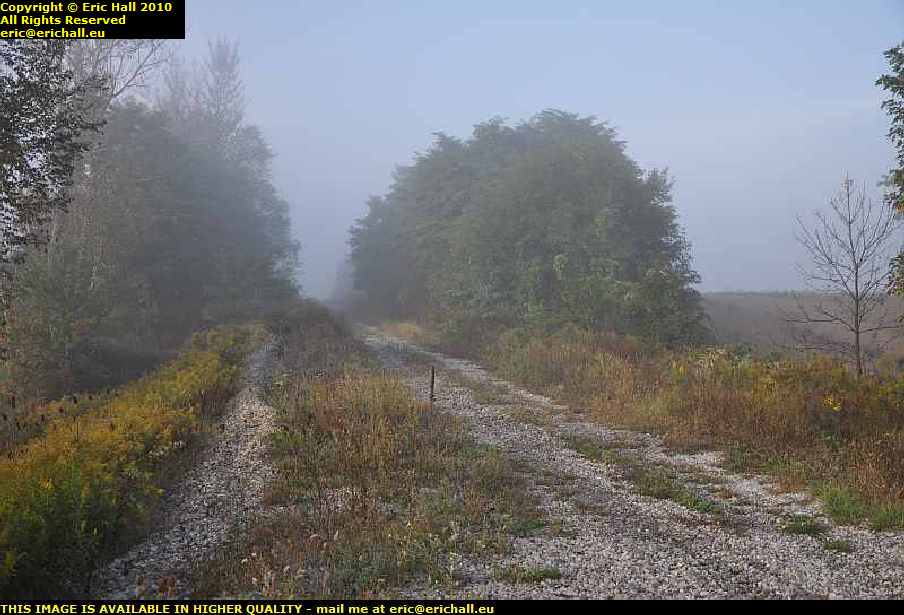 I set off this morning quite early and drove down to the shores of Lake Erie, which was swathed in fog and mist.

First thing that I encountered was an abandoned railway line. Apparently the Beeching Cuts in the UK were nothing compared to what happened to the Canadian rail network in the 1980s and a huge proportion of Canada’s rail network was lost.

Admittedly much of it was unnecessary duplication, with three railway companies building transcontinental railway lines within 20 miles of each other, but an awful lot of it wasn’t. 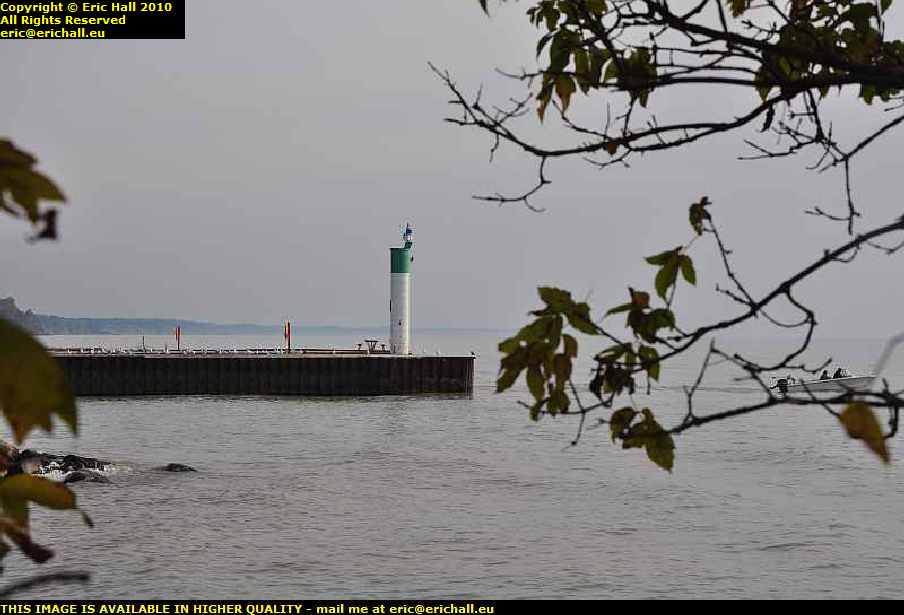 My road down to Lake Erie took me to the little harbour of Port Glasgow. This is a huge pleasure marina with all kinds of leisure activities going on.

There were several people around here and I had a couple of quite interesting chats – a fine way to pass the time. And the weather was now quickly improving – the sun was out and the heat had burnt away the fog. 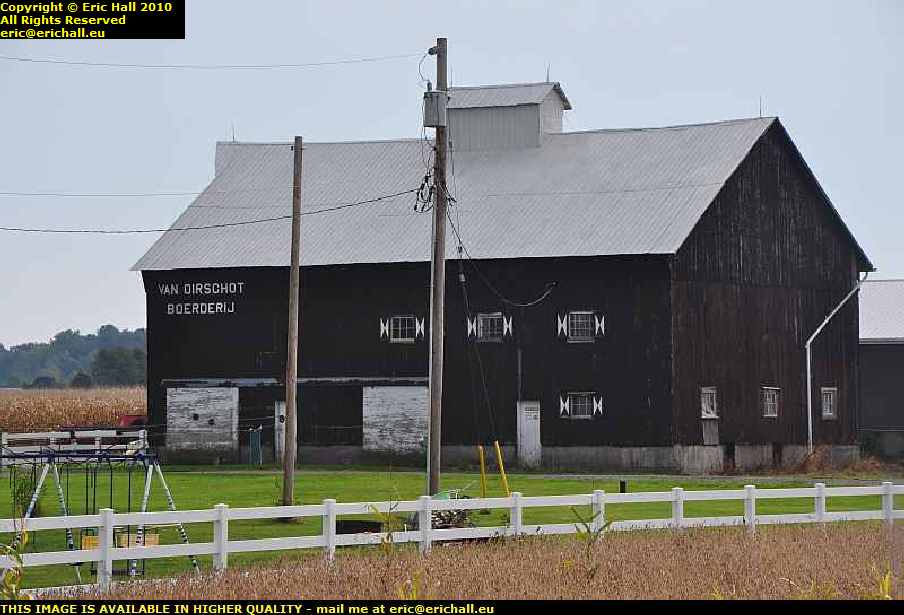 This brings a whole new meaning to the phrase “Dutch barn”, doesn’t it?

Just as in France, there has been a wave of Dutch farmers coming over to Canada. Land in the Netherlands is difficult to find and is frightfully expensive. Many young farmers have crossed the Atlantic in the search for a place of their own.

And this place is up for sale, with an estate agent named Verbrugghe – just as in France, the Dutch have started to capture the Estate Agency market. 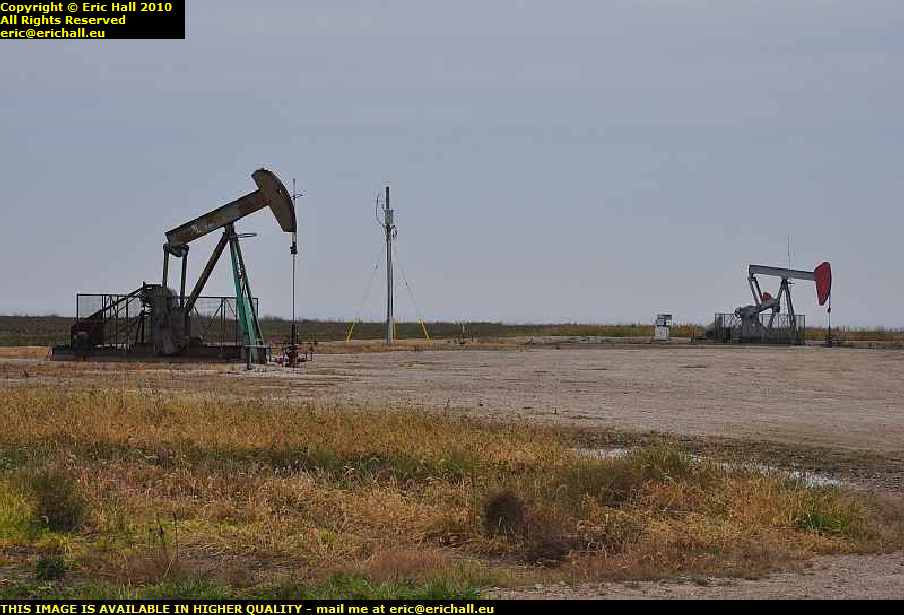 The whole of the shore of Lake Erie are covered in wind turbines, and I must have had to dodge about three or four lorries coming down these narrow roads carrying assorted bits.

But there’s also a small oilfield here. I counted about 20 small pumps and I’m sure that there must have been others that I didn’t see. I’ll have to look into this oilfield and see what’s going on. 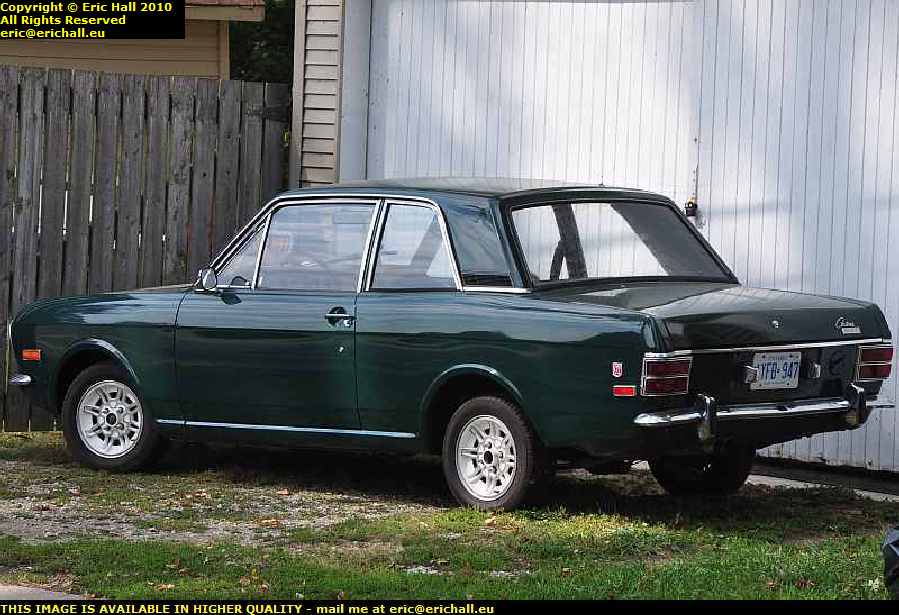 And old cars too – there are plenty of those around here in southern Ontario.

A casual observer might not find a Mark II Ford Cortina to be the most exciting of the cars that I could have depicted as an example, even if it is a 1600GT, but I have a very strong affinity with British Fords, going back to my childhood. And when I had my taxis, I had nothing but Ford Cortinas, but the later Mark III and IV versions. 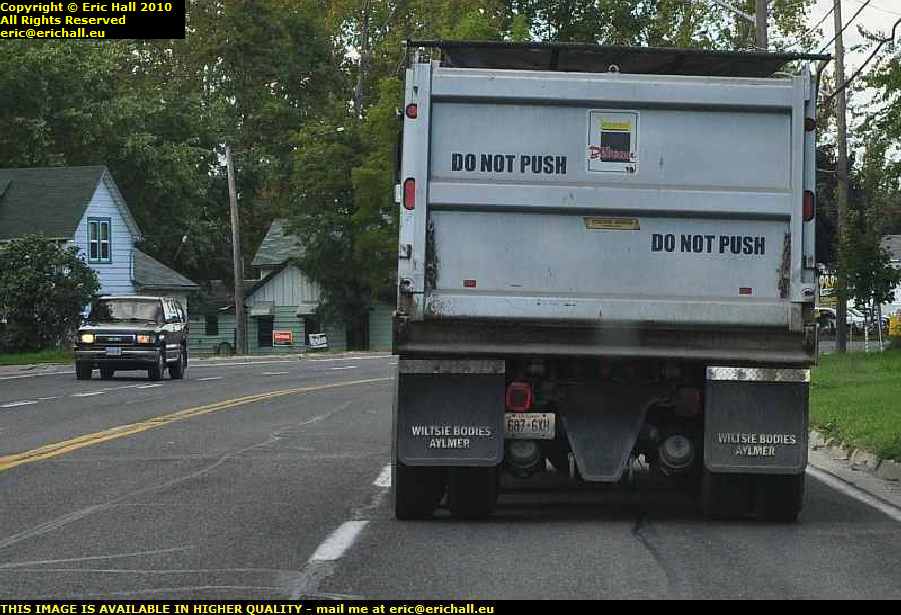 I was intrigued by this photo. I wonder what this “Do Not Push” on the back of this lorry is all about.

It does make me wonder what it is that Canadians have for breakfast, if people are worried about them being able to push lorries around. But whatever it is, I’d like to have a plate of it. It could come in handy with what I need to do back home. 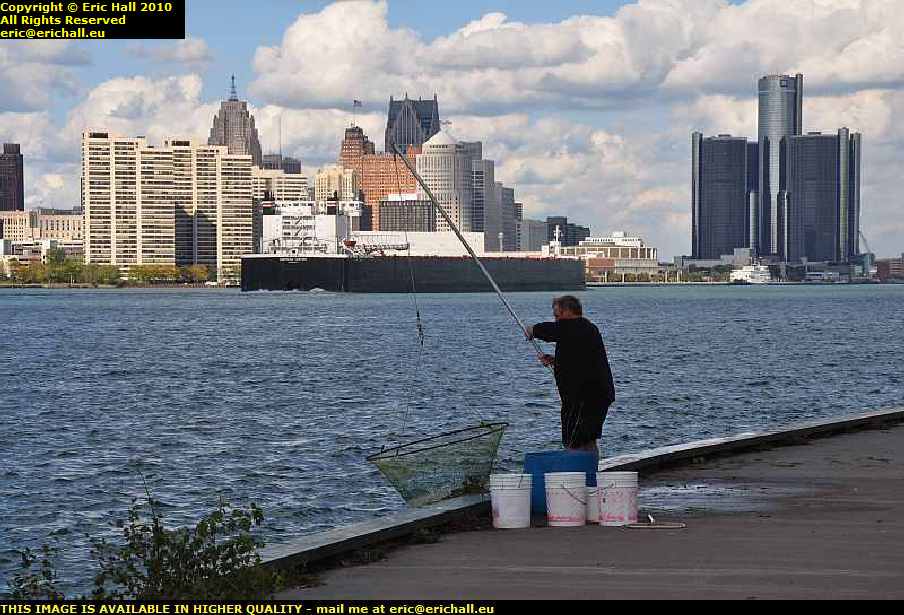 In Windsor I found a cheap motel, parked up Casey and went for a walk along the riverfront where there is an impressive view of Detroit, ships passing by, and fishermen trying to find something worth catching.

The weather had turned out nice in the end.

So while I was waiting for Katherine to finish her classes (I’d arrived a little early) I wandered off to take a photo of the Ambassador Bridge and for my confrontation with the farces of Law and Order.