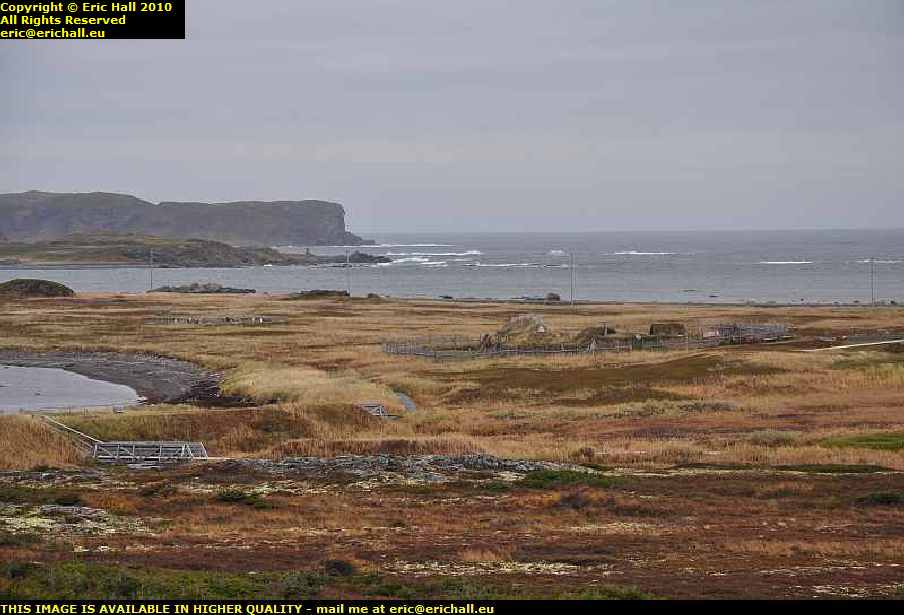 The view is spectacular and you can understand why the Norse chose this particular site.

There are two crescent-moon shaped bays, both well-sheltered, next to each other surrounded by cliffs to the prevailing northern side, and a low bank behind to stop the easterly winds. The boats could be brought right up to the village when weather conditions were right but a sandbank has intervened these days. 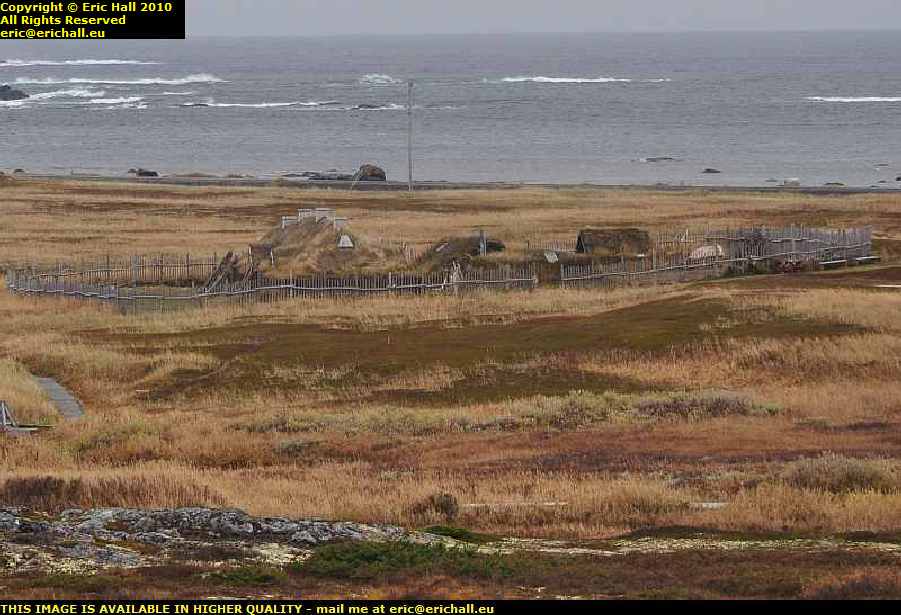 Unfortunately, the place was all closed up and locked, but having driven all of this way to get here, I was not going to be thwarted.

A visitor centre with a low roof miles from anywhere where there isn’t anyone about is not going to be a barrier to anyone who is sufficiently determined, and 10 minutes later we were in the park. 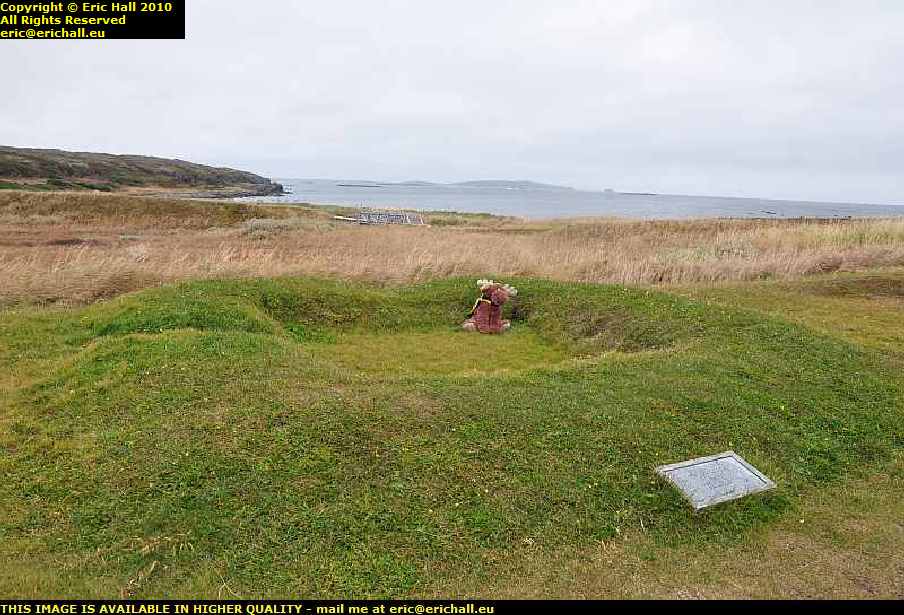 It’s a little confusing at first – they have built some replicas of the Viking buildings, but these are some way from the remains of the original Viking ruins.

The remains of the original buildings are surprisingly open. They are not fenced off at all to anyone so you can wander around them. 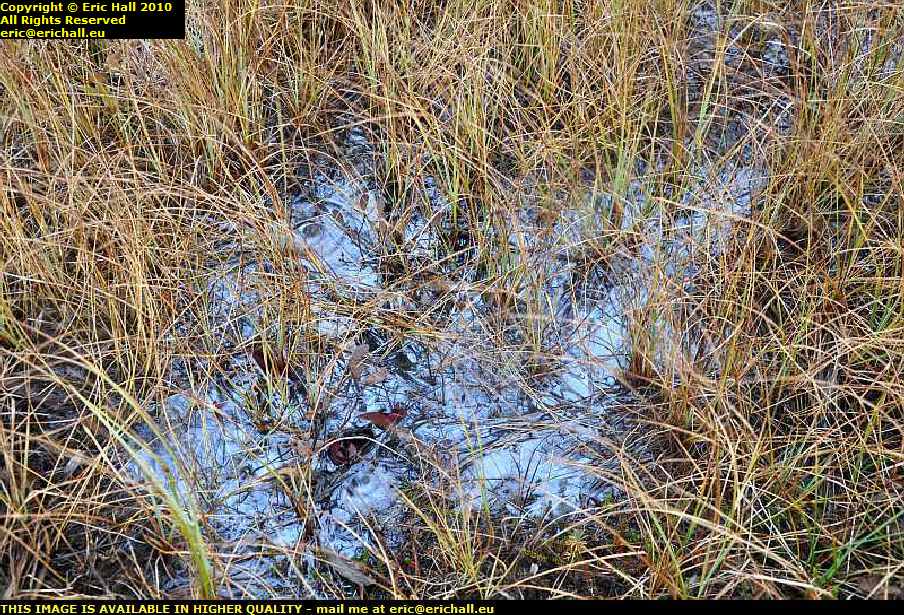 There are all kinds of traces of bog iron too just floating on the surface of the bog. The Norse travellers would have found this very useful to repair their ships.

But after that I had to clear off smartish-like because the heavens opened and I was soaked to the skin just walking back to the car. And I don’t have long here and I have a lot to do.

You may not think it but Newfoundland is huge, much bigger than it looks on a map and I have to travel from here, at the extreme north-east, down to the Marconi station at the extreme south-west, and its over 1300 kms, would you believe. 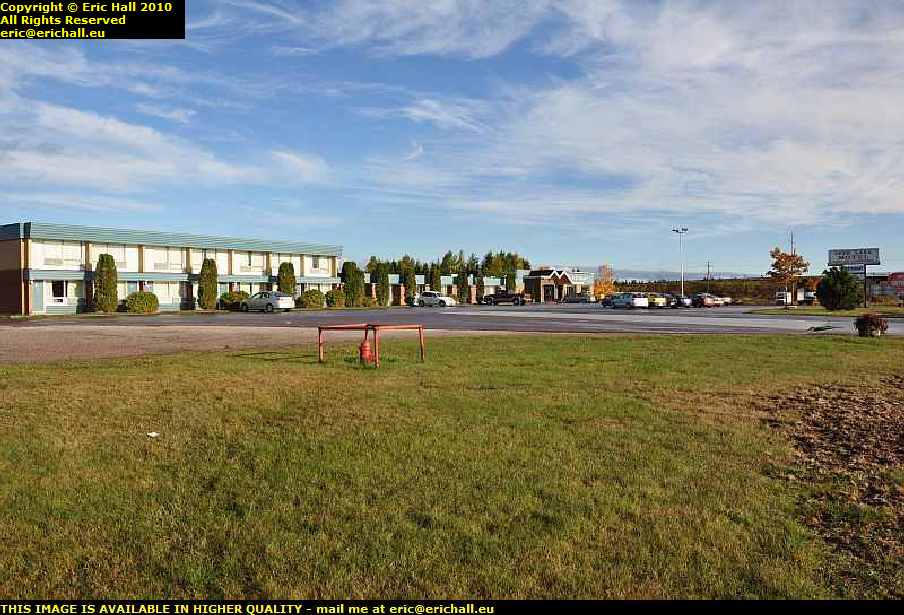 And so in a kind of minimalist mode I’ve made it this evening to Deer Lake where I can pick up the Trans-Canada Highway eastward.

The motel isn’t as cheap (by a long way) as I’d been hoping, but around here there are not so many choices. There was a cheap bed-and-breakfast but no-one answered when I knocked on the door. It made me wish that I had bought a mobile phone as well as a Sat-Nav. 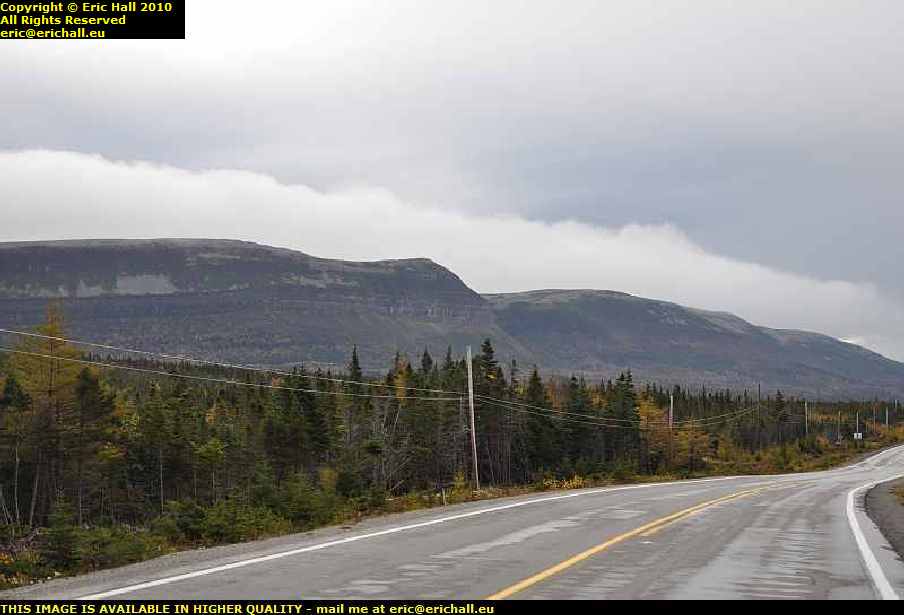 The drive along the Viking Trail down from l’Anse aux Meadows to here was almost 500 kms, you know and we went through some wonderful scenery, because Northern Newfoundland really is beautiful.

There are some really nice mountains and massifs and had the weather been better and had I had more time, I could have taken hundreds of photos along here but I was in a rush. 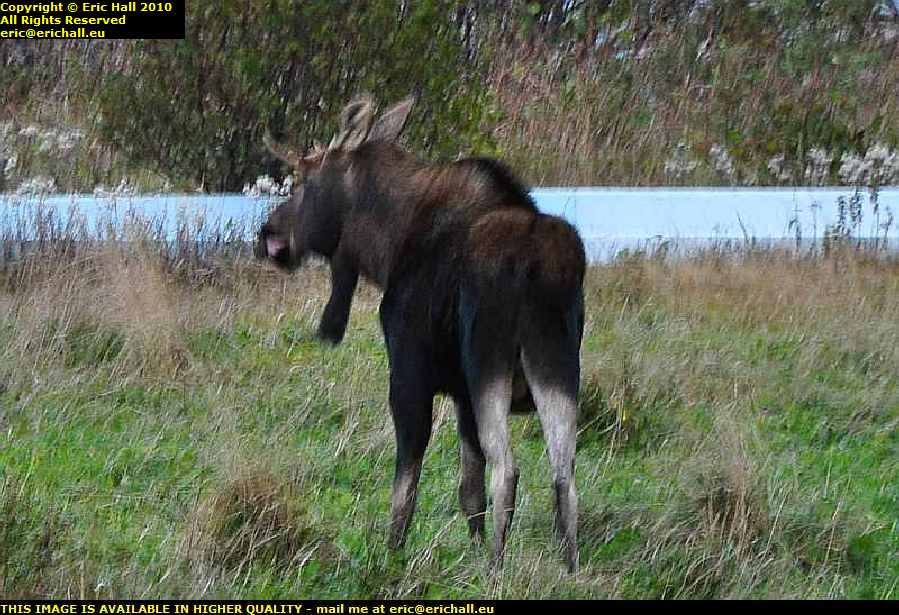 We also saw some of Strawberry Moose‘s cousins. One was quite a good clear shot which came out blurred due to the darkness that was surrounding me.

As for the second – there were about 3 vehicles in a line – I was the middle one – and in the darkness and we were travelling at speed, suddenly the front car slammed on his brakes and screeched to a stop, and we saw four long legs in the headlight beam disappear into the forest. He had just had a close encounter with a moose. It was noticeable that for the remaining 30 kms to Deer Lake his speed dropped from over 100 kph down to about 70 kph.

Tomorrow I’m back on the highway and I want to do all of it to Saint Johns in one go. If I can find somewhere cheap to stay I’ll do 2 nights there, visit Cape Race and the Transatlantic Air Museum, and then head back to the south-western corner (Newfoundland is like a big triangle) to my ferry Thursday night.