… that I would have learnt my lesson by now, but not a bit of it.

Does anyone still remember my voyage around Wyoming in 2002 and how I hardly had any sleep the first night due to having chosen, in the dark, a motel right next to a railway line? 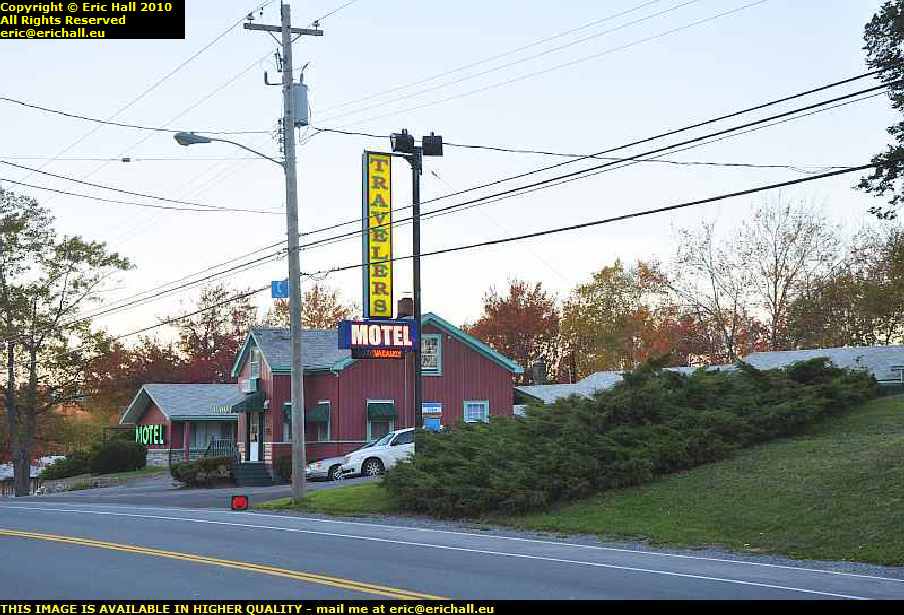 So here I am, on the outskirts of Halifax, Nova Scotia, and there’s the Canadian Pacific main line between the industrial centres of central Canada and the largest port on Canada’s eastern seaboard, and it passes right underneath my window.

My excuse, back in 2002, was that it was dark, so I’m going to have to think of a pretty good excuse for this one though as it was broad daylight when I arrived here.

But then again, at the first place (a cheap B&B), no-one answered (they had clearly heard all about me). The second place was full. The third place – I took one look at it, made my excuses and left. Yes, even I have principles and scruples even when travelling on a low budget.

And so a convenient motel with kitchen unit at $69, and that will have to do. At least I can cook some food and that will save me something. 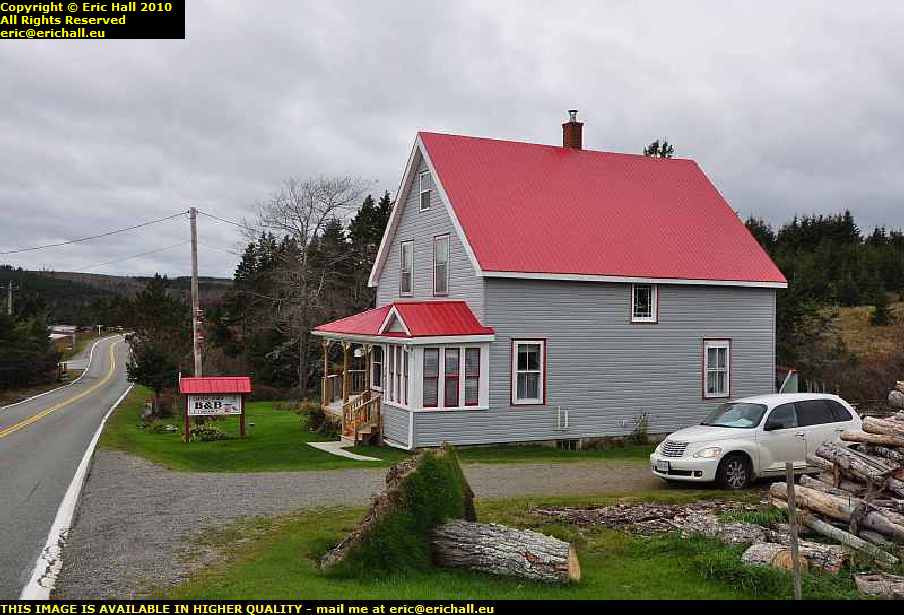 However, this is where I spent last night and I will say now that if I can ever find better value than this bed-and breakfast for just $45 per night all-in then I shall move in permanently.

Like everyone else that I have ever encountered on any of my voyages around the Maritimes (with the exception of those people in that museum – The Rooms in St John’s), the proprietors were extremely friendly, helpful and knowledgeable.

Furthermore, although they were Anglophones, the guy here had been a copper in Québec and so was perfectly bilingual and also had some kind of empathy with the Francophone communities around here.

They moved here about 30 years ago and in that time they reckon that not a week has gone by without someone leaving the area to move elsewhere, such has been the consequence of the collapse of the economy following the decline of the fishing industry. They recounted a long, almost endless list of local businesses that had gone – the loss of the local grocery stores being the most painful and now they have to travel miles for their food supplies. 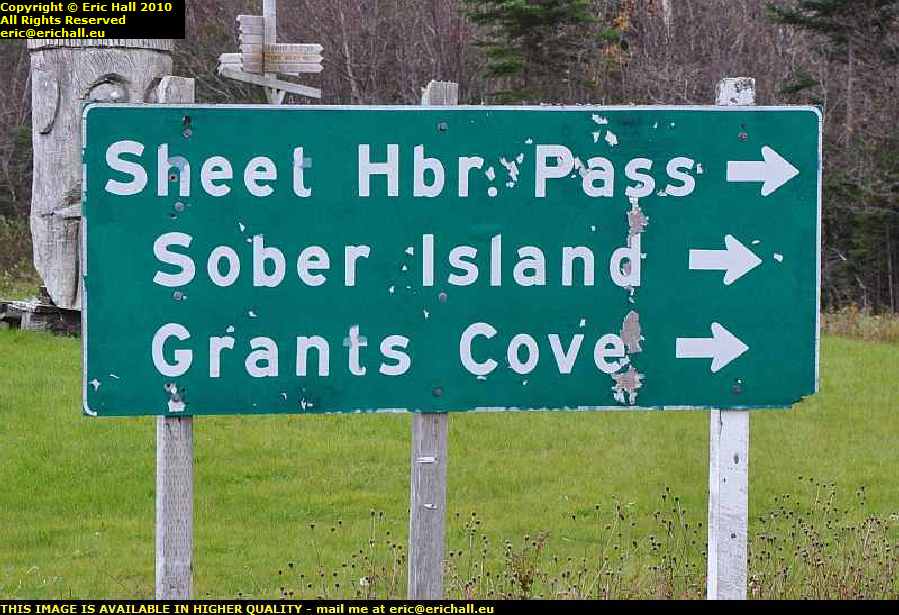 Now I have seen some strange place-names on my travels, that’s for sure, but the one just here is definitely the one that takes the biscuit to date.

It intrigued me, why they had singled this island out for special attention by giving it this particular name. The idea that there might be drunken islands lurching around in the Atlantic Ocean just off the coast here was rather a sobering thought.

But then again, maybe not. This coast is infamous for the amount of maritime accidents, collisions and sinkings of vessels and all that kind of thing, and that might explain it. 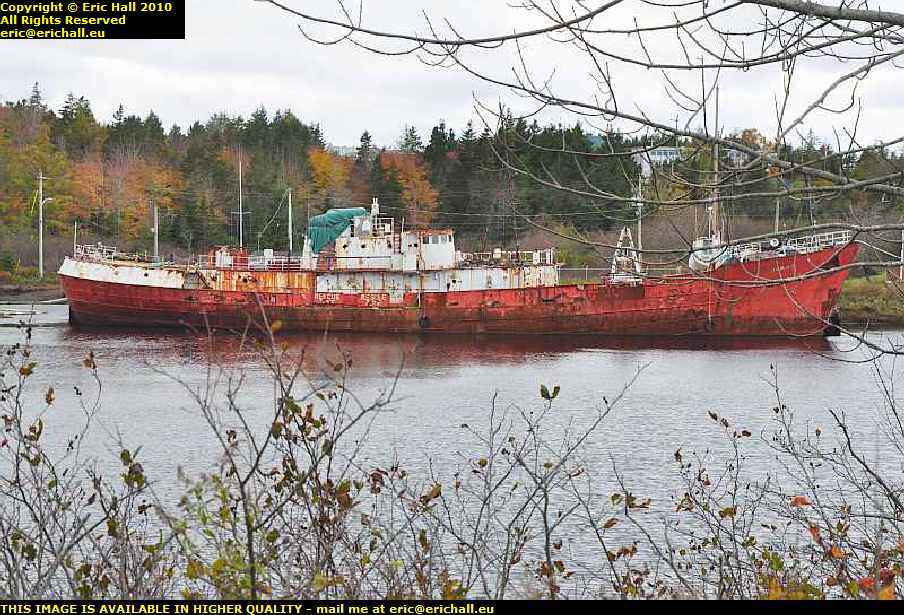 I had another leisurely drive along the coast today and nothing remarkable stood out (well, not that I am admitting to anyway) but I did encounter a mystery.

At a wharf alongside a river in a small town there was a ship (well, I think that it was a ship) that looked like it had just been raised from Full Fathom 5 after 50 years in the deeps. A rusting old hulk would have been embarrassed to have moored alongside it

So, with the silliest question being the one that is never asked, I headed off to the library. After all, librarians know everything.
“Ohhhh – that thing” she said. “They sailed it into here about 4 years ago ….”
“4? Or 40?”
“Definitely 4 or so. And it sailed in from Newfoundland” She replied. “And when it docked the people aboard ‘scattered like rats’ and they were gone. The police searched the ship thinking that there might be drugs aboard but they found nothing at all” 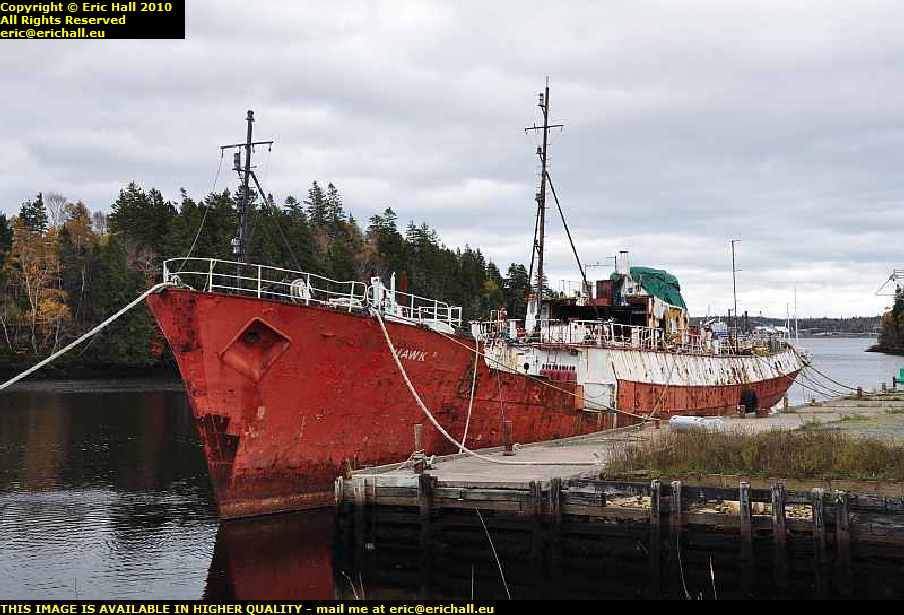 “So what’s it doing moored up there?”
“No-one knows” she replied. “But it’s a private wharf and as long as the mooring is paid the owner of the wharf doesn’t care about it”
“So who’s paying the mooring fees?” – I mean, you have to ask the question.
“Now there’s a good question” she repled.
And good question as it might be, she didn’t give me any answer.

What has taken my by surprise just here is that I came this way in the winter of 2003 when I was quite ill, and I made no comment whatsoever about the railway museum at Musquodoboit. Was it not here then? I ask myself. How would I not notice a railway museum? I really must have been ill. 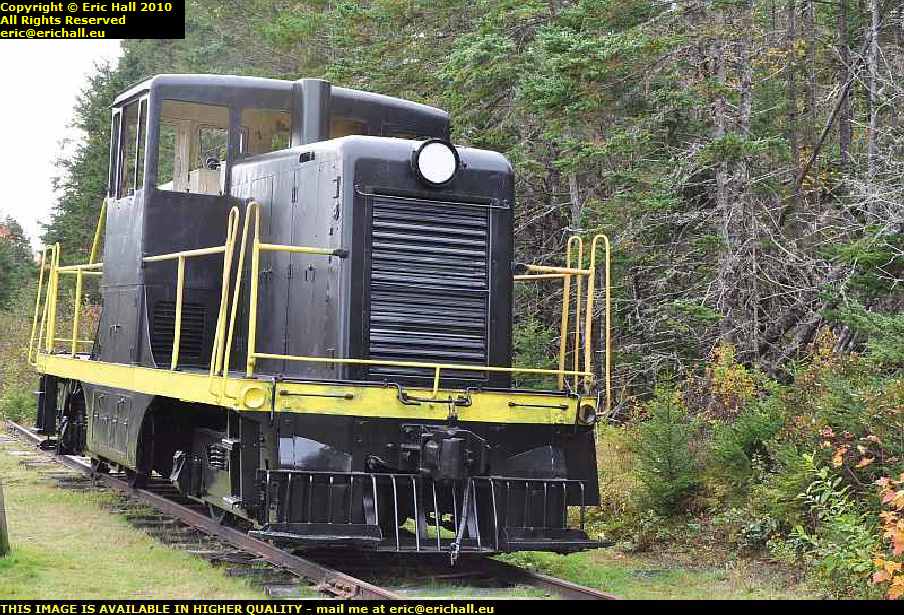 Another thing that has taken me by surprise here is that for once in a provincial Canadian railway museum there is actually a locomotive. I mean it’s not actually a locomotive in the same category as a Pacific 4-6-2 or a Garrett articulated 2-8-8-2, but it’s here and not being turned into a thousand baked bean tins and that’s something, I suppose.

I’m having to really think if I have seen another engine before at a wayside place like this, and I can’t say that I have. There was the steam locomotive that was a stationary exhibit on the waterfront at Windsor but that was about it I reckon – "it was as recently as Baie Comeau actually" …ed

And so here I am in Halifax. I’ve been here twice before, in 2001 and 2003 and on both occasions I was rather ill, and so this evening I’ve been out taking pics – after all the ones that I took on those occasions with cheap compact digitals just didn’t work out at all. 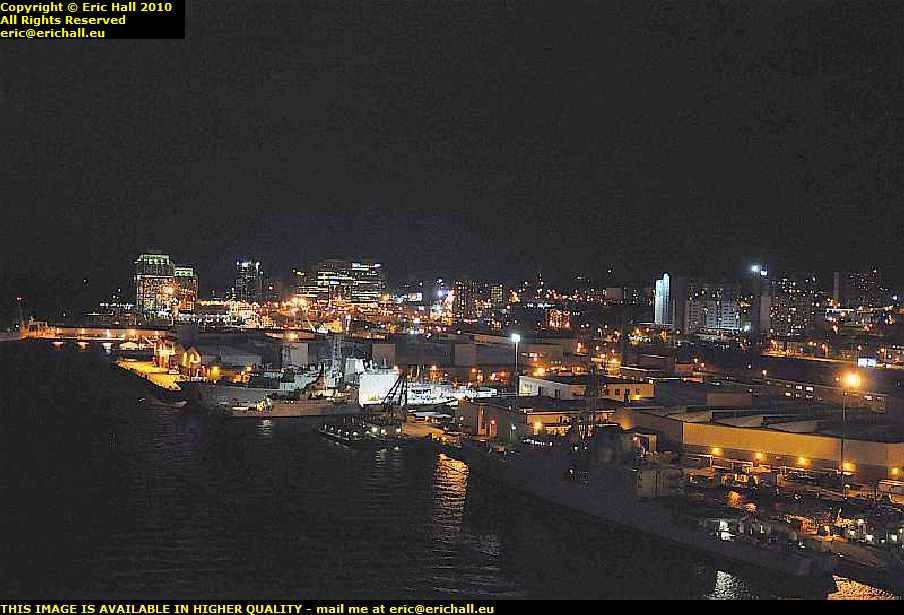 This photo is much better.

It was taken from up on the Angus MacDonald Bridge, the bridge that goes across the Straits between Halifax and Dartmouth. That’s Halifax down there, with the Canadian Navy’s Eastern seaboard base in the foreground.

It really was quite eerie walking around here in the dark retracing the steps that I had taken in my previous visits when I was trying to take pictures like this armed with nothing more than a cheap basic compact digital.

Here, with a top-of-the-range DSLR and an optional-extra zoom lens that cost a lot of money at last I’ve been able to make some of the pics look like something useful.

And if you want to see more of the photos that I took, your wish is my command