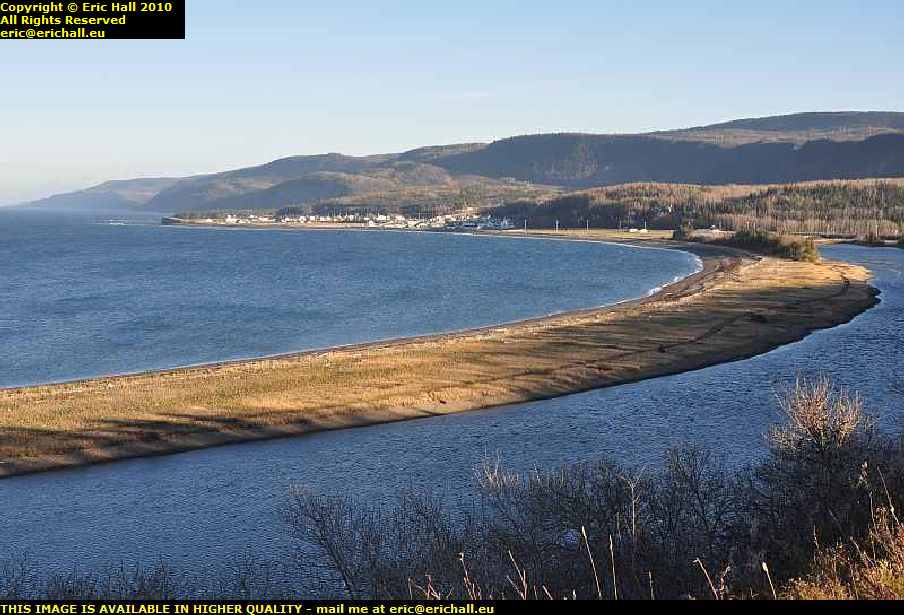 … I can show you some more pictures of the Gaspe Peninsula to make you realise just how beautiful it is and how happy I would be to stay on here.

In fact I’m still here now despite my words of yesterday, for I missed the 17:00 ferry by a country mile. That was mostly because I had spent a nice hour or two wandering around the town of Gaspe to see what there was to see – of which there was plenty. 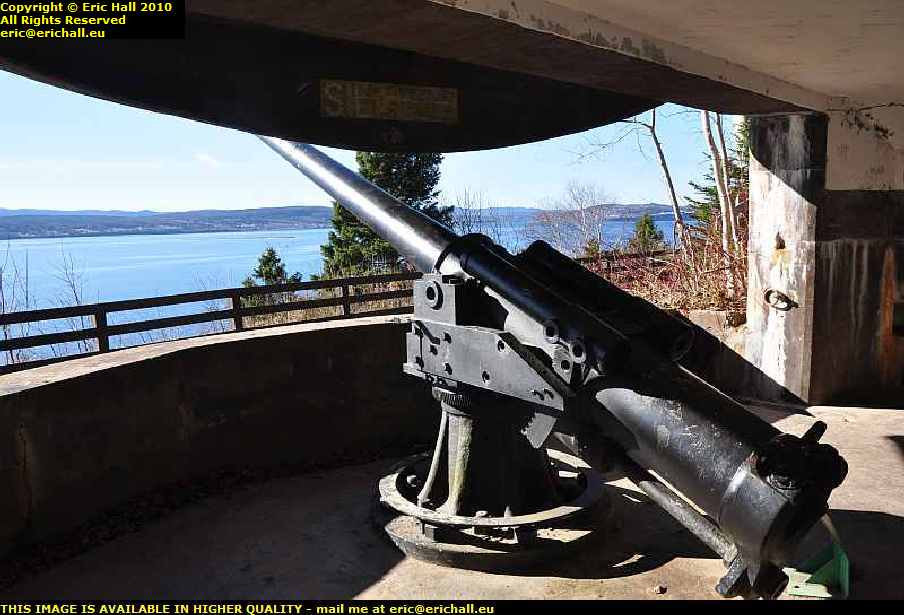 I then went off down to the headland for a nosy and I was still there at 13:00. One claim to fame of Gaspe Bay is that it was fortified as a base for the Royal Navy if the UK fell to the Germans in 1940 and not only is there a fort in the hills to protect the harbour, it also still has its guns.

And after a bit of a clamber and a hike across the cliffs I managed to track it down. And yes, its guns are still there as you can see. 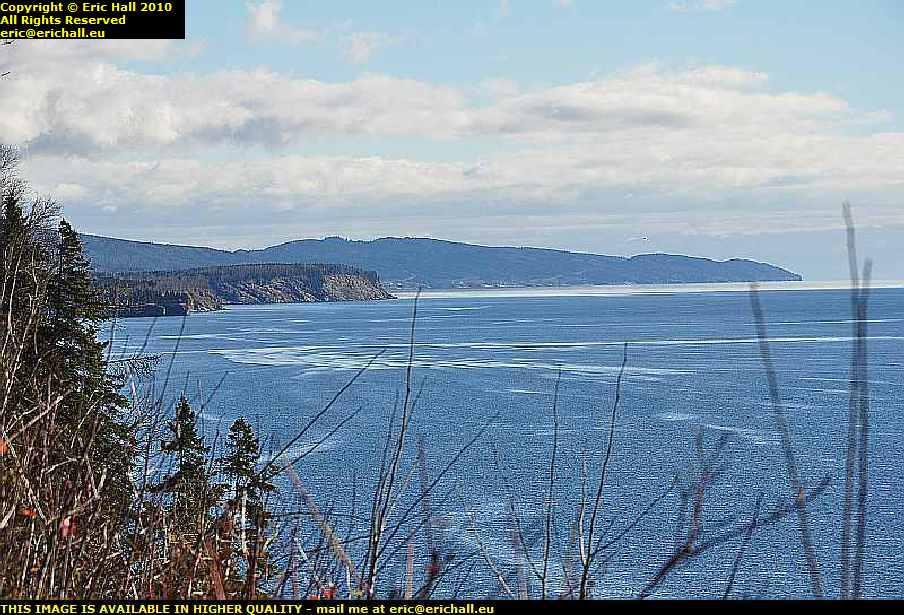 I couldn’t get down to the far end of the Point though. What with one thing and another (and once you get started you would be surprised just how many other things there are) I’d left it far too late to go there on foot. It’s not possible to go all the way down to the end.

But not to worry. There were still plenty of things to see in the area and I can always come back here again, can’t I?

Now followers of my outpourings will know that I wrote some stuff about the coffin ships – the sailing ships that took the Irish to the New World in the wake of the potato famine in the late 1840s.

I mentioned the cholera that they endured and there was also the starvation on board ship if supplies ran out, as well as countless other sufferings that the passengers had to endure. 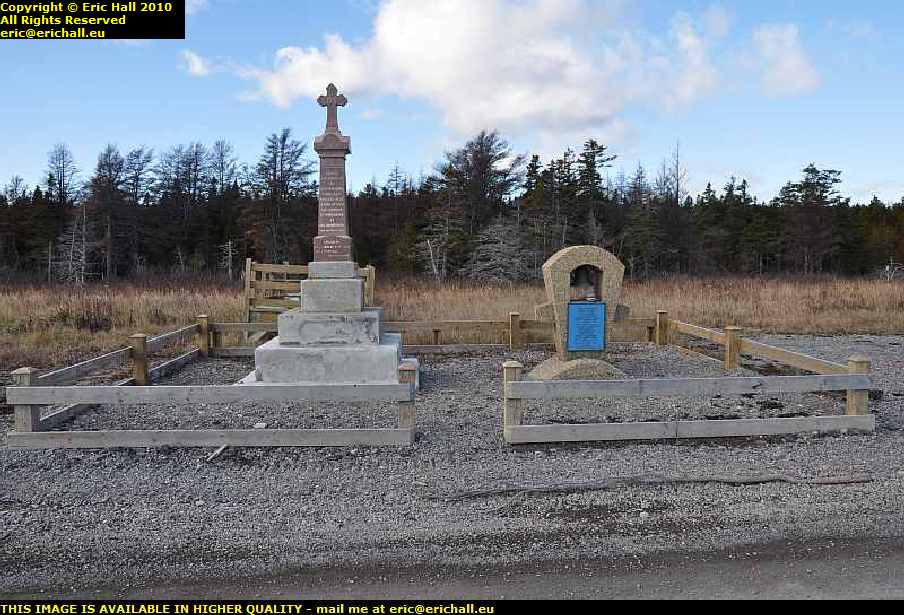 But one suffering that must always have been on their minds was the risk of shipwreck and I went to visit the site of the shipwreck of one such coffin ship – the Carrick’s of Whitehaven out of Sligo that ran aground just off Gaspe Point on 28th April 1847.

It’s pretty much largely forgotten now, being isolated in the middle of a huge new road system (such as would be huge out here) and the monument to the 187 immigrants lost and the communal grave of the 84 whose bodies were recovered is nevertheless pretty poignant.

There was a further update to this story at the beginning of June 2019.

There has always been an apocryphal story about a mass grave relating to victims of the disaster, and starting in 2011 following a severe storm, bones started to be washed ashore close to the memorial.

This was followed by the unearthing of several other sets of bones on the beach in 2016.

An analysis of the bones was published by Parks Canada, which suggests that the age of the bones together with the likely diet identified during a DNA analysis corresponds with that which one might expect to see in victims of the Carrick’s disaster. 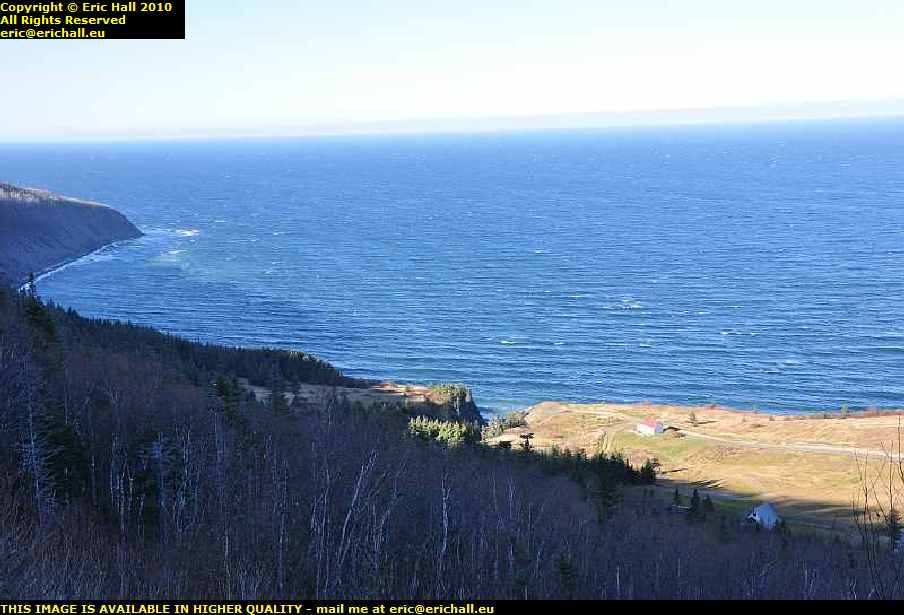 You might remember me talking about Marconi and his bouncing of messages across the Atlantic. Of course once they reached land at Cape Race they would need to be bounced by shore stations and we saw one of those on the coast of Labrador.

The next one further down is on the north shore of the Gaspe Peninsula here at Pointe à la Renommée and after trekking about 6kms down a dirt track that would be a match for the bad ones of Labrador and then descending 150 metres to the shoreline I managed to find the remains of that as well. 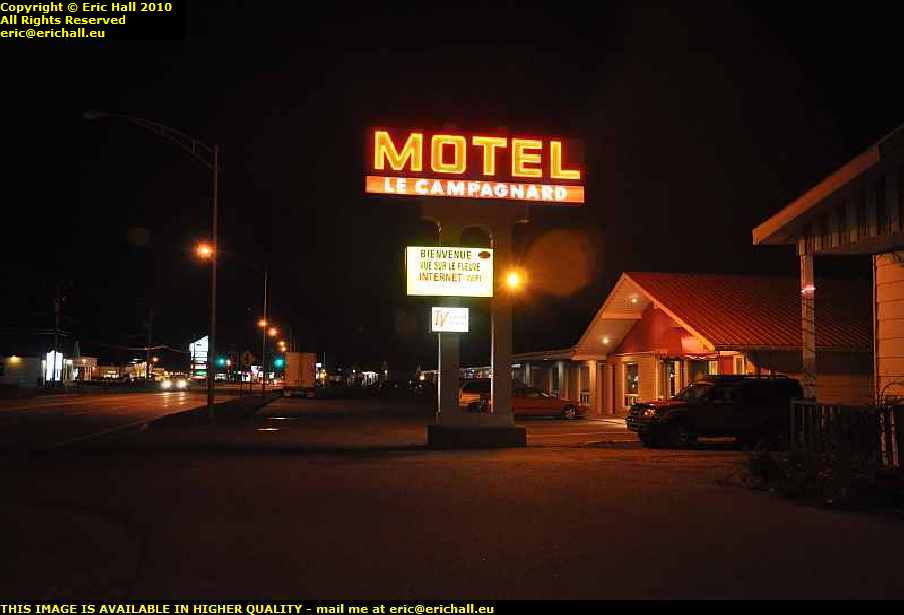 And so I’m still on the Gaspe – in a motel in Matane.

It’s Thursday tomorrow so there’s only one ferry and that’s at 08:00 so that’s a 06:00 alarm call. I won’t be up for long. And if I can’t get a place on that then I shall have to drive down the south bank of the St Lawrence and head for Quebec City that way.

I can’t afford the time to wait until Friday to get across.