… for the first time since I’ve been back. Ist port of call was the cheapo car spares place in St Eloy. Despite his shop, he knows nothing about whatever it is that he’s selling and couldn’t understand amp-hours for batteries and the like. He ended up measuring the battery tray in Caliburn and trying to sell me a generic 95-amp-hour battery that would fit – for €109:50.

But of course anyone who remembers the discussion we had about tyres when we were building the trailer will recall this kind of performance, and from the same guy too. The big tyre and exhaust place in Montlucon will sell me the correct battery (a 92-amp-hour battery as it happens) by one of the leading makes of battery manufacturer, and for just €10 more and so I reckon that that is the route I’ll be taking.

Monday I’ll need to book Caliburn in for his service and order the battery so that it arrives at more-or-less the same time. I might even treat myself to a night in Montlucon while the work is being done.

Round the shops, Carrefour is getting worse and worse but LIDL is still the same. They were having a music sale this week and so I bought a guitar stand for the agnostic guitar. I’m still humming and hahing over an electric 6-string and I’m still regretting not buying that Hohner 6-string that I saw in that junk shop in Boulogne two years ago. 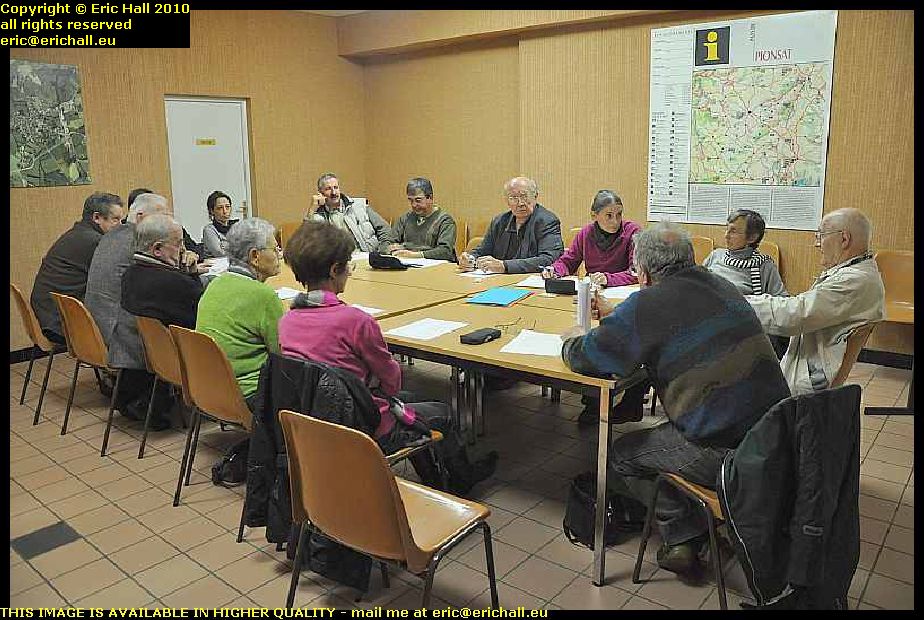 This afternoon we had the Annual General Meeting of Pionsat Patrimoine – the local history group. And for a change, for a body of intense and passionate people, the meeting moved along quite smartly.

I seem to have managed to have had myself elected to the organising committee (heaven help them) and we’ll have to wait and see what tasks we are offered once it’s properly up and running.

After that we went for coffee and a chat and much to my surprise I was there for a good two hours. Not like me at all, this. Normally I’m the first to bolt for home.

No footy either – it’s a bye week during which clubs might catch up with outstanding fixtures. But the season has run pretty smoothly so far, said Jean-Pierre who plays for the 3rd XI and who had his pizza van parked up on the square at Pionsat.

But at about 15:00 the heavens opened and it’s been pouring down all night. I hate this weather.