And I’m not talking about the thunderstorm either, which was wicked and I do mean “wicked”. There’s a leak around my window as I may have said before, and there was something of a puddle on the floor when I awoke this morning.

But “awoke” is a big word to use because I don’t remember going to sleep for very long at all. I was tossing and turning right through the night and didn’t manage to settle down at all. If I did manage to find any sleep at all last night, it wouldn’t have been much. 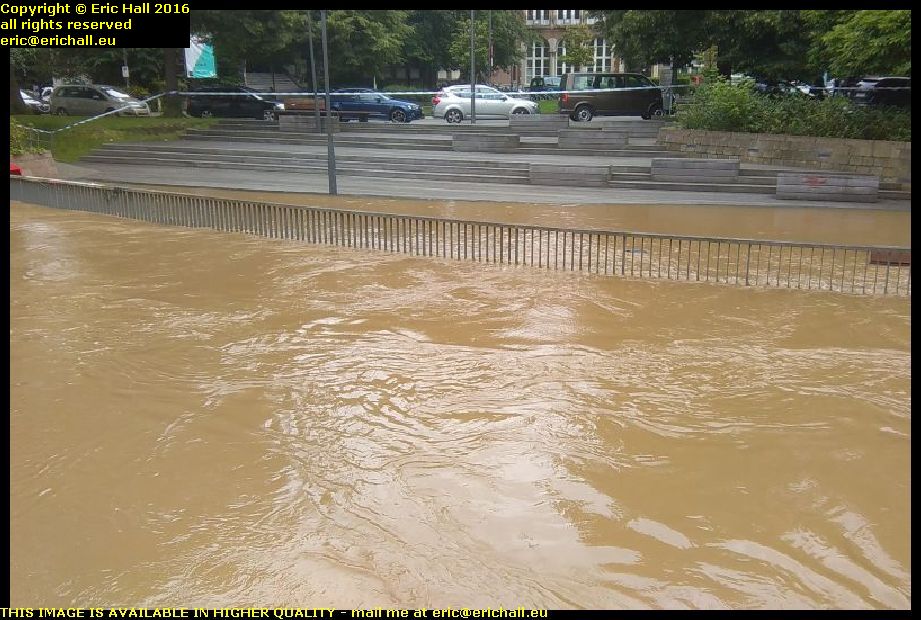 After a few hours updating the blog (I’m well into June 2010) I went into town to do today’s shopping. My route took me as usual past the River Leie on the edge of the city centre and so I went for a butcher’s to see what the thunderstorm had done to the depth of the river.

As you can see, we really did have a pelting last night. There’s almost as much water in the river as fell into my little attic room last night. 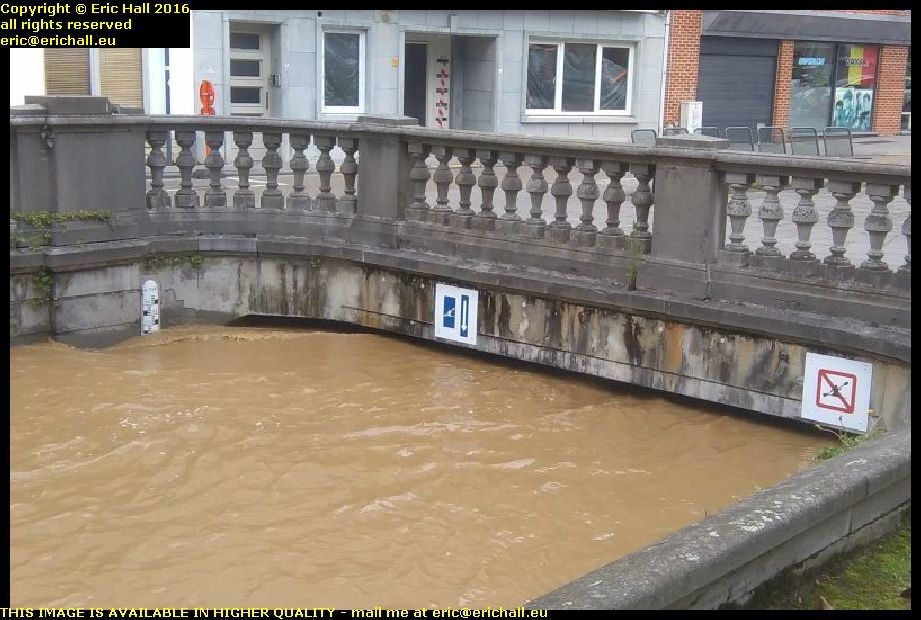 You might not believe it, but that is actually a bridge, and underneath it you can usually paddle your own canoe or whatever you might have. But there’s not much chance of that today.

It wasn’t just the depth that was impressive but also the volume of the water. It was a raging torrent and I wouldn’t have liked to have fallen in there. The crowds of people loitering around and photographing the scene were just as impressed as I was

After lunch I carried on with the blog – rather half-heartedly admittedly as my heart isn’t in it, what with the weather and the uncomfortable surroundings.

And I’m not allowing myself anything to drink either, which is agony for me in this hot and oppressive atmosphere. I’m having serious water retention problems and I’m sitting here all day from morning to night in my shoes because if I don’t put them on first thing in the morning, I can’t put them on at all. My legs are swollen right up into the thighs. And not only that, my left arm is swelling up too. I’m really in a bad way right now.

And as for the other major news of the day, you doubtless already know it. How can a nation be so completely stupid? It seems that the Brexiters were taken completely by surprise by their victory as they started backpedalling within an hour or two of the results being declared. That doesn’t look very comforting, does it?

Even worse, the British economy has collapsed, just as everyone predicted that it would.

And it will become worse too. Just you wait and see.