… I had something of a better night last night, falling asleep in the middle of a film at 22:15 and managing just one wander down the alleyway. I’d done some tossing and turning while I was in bed but nothing like as much as recently, and by 05:45 I was pretty much awake. 07:00 saw me with a coffee and a laptop, doing some work, and when was the previous time that you had ever heard of this?

It gave me an opportunity to write down where I’d been during the night before I forgot most of it (an experience that has been far too common this last week or so), and here we go.

There was a bunch of us in the Lion and Swan (the Boddingtons pub in West Street, Crewe) and it was after hours so all of the doors were locked. There was a banging from the window and someone from outside asking “I’m looking for a job. Is there any work available?”. The landlady went out to see and it turned out that it was some man, an Irish guy, who was doing the rounds trying to find work. The landlady made a few enquiries and found out that this person was under some kind of obligation to stay in Ireland and she was wondering whether the relevant people knew that he was now turning up in Crewe looking for work as if he intended to stay here.
From there, I rambled off into some James Bond-esque kind of adventure (we’ve been doing a bit of this just recently) involving some person who had gone missing. This involved a search of several places, some of which were quite impressive houses of the type that you would only find in Mayfair, but searched they were just the same. One of these houses was occupied by some kind of dowager-type of woman who dressed in keeping with her status and property and she allowed the search to take place but at one point, she simply disappeared. The hero made an inspection and discovered that there seemed to be a false panel in the wall and he reasoned that she had slipped behind it. He simply loitered in the vicinity because he was sure that she would reappear. And sure enough, she slipped out from behind the panel (where there was a stairway leading to a secret part of the house). As her head came into view he hit her so had in the face that the term “a glass jaw” was never ever more appropriate because you could hear the crash and tinkle right the way through the house. 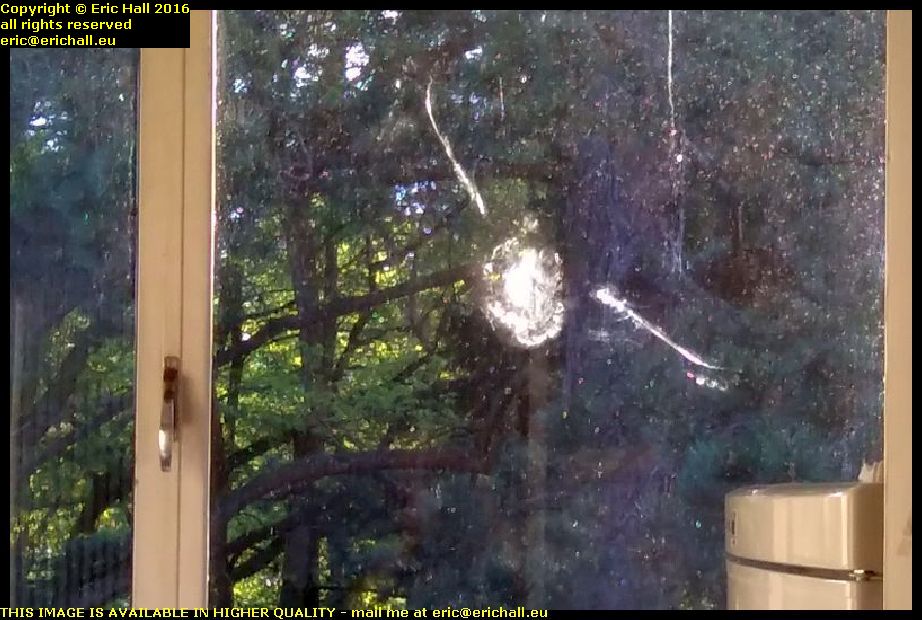 While I was down at the kettle making my coffee, I noticed that we seem to have had a bird-strike during the night. I don’t remember seeing this outline on the window yesterday. And this looks very much owl-like if you ask me, poor thing.

I think we should be told. 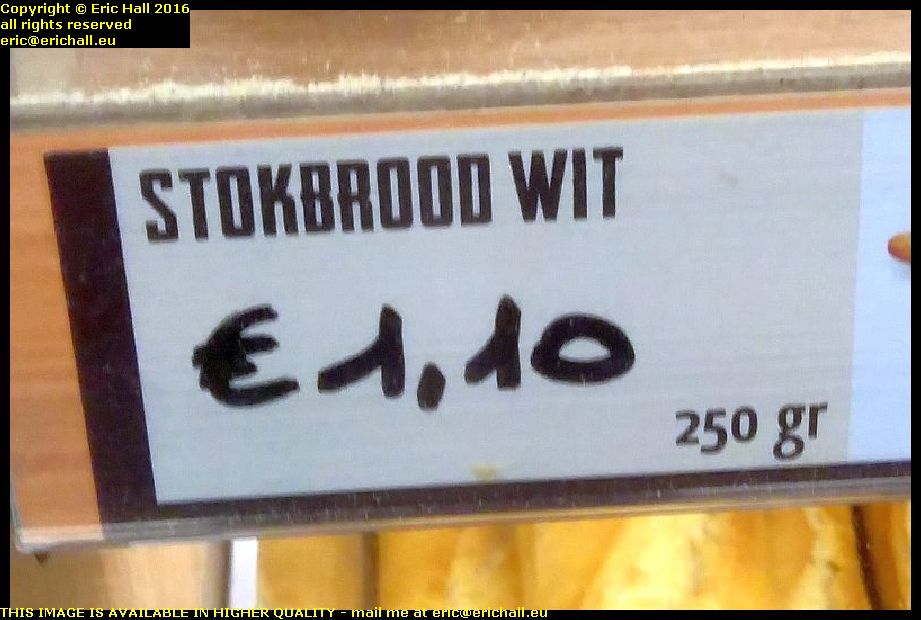 Once breakfast was out of the way, I needed to go off and organise my baguette for lunch. This involved, as usual, a trek of about 100 miles to the Spar shop at Lubbeek because there doesn’t appear to be anywhere closer

This is the baguette here, and those of you with eagle eyes will notice the weight of the baguette on the label because it’s going to be quite important in a very short minute. 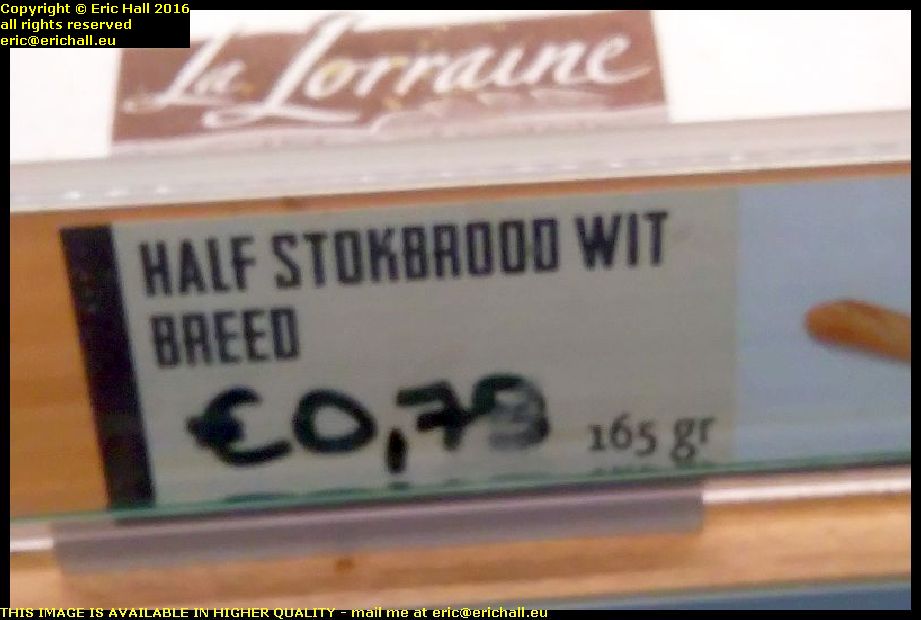 Regular readers of this rubbish will recall that Belgium is “special” and Belgian maths are no different in this respect.

And now check your answer with the weight shown in this photo just here and see if you are correct according to Belgian mathematics. How did you get on?

And so apart from that, I’ve been bashing out the blog – or, at least, the month of April 2011 – to make it conform to the new in-house standards. This has been quite a complicated month to do, and for a couple of reasons too.

Firstly I had to completely revise several entries for that month. Some entries were done in haste and would benefit from a complete revision. Not only that, a couple of them were quite important, if not significant, and so it was quite important that they were as complete and coherent as possible with as many photos as possible too.

Secondly, some blog entries didn’t exist. Back in the older days of this blog, if I were on the road I would blog whenever I had the opportunity, incorporating two, three, or sometimes many, many days into one entry. More recently though, I’ve been blogging every night (or sometimes, first thing the following morning) and if there was no internet access , I’d save them as text files and add them individually at the next opportunity. This is how I want my blog to be and so I’ve had to revise a pile of entries in order to reflect the “day-to-day” nature of the blog.

All of that has taken me all of the day, believe it or not, and I’ve not long finished. I did however have a little cheat and crashed out for over an hour at 16:00. And while I was “away”, I was watching a film, Carry on Christmas (and I don’t mean the cameo TV programmes but what passed as a real full-length feature film) in the company of the girl who has been described on these pages as “the one that got away”.

I spoke to Liz on the internet for ages too, and had a repeat of the delicious tea that I had last night – and it tasted even better too.

So tonight I’ll have an early night, watch a film, and prepare for an early start again tomorrow.