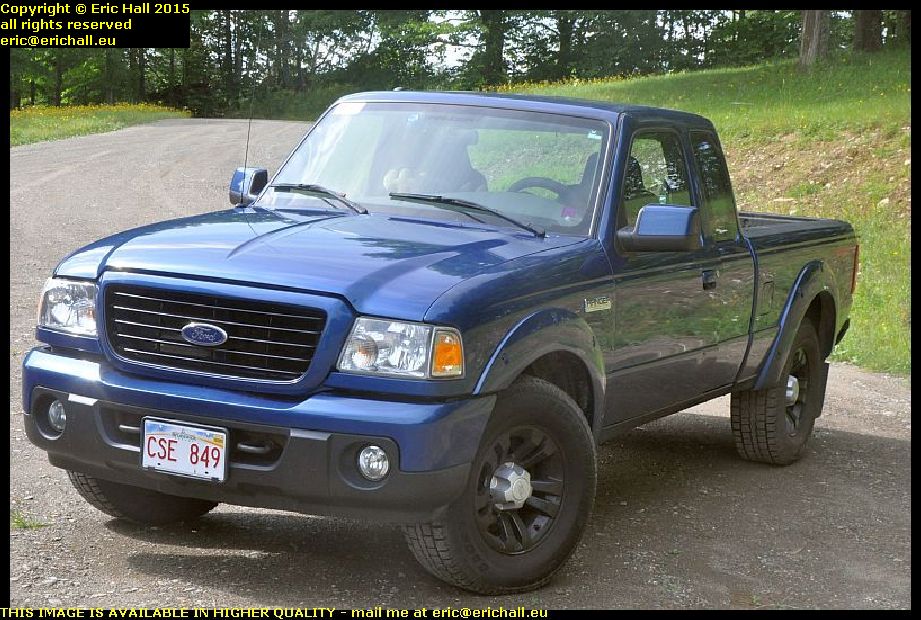 He now has his number plates fitted.

And I would like to say that he is totally street legal, but I can’t quite say that until Monday.

In fact he is, but the insurance certificate is made out with his temporary number plate, and this needs to be changed to his permanent number. It’s not desperately important to do that but if I’m going over across to the Great Satan, I can imagine all kinds of complications. I can get into enough trouble over there without actually asking for it.

This morning we had this wheel to refit onto the golf cart, and seeing as how I took it off, I reckon that Amber should put it back on. A girl of 12 has to start somewhere, especially if there is someone there to supervise and give advice, and all in all she was quite good at it

The parts for Strider had come by the time we arrived at the tyre depot so we stuck him up on the lift. Changing the plugs was another task that wasn’t as easy as it might have been. The engine in Strider is a basic “Cologne” V6 of 2.5 litres bored out and enlarged to 4.0, and while those engines were really simple and easy to work on back in 1962, the addition of all kinds of emissions control mechanisms have covered everything up and makes it difficult to reach.

The nearside plugs are a nightmare to reach, but we had the brilliant idea of taking off the wheel. Doing that, the plugs were quite easily accessible. And we soon found the cause of the misfire. The most difficult plug to reach (but easy from through the wheel arch) was cracked. It looks as if someone has had a go at taking it out from up above, cracked the porcelain, and then given up.

After many interruptions, Strider was finished but the number plates STILL hadn’t come. And so I went round to where I bought him from and the boss was out but, sure enough, there were the plates and the registration document sitting on his desk. His mechanic fitted the plates for me and there we were.

The trouble is that now it’s 17:00 and the insurance offices are closed until Monday. Hence I’ll have to wait until then to change things around.

I went off up the Highway to the New Brunswick-Quebec border through a tremendous thunderstorm with the cruise control set at 120 kph all the way. ON the way back, just about to pull off at Grand Sault to pick up the supper (Rachel was Tupperware-ing at Nackawik) and Rhys rang up for a chat. As a result I was home later than intended.

But the good run seems to have cleared out Strider a little. He’s running a little freer than before and it looks (at first glance) if he’s doing better on fuel although I’m not counting my chickens before they have hatched.