We had another “sleep of the dead” last night – this change of air must be doing me good. So after a shower I went off to see if my room rate included breakfast, but of course it didn’t. Whatever was I thinking of? Breakfast is another 11:00CHF. It’s a good job that I picked up those bread rolls last night. 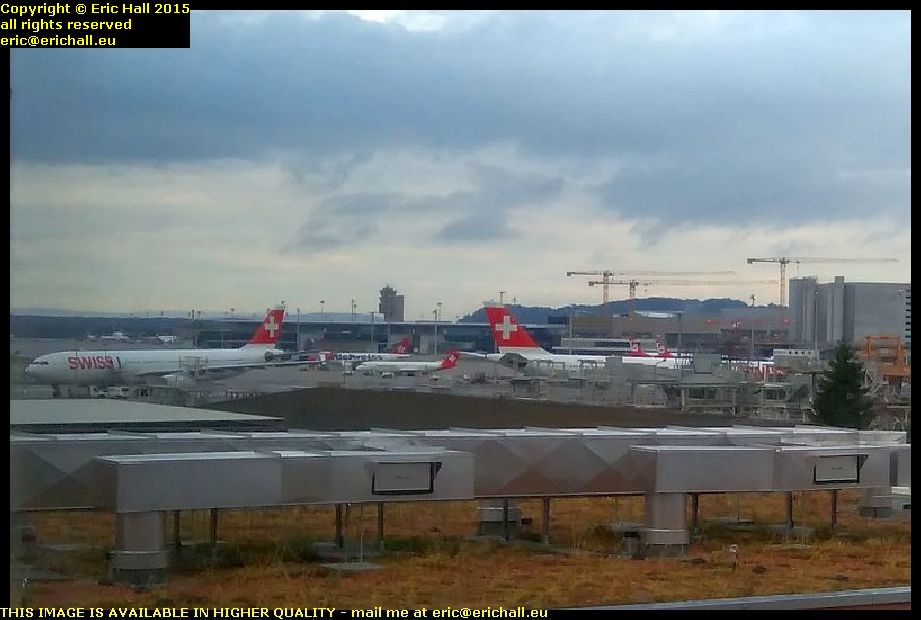 On my way back to my room though, I couldn’t help but admire the view from the window right outside my door. I thought that I could hear aeroplanes close by.

So in a minute, I’m off back to the airport even though there is hours before my flight. I might find a power socket somewhere that I can plug into – there are none here of course.

The tram came pretty quickly (so quickly that I forgot to photograph it) and the journey was quite simple. And while I was travelling to the airport, I came to a conclusion. My really bad experience last night was caused by nothing more than my lack of preparation – and the hotel can take most of the blame for this (just for a change).

Had it been clear in the hotel’s publicity that there was no shuttle to the hotel (but trams 10 and 12, and bus 510 pass in front of the hotel and a 24-hour bus pass can be obtained … etc), that breakfast was 11CHF extra, and that a Swiss adapter was needed for the electricity, then I would have been prepared, and my stay there would have been quite acceptable, instead of the totally chaotic mess.

But to give you one idea of the hotel, the coffee machine in the hotel sold at 3:00CHF. The same machine installed by the same company selling coffee to a captive audience at the airport was selling at 2:50CHF.

Negotiating the maze that is the airport is by no means easy, and we had another pig-ignorant security guard who doesn’t understand the word "please". All these people who were kicked around and bullied at school when they were kids have really been able to wreak their revenge on society with the massive expansion of what is laughingly called "security". The place was totally packed with people too 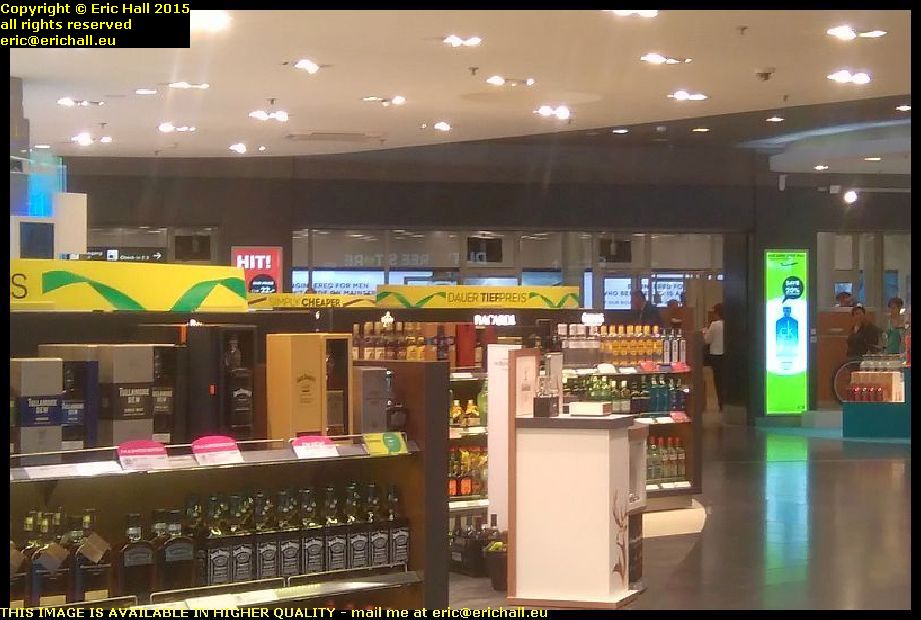 But on thing will tell you all that you need to know about the mentality of the Swiss – the "security" screening decants you straight into a huge duty-free shop.

And the number of people wandering around the airport carrying "duty-free" carrier bags shows that this shameless selling technique really works. It would probably work even better at the other side of the security check-in too, especially if it were to sell tranquilisers to calm the nerves (and pickaxe handles to deal with the security staff). 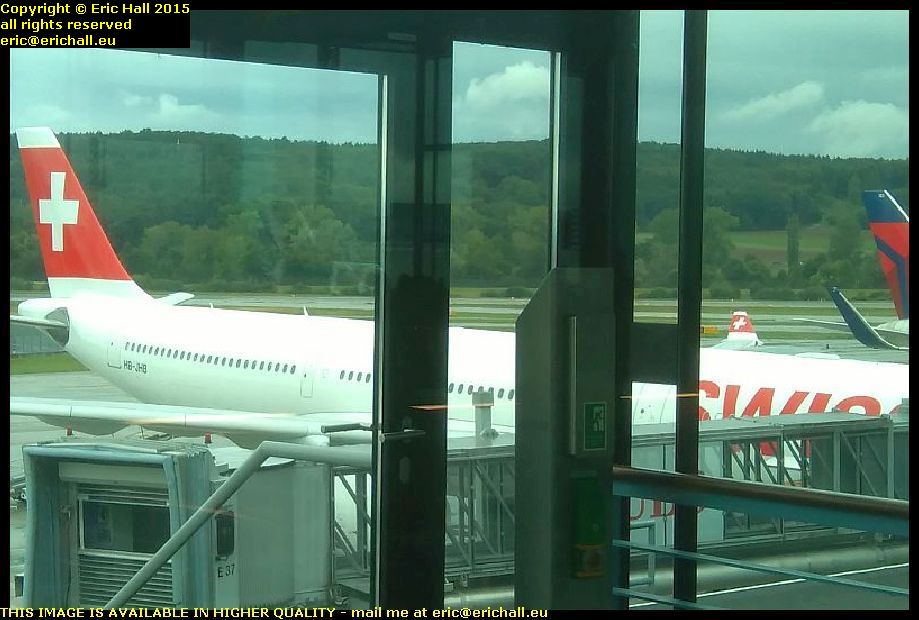 I’m here watching them load up my plane. It’s an Airbus A330-300. And what’s more, I’ve even found a plug that will charge up my laptop.

Boarding the plane was straightforward and, much to my surprise, the plane seemed to be almost new. Luxury wasn’t the word and the flight over to Montreal, although the longest that I’ve been on to date, was very comfortable. My meals were excellent too. The entertainment was not really my choice – I was even offered the chance to see The Great Escape

– however it wasn’t Christmas so I didn’t bother. Instead, I had Shaun the Sheep

, The Adventures of Tintin: The Secret Of The Unicorn

and Harry Potter and the Chamber of Secrets

One downside of the flight, nothing to do with the company of course, is that my neighbour’s idea of personal hygene was even less than my own.

With a window seat, the views outside were superb. With the airport being busy, I’ve never seen a queue like this of aeroplanes lined up in the queue waiting to take off. It was like the M25 at rush hour with all of them here.

The plane in front of us was something quite big and we had a wonderful view from right behind of it taking off. It’s probably the most impressive sight that I’ve ever seen, and there wasn’t much room between the tail of the plane and the ground. You can understand why so many tail strikes are recorded.

Having flown over a great big pile of tundra, we hit the St Lawrence River right at Sept Iles, and I recognised it immediately from the air. 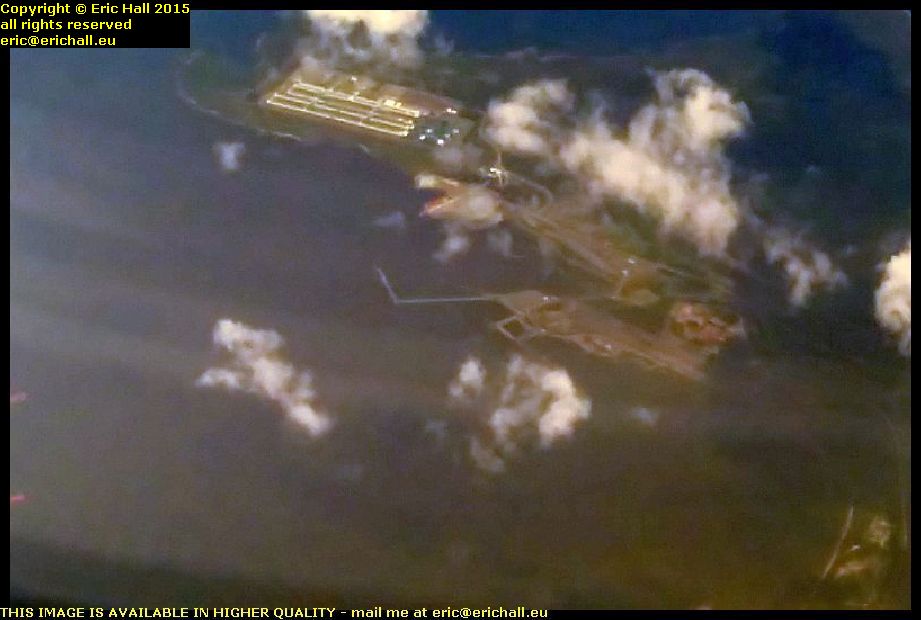 The bay itself was easy to identify, with its seven island and a pile of big ships anchored there, but what gave the place away was the huge Alouette aluminium smelting works and the port facilities that I’d seen in 2012 on my trip up the coast.

I’d wanted to see them from inside, but failing that, a view from the air is good enough. 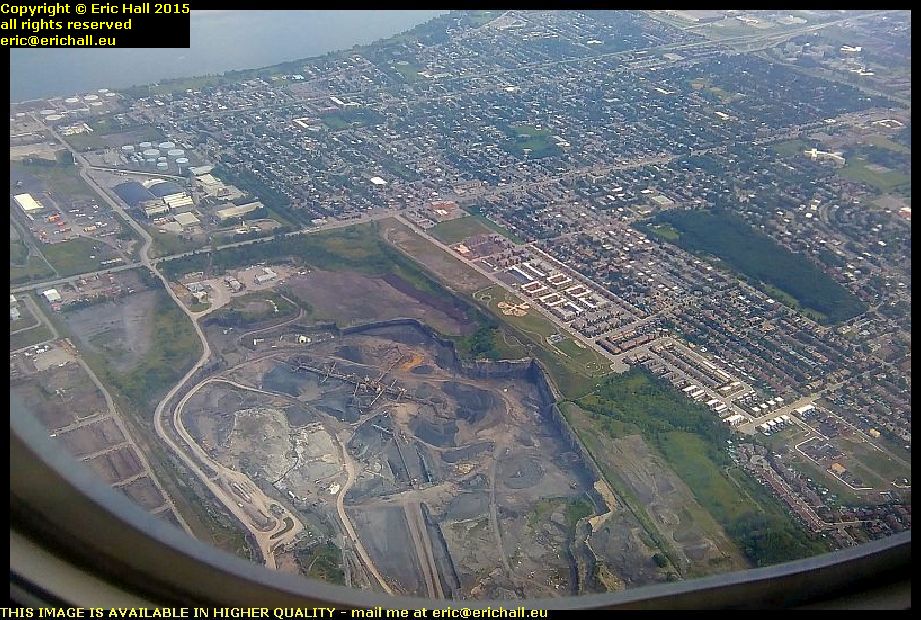 Another thing that I have mentioned in the past are the huge LaFarge quarries on the outskirts of the city. They are not very easy to photograph from outside, as I had discovered once when I had driven past them, due to all kinds of fencing, lack of parking and so on.

However, here we were this afternoon, flying right over the top and here I was, sitting by a window seat. This was far too good an opportunity to miss, wasn’t it? 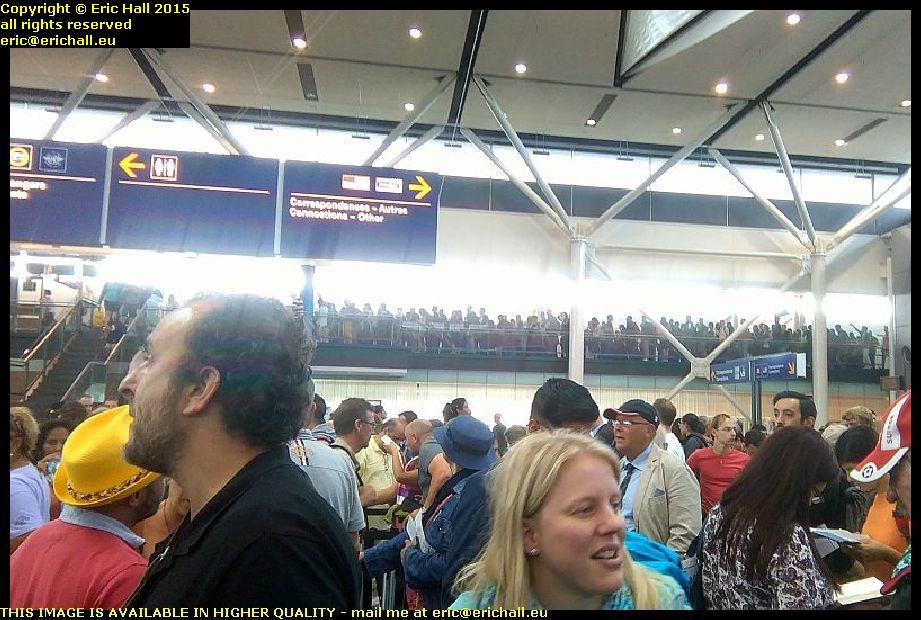 But don’t get me started on the ariport and Immigration, will you? Every day, during the mid-afternoon, about 20 long-haul jets arrive at Pierre Trudeau Airport, Montreal. If they are all full, that’s about 6,000 passengers (plus however many come in from other destinations).

The Canadian Government’s response is to have just FOUR (and for a short while, just THREE) immigration officers on duty.

My ‘plane was about 8th in, and I had a wait of 2.5 hours. I feel really sorry for the people who came in near the end and who were stacked up on the balcony because the immigration hall was full. Nowhere to sit, no water to drink, not possible to visit the bathroom. I could go on and on … "not with a bayonet through your neck you couldn’t" – ed.

Luckily I had some good music to keep me company, and that always calms me down. But finding, once through Immigration, that all of our suitcases had been taken off the carousels and dumped on the floor (and no-one knew where they were), and discovering that I’d left my cap on the ‘plane too, and I was off again, wasn’t I?.

Luckily the hotel bus was already there so I had to take my leave of my delightful companion with whom I’d been spending a little time just recently since I encountered her in the queue and we drove the half-mile to my hotel down at the end of the runway.

Having checked in, next task was to hit the city, and there’s a bus stop right outside the hotel. The bus 202 took me from here down to the Metro at DuCollege, and the metro took me to Snowdon where I made a stunning discovery – an Indian restaurant. From Calcutta, they are, but it was the nicest Indian meal that I had had outside Stoke on Trent. Beautiful, it was.

Bad news, though, is that my little ice-cream place on the Cote-des Neiges has closed down. A tragedy! So I had to make do with some mandarins from the outdoor office. 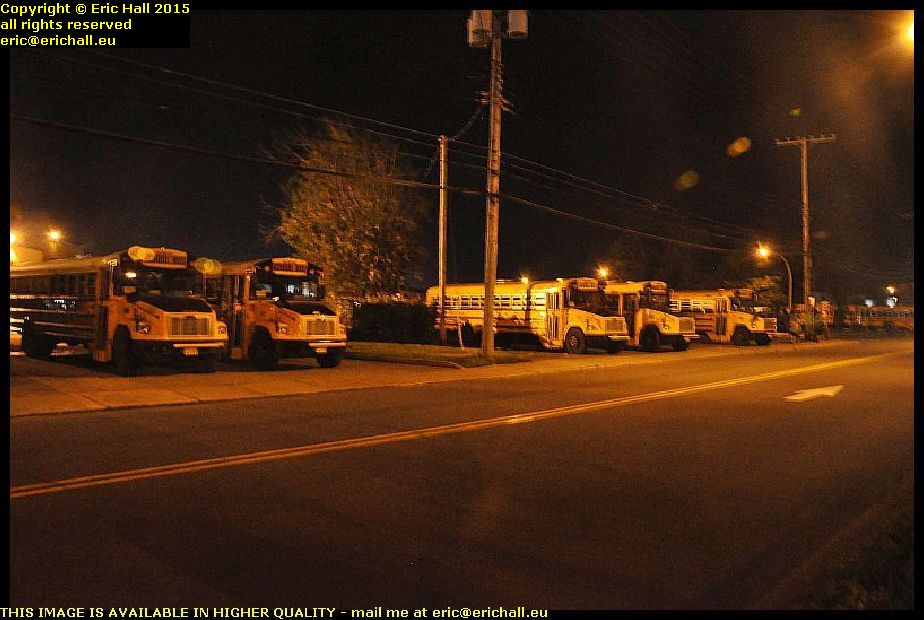 Getting back from the town is not quite so easy – I have to go miles to find an overpass across the Cote-de-Liesse, but I came across some nefarious, nocturnal dealings here. There’s a whole pile of school buses, all from Nova Scotia and all on temporary licence plates, parked down the road. The drivers are, apparently, staying in my motel.

It seems that they are all time-expired (you can only use school buses for a limited number of years) and are being traded in for new ones, to be driven back to Halifax.

PS- my phone number seems to be working, much to my surprise. It’s the same three figures as the last 4 years, but then 740-6186. If you don’t have the first three numbers, send me a message.