But before I tell you about that, let me first tell you the good news.

Although it was late when I went to bed, I managed to sleep for 6 hours or so. And after breakfast, I finished off the scripts for the radio programmes that we will be recording this week for Radio Anglais

I had to rush though as Pionsat St Hilaire’s 3rd XI were playing away at Combronde at 13:00 but just as I was stepping out of the door to go, Percy Penguin chose that moment to ring me.
“You fell on your head? It might knock some sense into you”.
It’s nice to have friends, isn’t it?

And so at Combronde, 5 minutes late and the place all deserted. There was no-one around at all. So what’s going on here? 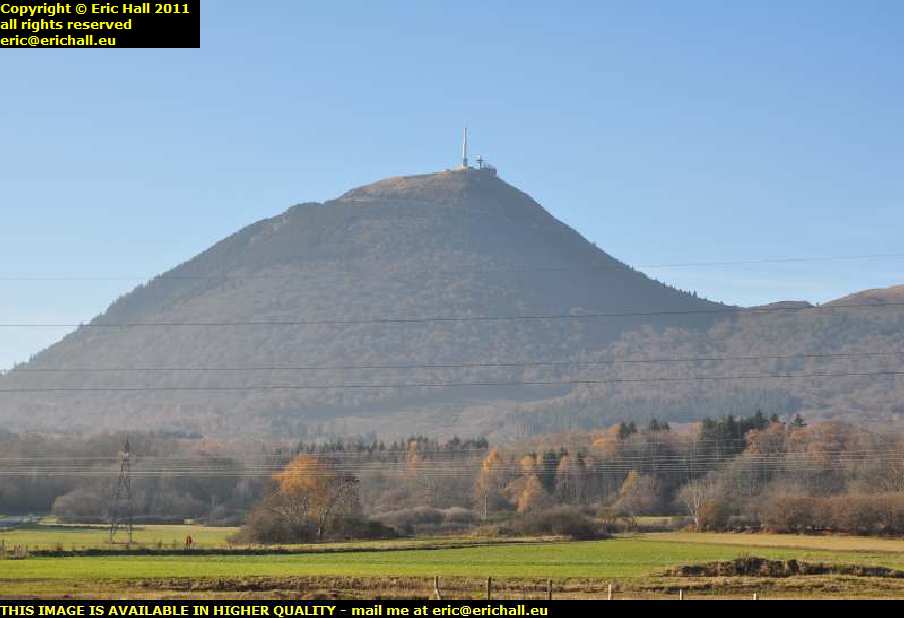 Anyway, that was an hour and a half and 75 kilometres wasted. There was clearly no point in staying on here so I fuelled up and went off to Ceyssat for the 1st XI match instead.

That long drive took me round by the Puy de Dome – right past the foot of it, and it was remarkable to notice the change in the weather. From my humble abode to round about St Bonnet it was grey miserable and overcast.

But south of there we had glorious sunshine. The Puy de Dome (and you pass within about 200 metres of it) was especially nice. But once over the Col de Ceyssat I drove straight into a fog and that was that.

I met Bernard the club president. he said that the 3rd XI match was cancelled, and so I berated him for not sending me a text – after all, I told him last night that I would be going. It’s a couple of times now that they have done this on me and I’m becoming rather fed up. 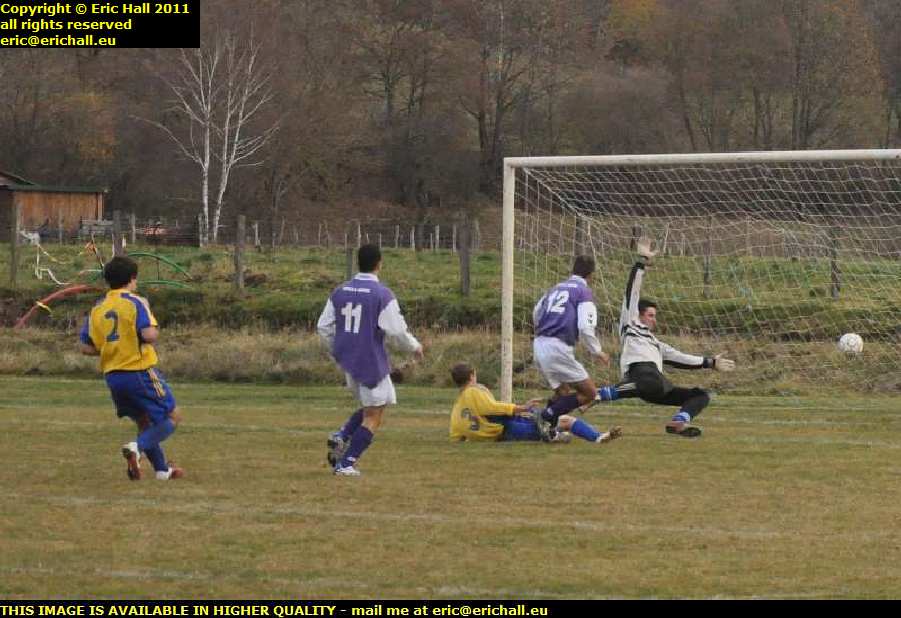 But the actual match cheered me up considerably.

Olby-Ceyssay were a pretty poor side and FC Pionsat St Hilaire had no trouble whatever in demolishing them 4-0, hardly breaking sweat in doing so.

it’s a shame that they can’t play like that every week.

From there I went on round to Liz and Terry’s where we rehearsed our radio programmes – we’re recording next week.

Liz had baked potato pie and rice pudding for afters, and she even made up a doggy bag and a lump of fruitcake for me to take home. It’s that kind of thing that makes it worth-while having good friends, and helps me to forget all of the worries and disagreements.