Especially when the clocks go back an hour. So it was really nice to get up, go for a gypsy’s, make myself a coffee and go back to bed to watch Carry On Follow That Camel

, an excellent film totally ruined by Phil Silvers, and get up to find that it’s still only 10:30.

After breakfast I did rather less than usual, and 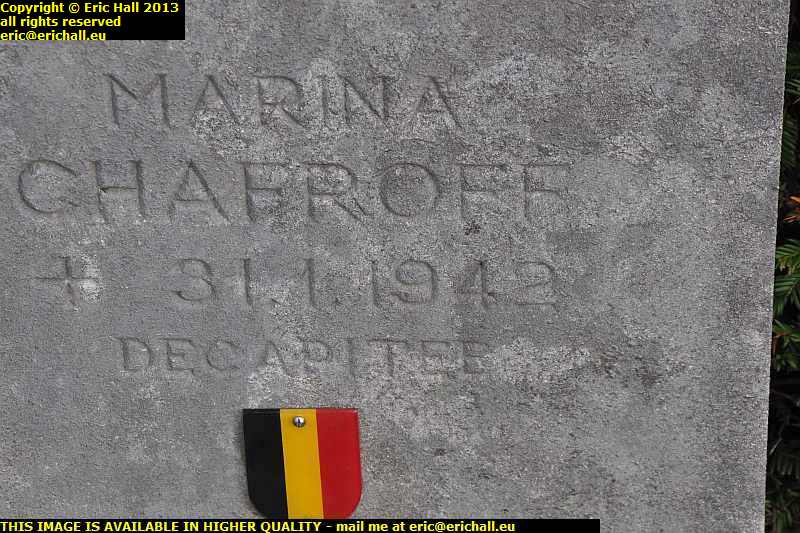 after lunch went out for a wander. You may remember that a few weeks ago I went to the War Graves part of the local cemetery for a wander around. I went back for another look today and one of the graves there caught my eye.

It relates to a woman by the name of Marina Chaeroff – a Russian name but with a Belgian flag on her tombstone, and she is clearly shown as being decapitated by the Nazis. Like I said before, it’s quite easy to criticise people who were less-than-resilient when it came to dealing with the occupying powers when you don’t yourself run the same kind of risks that you would like them to run.

I went off to pay my respects to Marianne afterwards and, as a huge disappointment, the gravestone that I ordered hasn’t arrived. It’s a big job, I know, but it was promised for the end of the month and they need to get a wiggle on.

The familiar sound of a whistle from down the hill led me to the footy stadium where the Royal Sporting Club of Ixelles were entertaining their neighbours from Auderghem. €4:00 it cost me to get into the stadium so I was hoping to have my money’s worth. 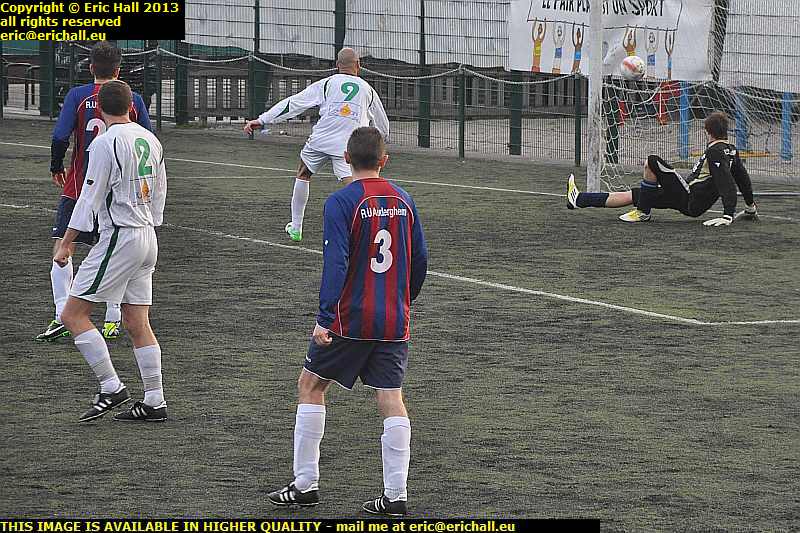 Ixelles started quite brightly and were soon in front. And although they stayed in front for quite some time, we had a few astonishing developments. Ixelles were playing with a young lad on the right wing and he was streets better than anyone else on the field. He scored the opening goal with an excellent solo run and shot, but for some reason his colleagues seemed very reluctant to let him have the ball and he was isolated out on the wing for quite a while.

Ixelles’ tactics, to stand well off the defenders when the defenders were in possession, meant that they were being pushed farther and farther back and it was soon evident that despite being out in front and having the lion’s share of the game, Auderghem were gradually asserting themselves with all the time that they liked on the ball, and in the space of about 20 minutes, interrupted by half-time and one of the most astonishing cloudbursts that I have ever seen, Auderghem scored three goals, totally against the run of play.

The tactics of the Ixelles manager became even more bizarre. Instead of giving his players the old boot in the nether regions and telling them to move the ball out to the right wing, he withdrew the winger from the game, to the utter dismay and disbelief of everyone in the stadium. 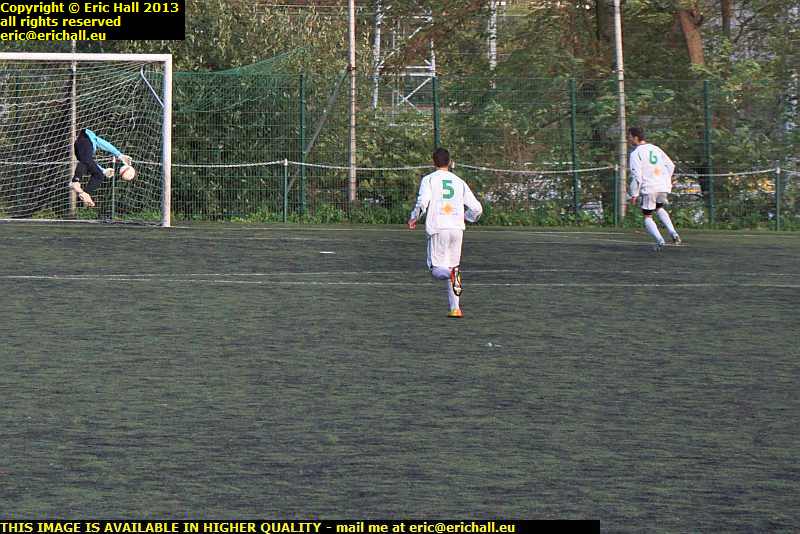 The rest of the story you can write yourselves. Despite the heroics of the Ixelles goalkeeper, Auderghem went on the rampage and scored two further goals without too much effort and although Ixelles pulled one back right at the end, if the final scoreline had been 5-2 in favour of Ixelles, no-one would have been all that much surprised.

For Auderghem to have won this game 5-2 is one of those mysteries that will never ever be resolved – something on a par with what on earth was going on with the withdrawal of that right-winger on the hour mark, a decision that surely changed the whole aspect of this game.