Yes, it’s my silver wedding anniversary today – 25 years of marriage. And the fact that I haven’t seen my wife since 1994 doesn’t change a thing – it’s still the silver wedding anniversary and so happy anniversary to me, and to you too. And this of course does remind me – not so long ago someone, who really wasn’t au fait with the situation really did ask me if I talked to Nerina while I was making love. My reply was that it all depended upon whether or not I could reach the telephone.

So how did I celebrate it, you may well ask. Not like Alan Shearer who, all those years ago, celebrated winning the Cup Final by going home and creosoting the shed, I woke up at 02:00 exactly after crashing out last night. 02:00 in Greece is exactly the same time as 00:00 in the UK and that must be the purest of pure coincidences.

Being unable to go back to sleep, I did some work on the computer, worked on one of the Rock Music programmes that I do for Radio Anglais, and then emptied all of my bags and suitcases and weeded out the tubbish. And found, to my dismay, that while I had brought back my winter coat as well as my winter fleece, having resolved to leave one of them behind in Montreal, I’ve also somehow managed to leave behind all of my clothes. All I have is what I’m wearing plus the clothes that I was wearing up until I had my shower at Crown Point the other evening. That called for a clothes-washing session under the shower at 05:00, which wouldn’t have been so bad had I remembered to bring back the washing soap.

I’ve also managed to forget to bring back all of the SD cards for the computer, which is annoying to say the least. I can’t even think where they might be because I did sort through the boxes before I put them away in my storage unit, and they didn’t come to light there. So I dunno. 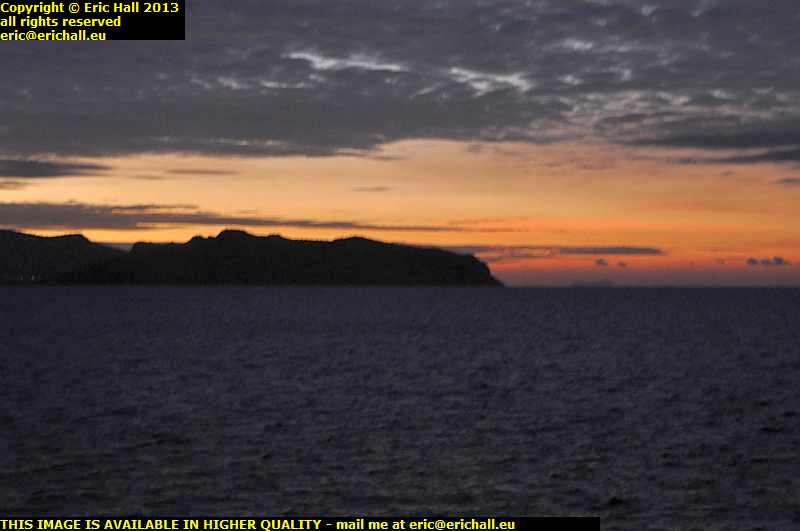 Trixi had us all outside to watch the sunrise over Aegina and then we started the yoga. Trixi teaches Dru Yoga, not that I know anything about it, but I was surprised that some of the relaxation and de-stressing techniques that I have been using for years are mirrored in Yoga (which is probably why they work) and so I wasn’t actually far behind the rest of the group.

That took us up to 09:00 and breakfast, and then following a relaxation, we had our singing sessions from 11:30 until 13:00. I don’t care what anyone else says – I still sing like a vache espagnole and I always will, but it’s why I’m here and it’s why I’ve paid for this course so I ought to have my money’s worth. 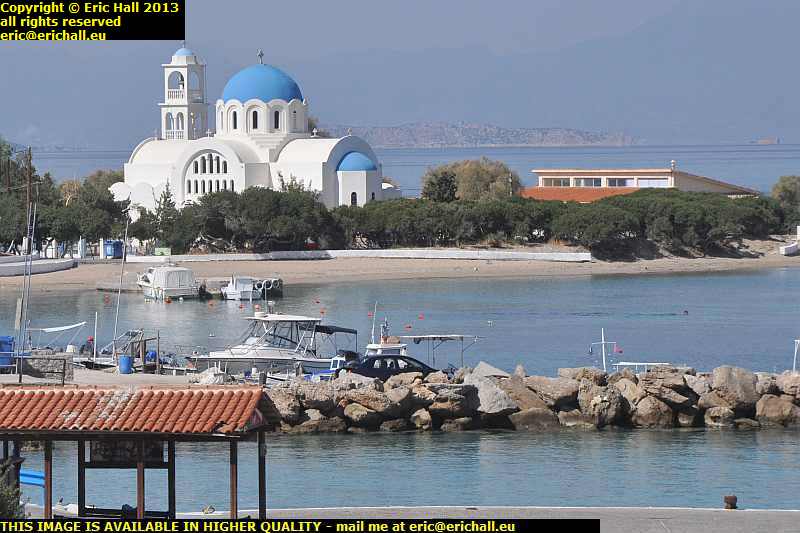 While everyone else was at lunch I went for a walk around the little town to look at the scenery and the buildings. I found a bakery and bought a small loaf, and also a tomato from over the road in the greengrocer’s. Sitting on the beach and eating the bread and tomato was a good way to enjoy the sun.

Back at our lodgings everyone else was in the water swimming but I’m having to forego that pleasure. The sea bed at the shore shore is full of sea urchins this time of year and with not having any footwear for the water, it would be extremely painful to step on an urchin.

Another Yoga session was from 17:30 until 19:00, followed by dinner. And I’m being looked after really well by the chef (also called Eric). Trixi and I and one or two others sat up until all hours in the evening chatting about old times. After all, I first met Trixi … errrr … 48 years ago when she had this gorgeous long hair way down past her waist and until a chance meeting last November, I hadn’t seen her since 1972.