…that I wouldn’t discuss the question of parking any more, but I’m a bigger liar than Barack Obama when he promised to close the Concentration Camp at Guantanamo Bay. 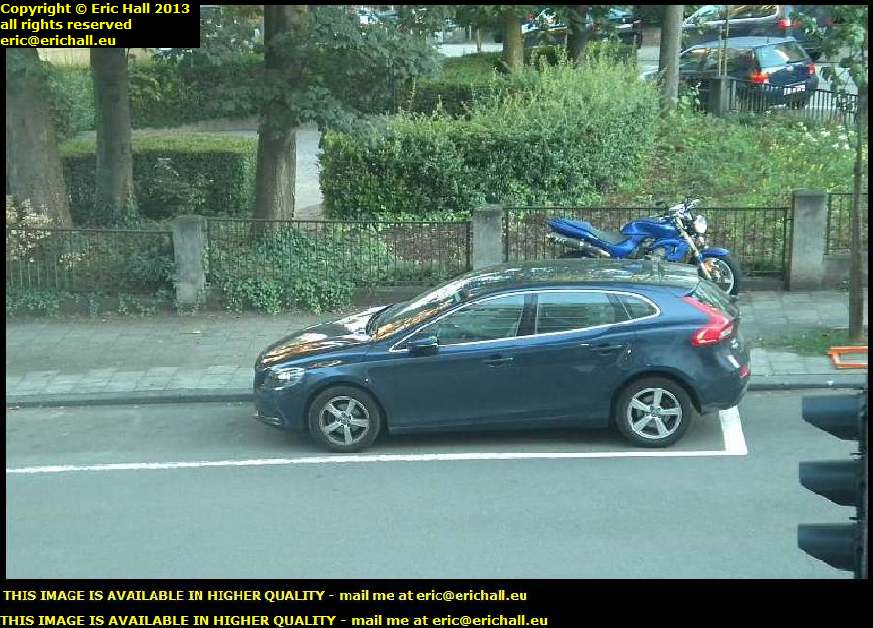 I have in fact been obliged to continue my discussion and to post a photograph, because here is someone who actually did it properly.

I can certainly say that there was nothing in front of him – he could have advanced another 3 or 4 metres if he had so desired, and not only that, he actually looked out of his car door, saw where the line was and reversed back another foot or so to make sure that he was on the limit.

It goes without saying that the driver wasn’t a Belgian. He was of oriental extraction – East Asian or something like that. But anyway he did it properly.

So this morning I was up again early and while Cécile and her mum were sleeping I dashed off a huge pile of amendments to my web site, adding the “like” and “share” buttons, correcting the layout of a few headings, and also adding on some stuff about cookies. In case you are wondering, I haven’t coded any cookies knowingly into my website. The only ones that you might find are those embedded into third-party plug-ins;

Eventually Cécile and her mum were ready and so I sent them off out to the shops but they were back inside half an hour. It’s “Ascension”, isn’t it? And Belgians don’t need too many excuses for having a day off.

This afternoon we attacked the cellar and I can’t blame Cécile for losing interest half-way through because it’s a desperate job. I’ve no idea why Marianne tore up so much paper – letters and stuff – as she did and then put it all down in her cellar. I’ve sorted out most of that stuff but we’ll need to finish it off tomorrow if Cécile can pluck up the courage;

There’s much more stuff photographed and I’ve put a good pile of iton the web page as well as on the Deuxième main web site. There’s already someone in after the washing machine and I hope that the rest goes soon. Another day on this and everything should be on it, I hope.

But sorry about the parking again.