… what kind of day I was having today. When I looked at the clock after heaving a bucket-load of concrete into the lean-to wall, I noticed that it was 19:24 – 24 minutes after knocking-off time.

But at least, the one part of the wall, outer shell, inner shell and infill, is now complete. That’s the part from the field-end up to the window aperture. I can now turn my attention to the next bit.

But not tomorrow – I’m fixing Liz’s car. and not Wednesday either – I’m walking with Marianne on another one of our Wednesday walks. 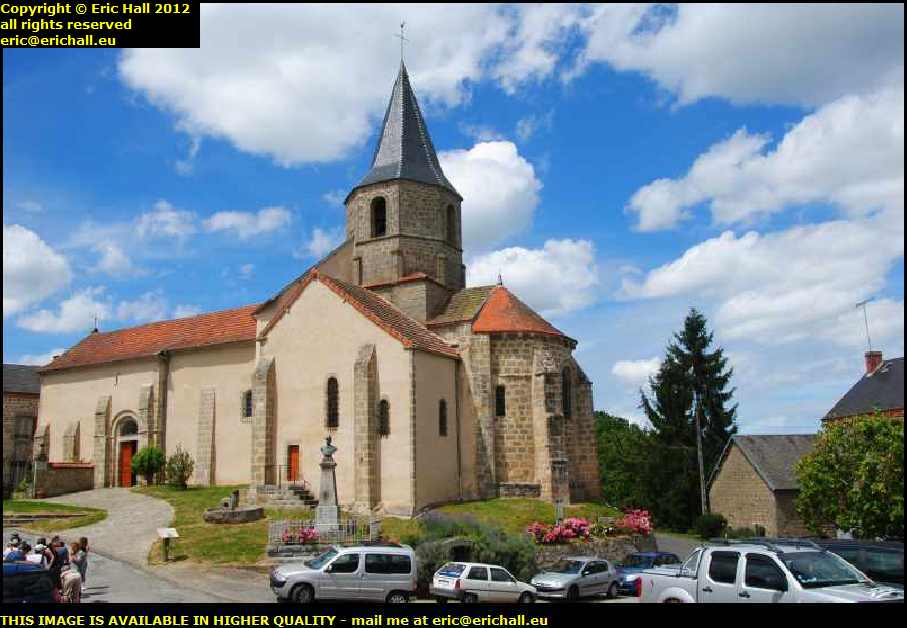 In fact, Marianne and I were out walking this afternoon for a couple of hours. In a few weeks time she’ll be doing a walk around the village of Vergheas and she needs to plan for it.

It just so happened that this afternoon someone from the regional tourist office was giving a talk in the church to another group of people about the history of the village. Marianne accordingly blagged a couple of invitations, I went down to Pionsat to pick her up and off we went. 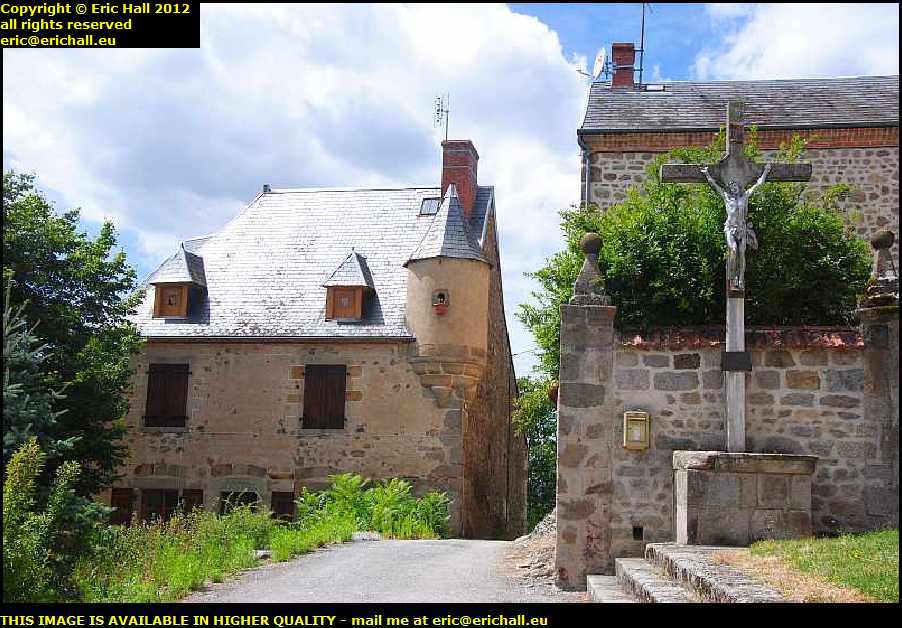 It was quite interesting too, for Vergheas is a very important place for such a small village, with something of a history.

It’s right on the border between the Limousin and the Auvergne and during the 17th Century many of the locals made their living by smuggling salt. The salt tax, or gabelle – was at a different rate in different areas and while Vergheas was a cheap area, the Limousin just down the road was one of the most expensive areas.

Buying salt outside your home area was not allowed, but the inhabitants of the Limousin came to Vergheas by their hundreds, with just 6 tax collectors to stop them. 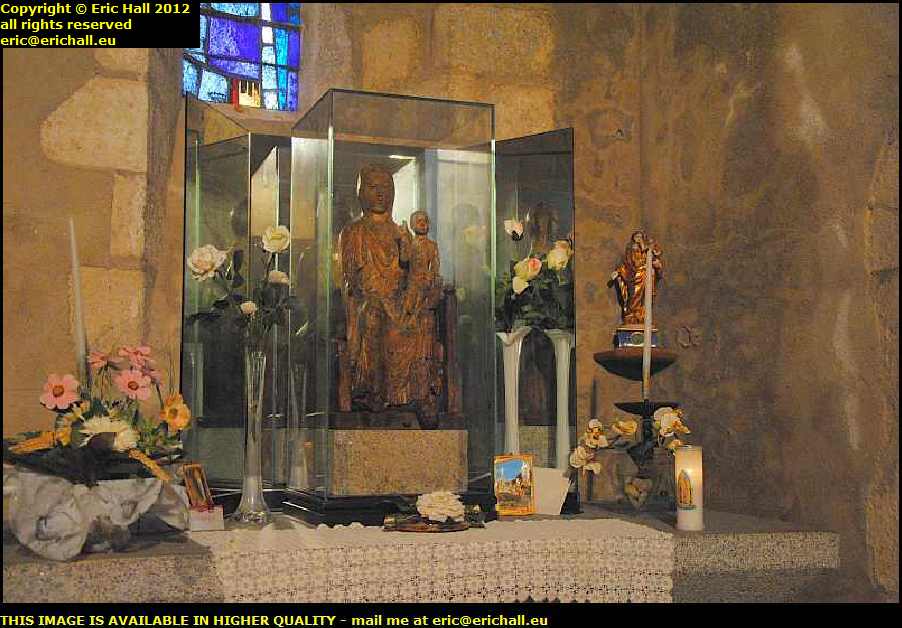 But if Vergheas is famous for anything, it’s famous for its statue of the Virgin Mary and Jesus. This was brought back here by some Crusaders after the 4th Crusade and may well have been loot gained in the Sack of Zara (modern-day Zadar) in 1202 or even the Sack of Constantinople in 1204.

The Crusaders donated it to the Church and here it sits, attracting pilgrims from all over the place and it is said that various miracles have been performed here. 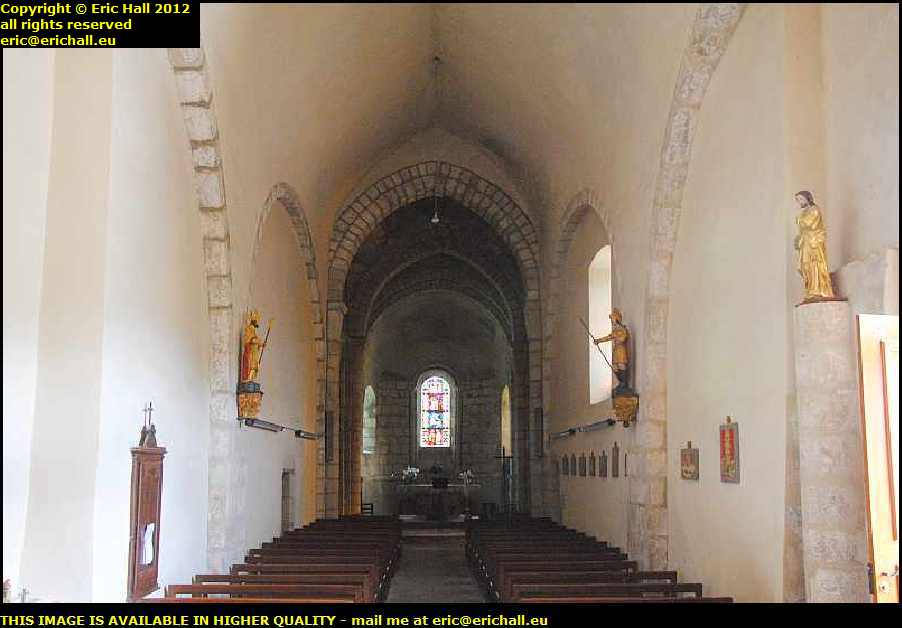 The biggest miracle of all, though, is what happened to the statue in 2001. Nothing can surpass this.

Regular readers of this rubbish will recall that I have mentioned on several occasions that the Religious Authorities every now and again take an inventory of the relics and possessions of the churches.

In 1973 there was an inventory taken of the treasures of the church here, and as soon as this was published, the church was raided by burglars and the statue was amongst the items stolen.

And that was the last that anyone heard of the statue until the astonishing events of 2001. 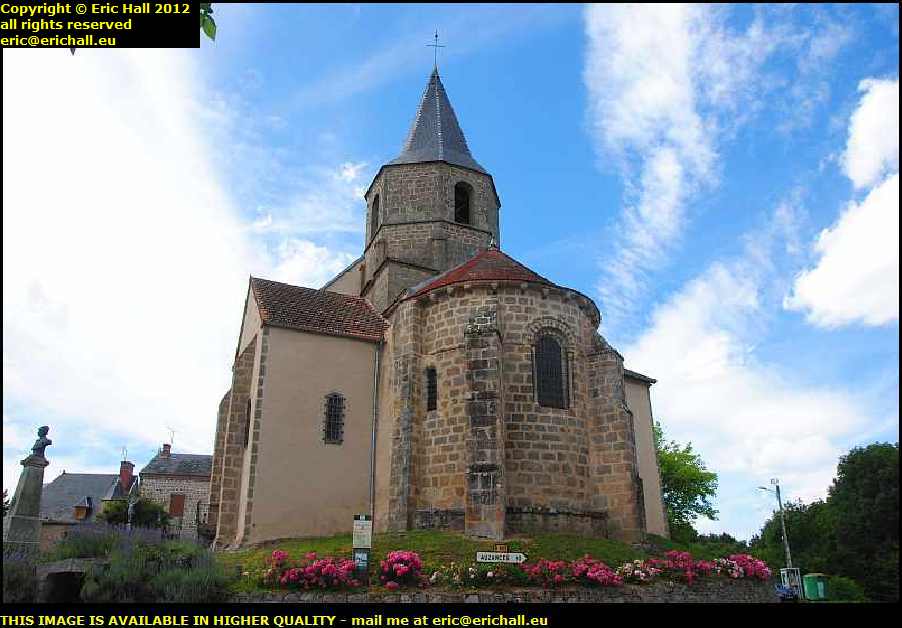 In 1997 an antique collector from Le Mans died and his executors spent the next few years hawking his collection around the antique shops of Paris in order to obtain the best price.

They called at one antique shop in 2001 to offer the articles for sale, just as the owner was reading a 1943 book that showed a photo of the statue.

And, by pure coincidence, at the same time on his desk was a newspaper article with a photo of the statue. It was the anniversary of the theft of the statue and the local residents using the medium of the Press to plead that someone might have a pang of conscience and return it.

Truth being stranger than fiction, the shop owner recognised the statue straight away, bought the collection and promptly returned the statue to the village. 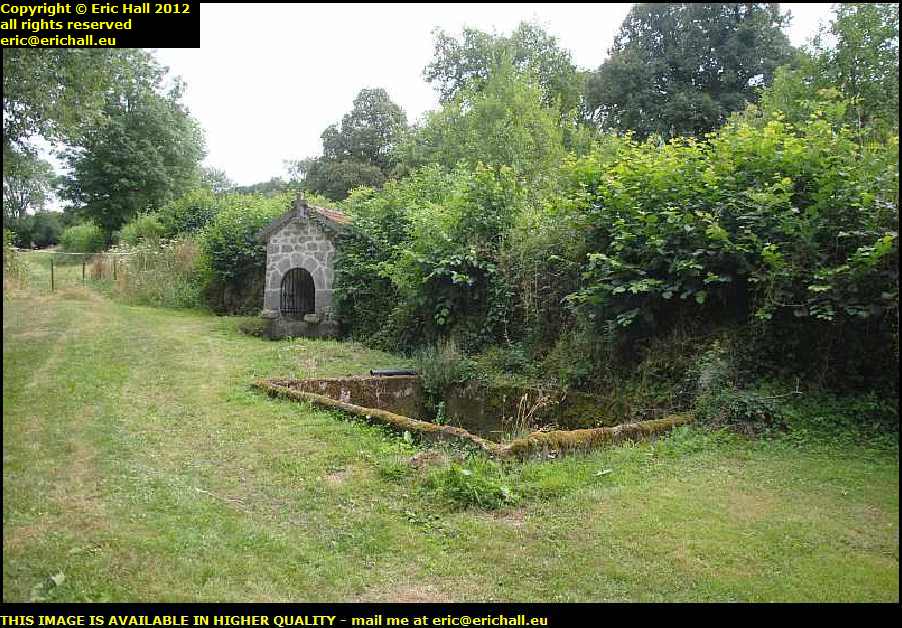 From the church we then went for a tramp in the woods. Unfortunately he got away and so we went for a ramble to the edge of the village and the fontaine – the spring from where the locals formerly obtained their water.

Pretty similar to the one that we visited last week in St Maigner but, as far as I am aware, no miracle has ever been acclaimed for this fontaine

I suppose that one miraculous event is enough

And I was told that I am apparently persona non grata with a couple of English people in Chateau sur Cher.

At the petanque yesterday, one of them went to pay his entrance money with a €50 note. Me being me, I turned to Marianne and said “I know these people. Make sure that that note is dry!”.

Ahh well – ask me if I care. I hate people who don’t have a sense of humour.

And while we are on the subject of the petanque, I forgot to mention yesterday that I saw the doppelganger of a very dear departed friend. That quite knocked me back a little.

Apart from all of that, I’ve had the usual few hours on the website this morning.

This afternoon though, I managed to find an hour or so and I’ve planted some more carrots, spinach, radishes and some lettuce that I had setting in a few pots.

I’ve also noticed that a few of the lettuce seed that was out-of-date and so which I threw away on the garden a few weeks ago, some of that is sprouting.