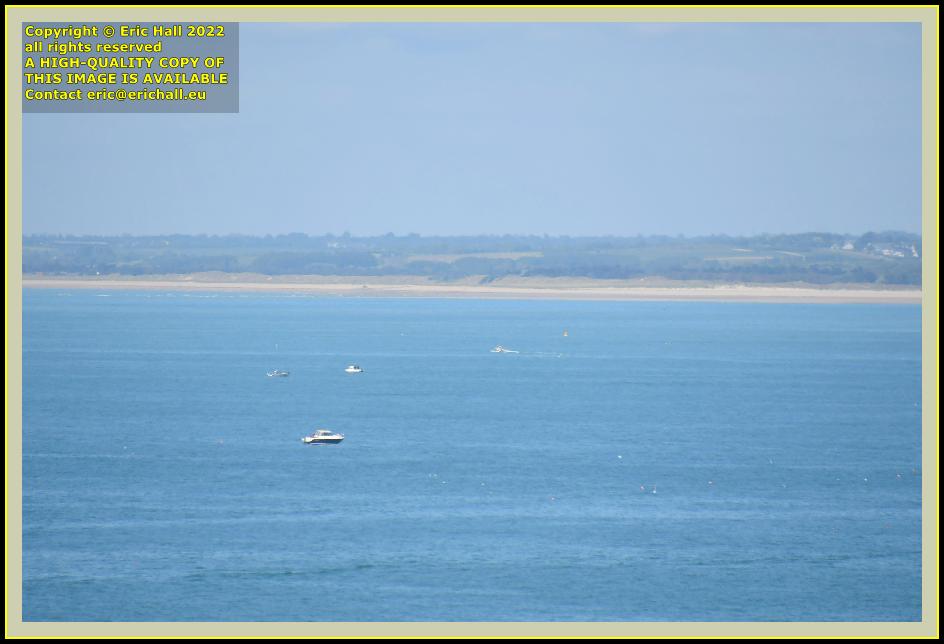 … the worst day that I have had for quite a while.

And as regular readers of this rubbish will recall, I’ve had a few of those just recently.

So while you admire a few photos of everything that was going on out at sea this afternoon, when the alarm went off at 07:30 I couldn’t move an inch and it was just the same at 07:45 and again at 08:00. In fact it was, would you believe, 10:20 when I finally put my feet on the floor this morning 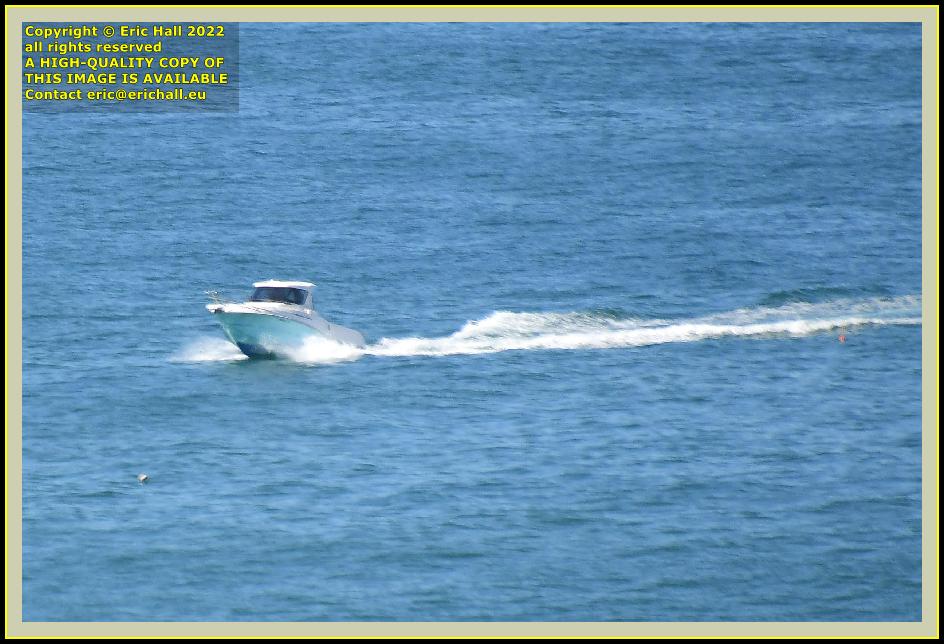 It wasn’t that that was the worrying part about it. What worried me more than anything was that I was feeling as if I had a hangover. I don’t know what there are in these pills but they are certainly kicking in with a vengeance

But seriously, if this is how I’m going to end up, I’m going to try to work out which one of these new medications it is that’s causing this and simply stop taking them.

As I’ve said before … “and on many occasions too” – ed … the only excitement that I seem to have these days is what goes on during the night. The last thing that I want to do is to cut all of that out of my life.

In fact I can understand why (although that’s not the same as saying that I agree with) the taking of hallucinatory drugs is so habit-forming. There is certainly something to be said for being taken out of yourself and going off on a series of voyages into the ether. 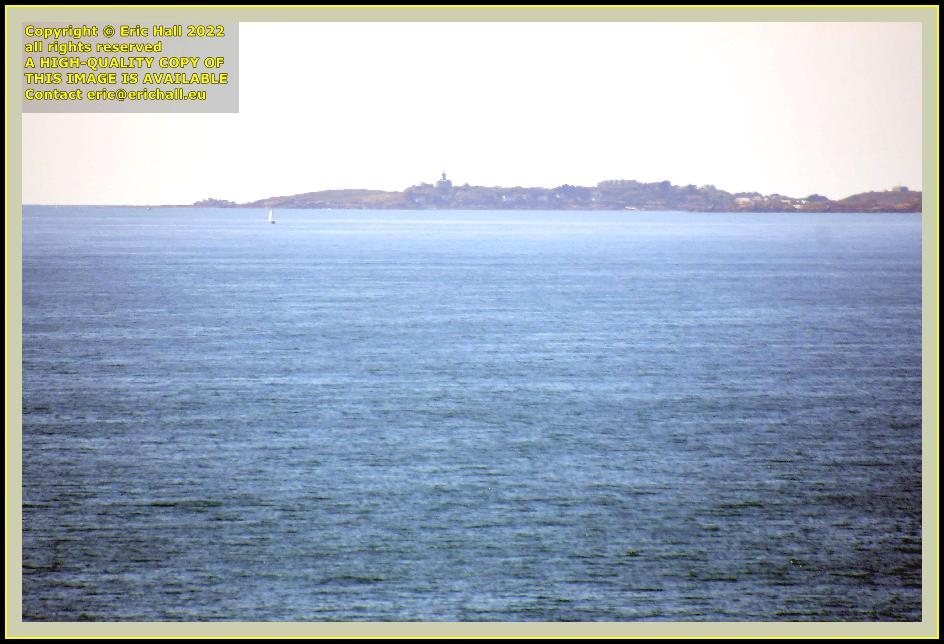 So while we’re on the subject of my nocturnal voyages … “well, one of us is” – ed … I’ve actually managed to pull myself together at some point during the day and dealt with the stuff on the dictaphone.

I was going to do a coach job which meant taking a coach to a race track by a big army camp in Yorkshire. I set off in Nerina’s Ford Escort to go to find the coach. When I reached the army camp I parked the Escort and got out but I must have knocked the gear lever by mistake for all of a sudden it revved up and roared off across the car park on its own with no-one at the wheel. It was late at night and there weren’t all that many vehicles on the car park but I had a feeling that this was going to be a recipe for disaster. I had to run after it but I didn’t have a hope of catching it. I could see it driving erratically around this car park. There was no way that I would catch it. Gradually the car park filled up, ordinary people, whole families of Gypsies hauling scrap and rags, soldiers etc. Of course I lost sight of the car and had to climb up onto a bank in the middle of the race course and that wore me out so I had to climb up a smaller one but I couldn’t see as far. Then they came in with the coach. I thought to myself that if I’d made such a mess of driving this Escort what am I going to be like driving this coach? This is going to be an absolute nightmare to me and how am I going to explain to Nerina what’s happened about her car? She’s not going to believe this story for a minute. 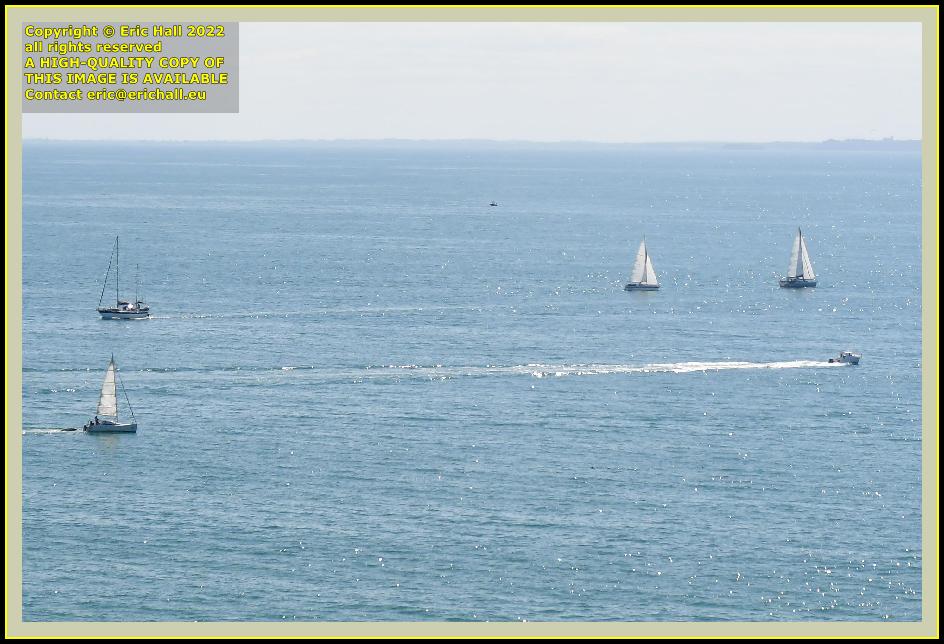 And then there was a big group of us on an aeroplane. I somehow ended up with a girl whom I’d sat newt to on numerous occasions. We were discussing an aeroplane incident in the Atlantic similar to the Titanic and we were looking for the location of the yellow parachute of the plane. We were poring over maps documentation etc but we couldn’t actually see it. As well as that we were having a big lengthy chat. This girl was married but was in bad company and they spent a lot of money gambling. I’d been trying to tell her to cut down on it. She told me that last weekend she’d refused to go out even though everyone else in her family had wanted to. They’d wanted to go out on a big gambling spree but she’d dug her heels in and ended uo not going out at all. I was immediately pleased with her. Our hunt went on with quite a few documents but we couldn’t relate anything in them to anything on the ground. In the end she asked me quite pointedly what I was going to do now. I interpreted this as being that she wanted me to go. I gave her a great big kiss but she fought me off saying that people were looking so I prepared to leave on my own

That actually took me until rather late in the afternoon to type all of that out. For the first part of the day I couldn’t actually bring myself to do anything. It was all far too reminiscent of 2003/2004/2005 when I was going through another phase like this and I remember how difficult it was to climb out of the pit back then.

It was only Rhys’s wedding that rekindled my spirit of adventure back then. I’ll have to persuade him to marry again.

A lot of the morning was spent trying to recover and then the rest of the day was spent tidying up in the kitchen. There were piles of stuff everywhere and all of the washing-up that I hadn’t done yesterday after my rather busy day. 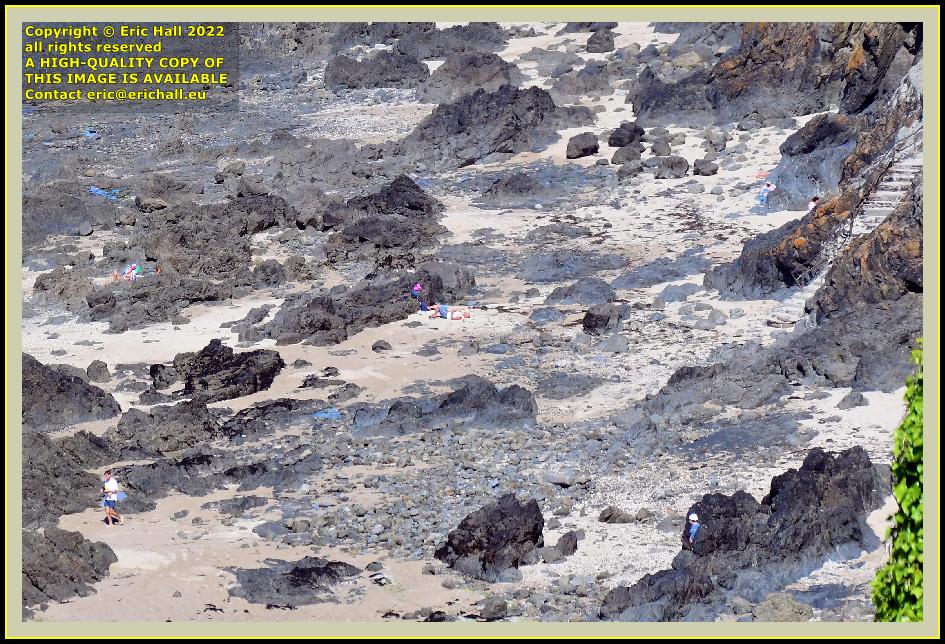 There is of course the afternoon walk around the headland so I had to drag myself out of the apartment and off on my way.

First port of call was the wall at the end of the car park where I can look down on the beach to see what’s happening down there today.

It was a really nice day and there were plenty of people down there making the most of it. No-one brave enough though to take to the water which was a surprise. I’d have expected to have seen the crowds in there today with the nice weather that we are having but they semmed to have all chickened out. 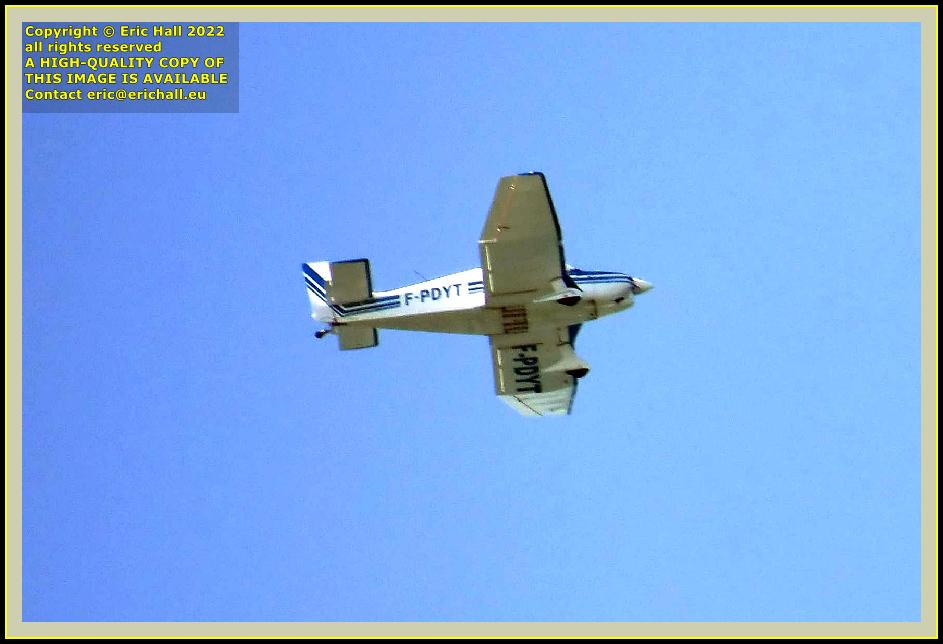 While I was looking around out at sea at all of the maritime traffic, I was overflown by a light aeroplane on its way to the airfield.

It’s a new one on us. We’ve not seen her before. She’s F-PDYT, a Turquetil DYT-01 and that’s a machine about which I can tell you nothing at all.

Firstly, she hasn’t filed a flight plan and secondly, she wasn’t picked up on any radar anywhere so I can’t tell you anything about where she’s been and where she’s going.

And then I can’t even tell you anything about the manufacturer either because I can’t find any information about that either. It’s really not my day, is it?

As I walked down the path I came across a large group of people trying to take a selfie so I took their phones and duly obliged them. We had a little chat and then I carried on my way. 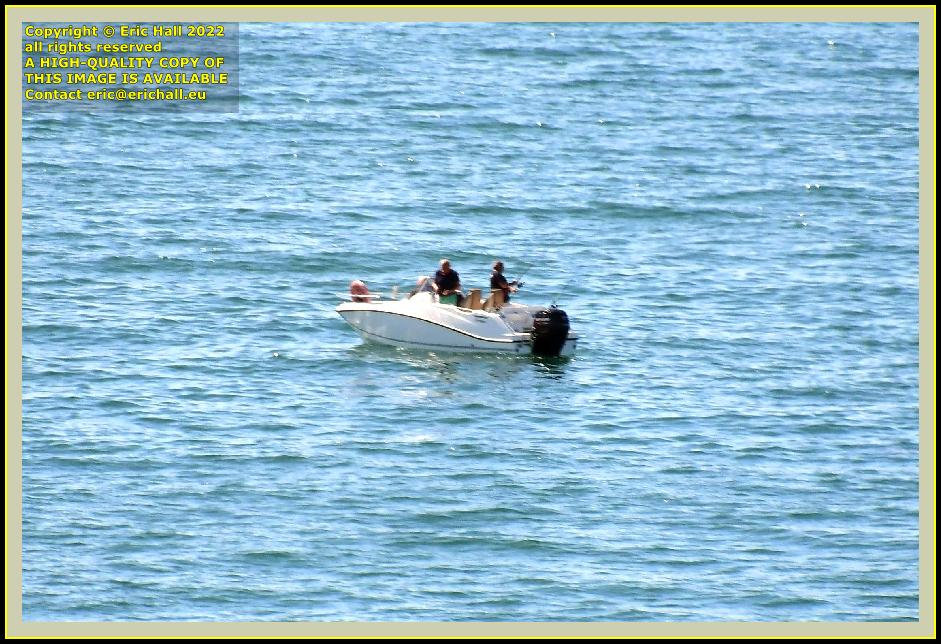 For a change there wasn’t anyone sitting down on the bench by the cabanon vauban, which was a surprise because there was enough going on out there this afternoon to keep everyone entertained for hours.

We’ve already seen plenty of marine traffic going by this afternoon, but this speedboat was stationary out in the bay. There were several fishermen on board but in all the time that I was watching, no-one actually pulled anything out of the water.

Regular readers of this rubbish will recall that in all the time that we’ve been here, we’ve never ever seen anyone catch anything with a rod and line. 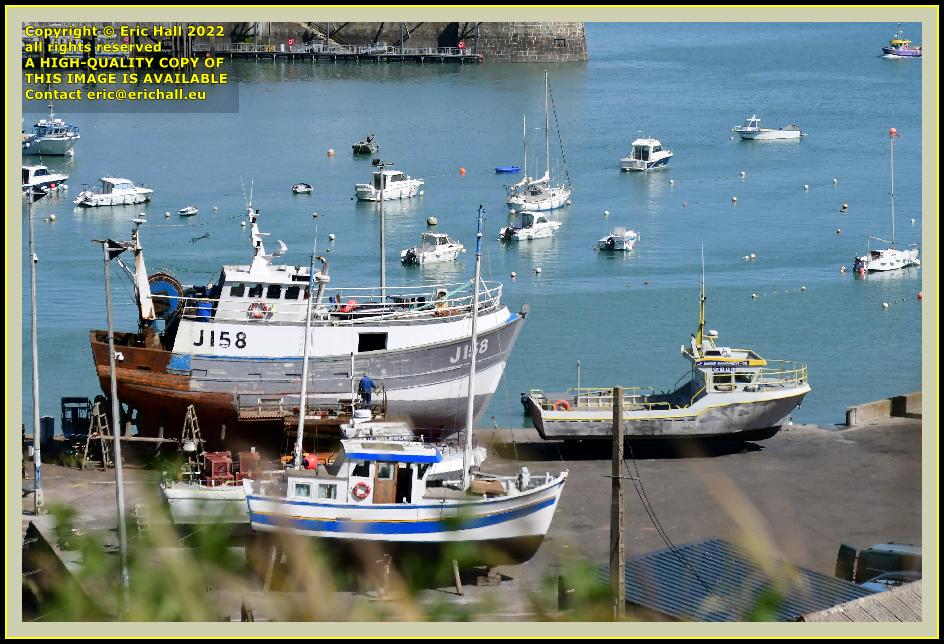 From there I wandered off down the path on the other side of the headland to see what was happening in the port.

There was quite a racket coming from the chantier naval this afternoon. It looked as if they had the air sander working full tilt on L’Ecume II grinding off the old paintwork.

In actual fact they are making quite rapid progress on her, which you can see when you compare her to how she was ON SUNDAY.

It’s not like them at all to be this rapid, is it? 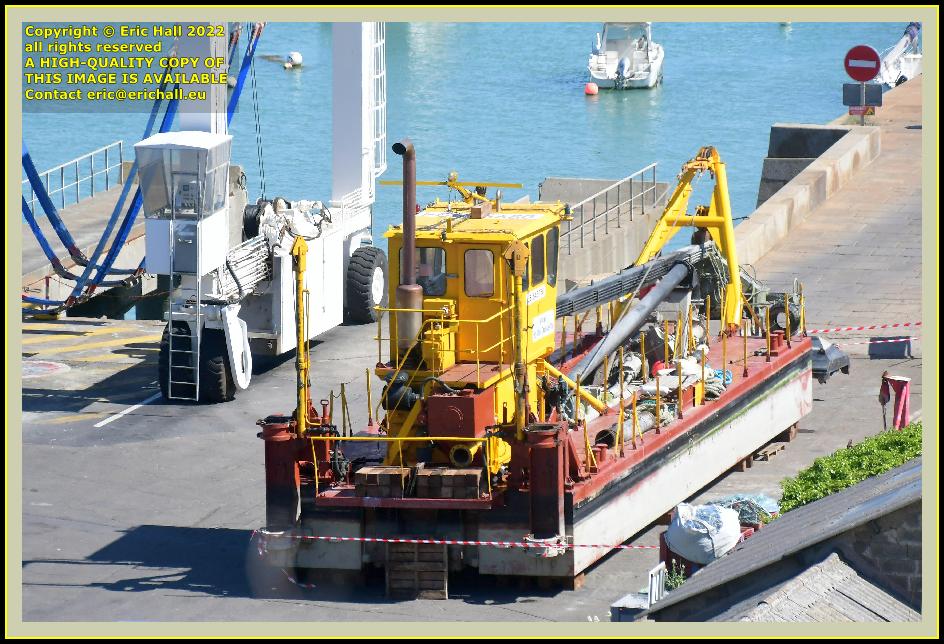 Yesterday I mentioned that the dredger St-Gilles Croix-de Vie had finished its work in the harbour and had been towed across the harbour to the portable boat lift and had been lifted out of the water.

She’s now out there on a couple of blocks while they start to dismantle her ready to be taken away.

She doesn’t actually sail into port, as you might expect. She comes into port in a dismantled form on the back of a low loader and they assemble her on the hard-standing before they drop her into the water.

And then they dismantle her ready for her to be taken away again on the lorry that will come to pick her up in due course and take her off somewhere else. 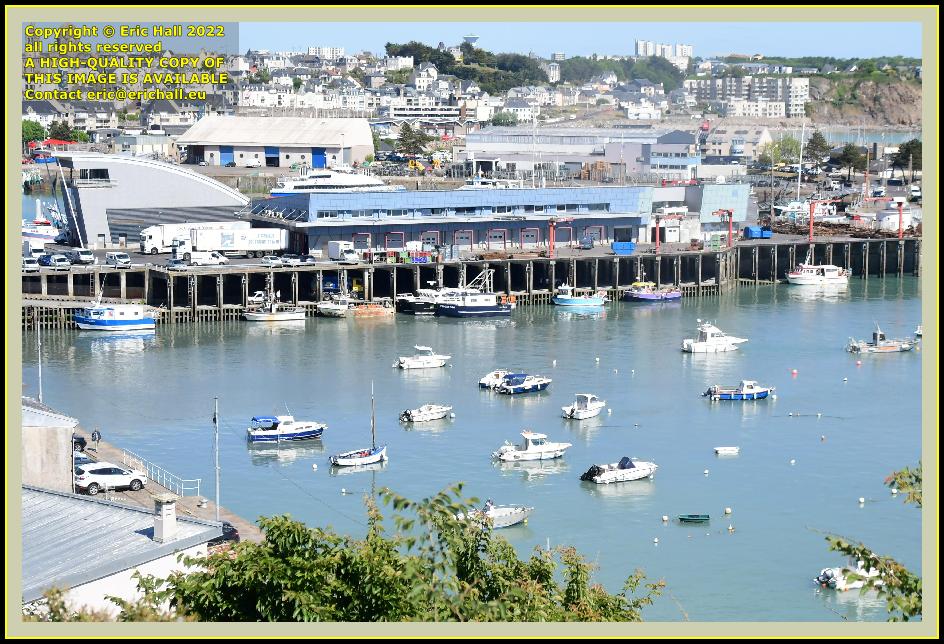 This afternoon there was quite a crowd over at the fish processing plant.

All of the boats are coming in to unload, swarming around L’Omerta that is still there after all this time. And there are a couple of large refrigerated lorries over there ready to whisk away the catch.

Back here I carried on tidying the kitchen and putting away the shopping from Thursday. The place looks a little more respectable now which makes a change. It had got into quite amess over the last few days.

Tea tonight was a stuffed pepper now that I have some and it tasted quite delicious. But I’m using a different rice right now and it’s not as nice as the usual stuff.

So later tha usual, I’m off to bed. I have a weekend school for my Welsh course so I’m hoping for a better start to the day tomorrow that today’s start. That was appalling and I don’t want to do that again.