… not actually sitting in a rainbow but sitting in my little room in Leuven.

Actually a different room, one without steps and stairs which is just as well because I’ve been struggling a bit more than usual with them this last couple of days. All of that walking has taken its toll; I reckon.

And I’m on my own as well. The company that I had over the weekend has now gone home.

Although it was quite a struggle for a variety of reasons. Firstly, staying awake talking until 02:00 meant that when the alarm went off (yes, Sunday, with an alarm!) at 08:00 I was the only one who was up and about.

Nothing on the dictaphone from through the night though, which is no surprise. However I do have some kind of recollection of watching TOTGA disappearing down out of my sight on an escalator. And that’s far more significant than any of you lot actually realise.

Eventually we went out for a very leisurely breakfast at the place where we had gone yesterday and that took a lot of time because we weren’t in any rush.

There were however trains and planes to catch so we set off to the airport via the metro and the RER.

Saying goodbye was very difficult but I’ll tell you something for nothing – and that was that I now know why Castor turned her back on me and walked away to her plane without looking behind her when she did back then. If saying goodbye at times like this afternoon is difficult, then saying goodbye and knowing that it’s for ever (if anything is for ever) must have been harder still.

The train out to the airport was pretty empty but the one back into Paris was crowded. Furthermore there was a squadron of ticket inspectors and that upset quite a lot of people 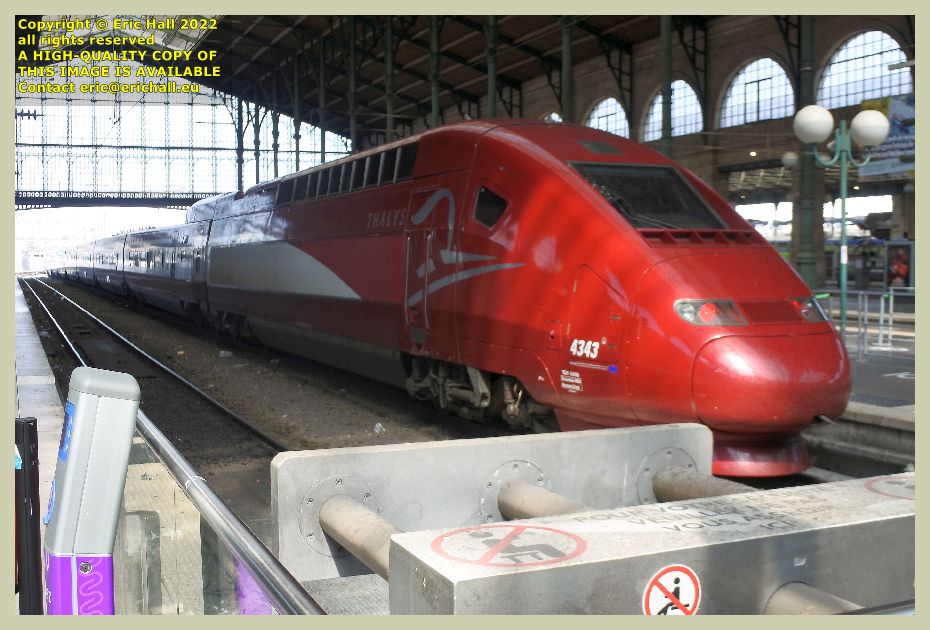 There was a TGV sitting at one of the platforms while I was waiting and as time drew on I began to realise that it was in fact my train.

It’s one of the Paris-Brussels-Köln-Amsterdam “PBKA” trainsets and it was packed to capacity. I didn’t notice a single spare seat. I was sitting in one seat of a group of four and that was quite inconvenient for the other passengers when I dozed off for 10 minutes.

However, during my waking hours I was reading a few notes about inter alia the forced relocation of Inuit from the town of Hebron in Labrador in the late 1950s. Another one of many “Joey Smallwood” scandals, I’m afraid. 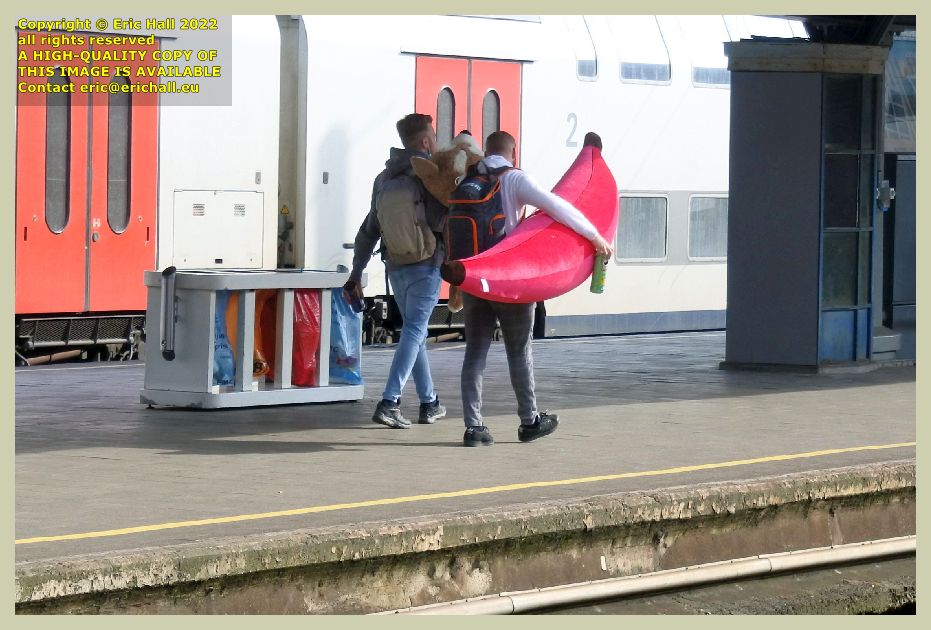 We arrived bang on time in Brussels and I wandered off to the Carrefour for some pasta and tomato sauce for tea.

And then I went to find a train to Leuven. But instead I found a man carrying a giant teddy-bear and another one carrying a giant banana on an adjacent platform. Whatever that was all supposed to be I didn’t know and it wasn’t possible to find out

But as usual, I’m gratified to know that when I walk around with STRAWBERRY MOOSE tucked under my arm, I am not alone. Lots of other people are doing something similar.

Maybe I started a new fashion.

This afternoon I had to wait for a while for a train. They are four trains per hour but they don’t run every 15 minutes as you would expect. 3 of them run at 10-minute intervals and then there’s a half-hour gap. And of course, I timed my exit from the supermarket to correspond with the gap 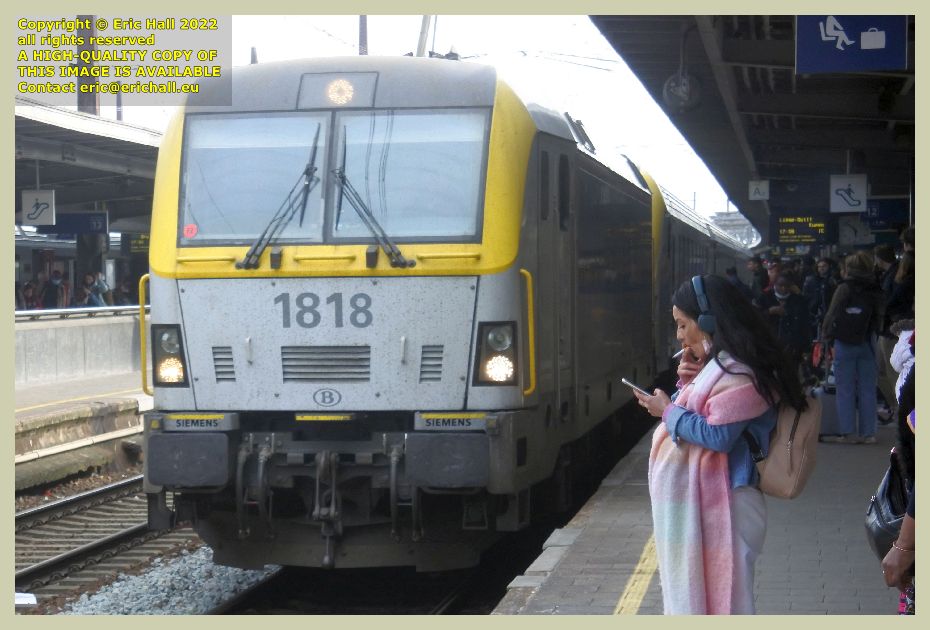 When the train pulled in to Brussels it took me by surprise.

It’s a train from Oostende to Eupen and that’s usually a push-me-pull-you being pushed towards Eupen with the engine at the Oostende end but this one had an engine at the Eupen end.

It was crowded to the gunwhales but I was one of the very few people who managed to be on my own there without a neighbour. And to my surprise I managed to stay awake for the whole journey without falling asleep and ending up in Welkenraedt. 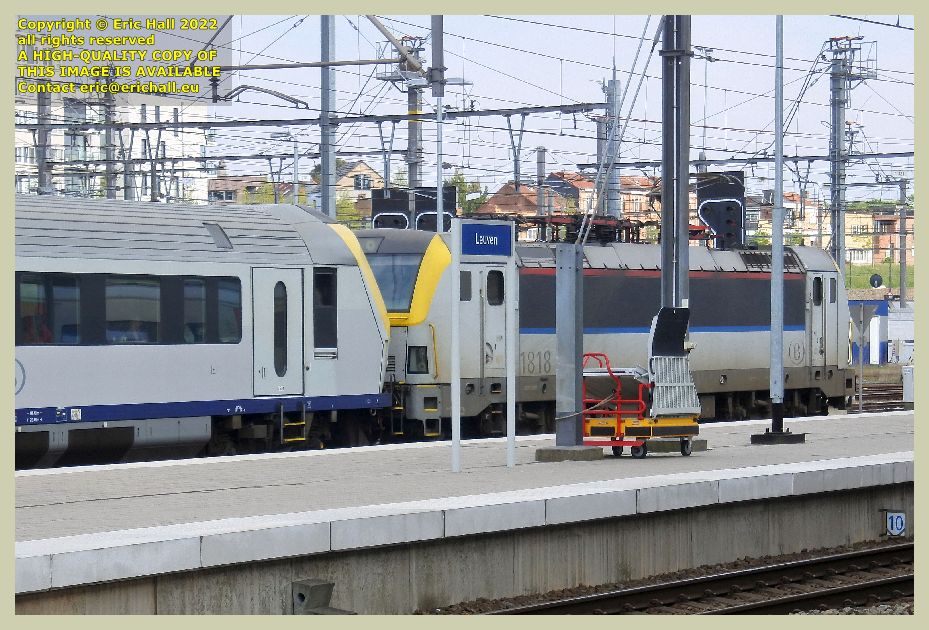 This is what’s going on at the Eupen end of the train.

Presumably the driver of the train is in the locomotive and not in the driver’s cab of the train. He won’t be able to see too much if he’s still in his little cab.

But not of the foregoing explains the reason as to why they have done it. 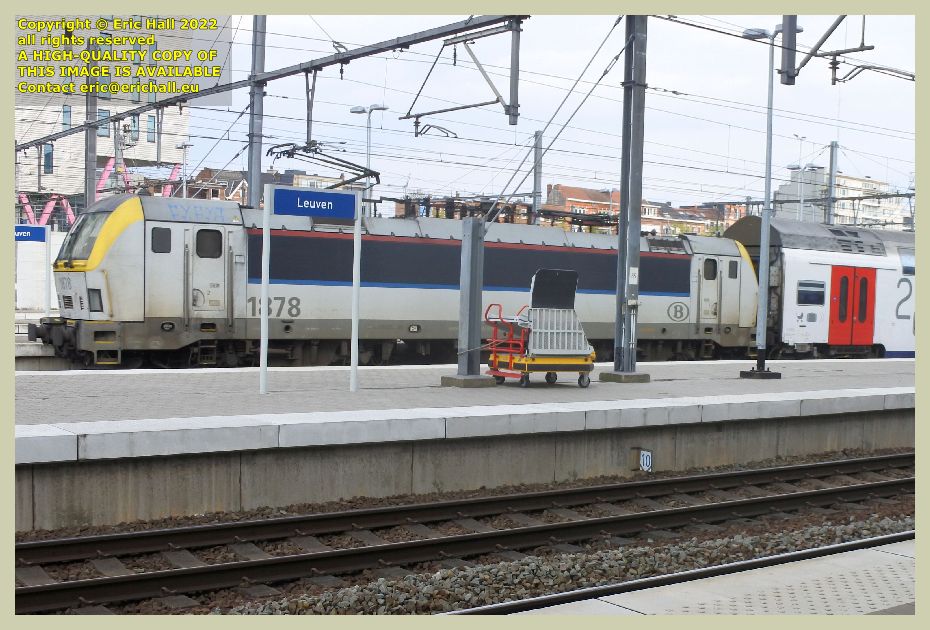 Out of curiosity I waited around (and for a good while too) to see whether or not there was a locomotive behind the train pushing it along.

There’s certainly one there but of course I can’t say what rôle it’s playing in the movement of the train.

Here in my little lodging they’ve given me a different room as I mentioned. It’s quite nice and comfortable but there’s no toaster. I’ll have to arrange that tomorrow morning.

Tea was pasta and tomato sauce with one of the burgers that I brought with me.

And now, I’m going to bed. I’ve switched off the alarms and I’m going to have a lie-in to recover for the weekend.

It was an excellent weekend with good company, and it made me realise how much of my life might have been different had this happened 30 years ago, or 22 years ago, or at any other time when a certain someone slipped through my evil clutches in the past.

Anyway, HERE’S A SONG to celebrate today, and what never was and what might have been but probably never will be, world without end.