… few lines because I’ve been busy this afternoon and this evening and now I’m absolutely exhausted.

Most of that though is due to the fact that I had yet another dreadful night, but we won’t go into that right now because you’re probably as fed up about these as I am.

After the medication and checking my mails and messages I went through the two recipes that I have and made a list of the shopping that I need to do. And then I nipped out to Biocoop for some molasses.

As I was on my way to Noz in the driving rainstorm the tyre fitter rang me up. My tyres hadn’t arrived so my appointment was cancelled. Nevertheless I went to Noz where they had some really nice alcohol-free beer that will be just the thing for the Christmas period.

At LeClerc I bought what I could but the range of French cooking accessories falls a lot short. No glacé cherries, no candied peel, nothing like that at all. And even worse, no essence of alcohol-free brandy in which to soak my fruit.

Back home later I had a coffee and spent the rest of the day trawling through my record collection for Christmas rock songs. In the end I managed to pull out about 15 or so and then I remixed them and began to write out the text for the radio programme for Christmas Day. 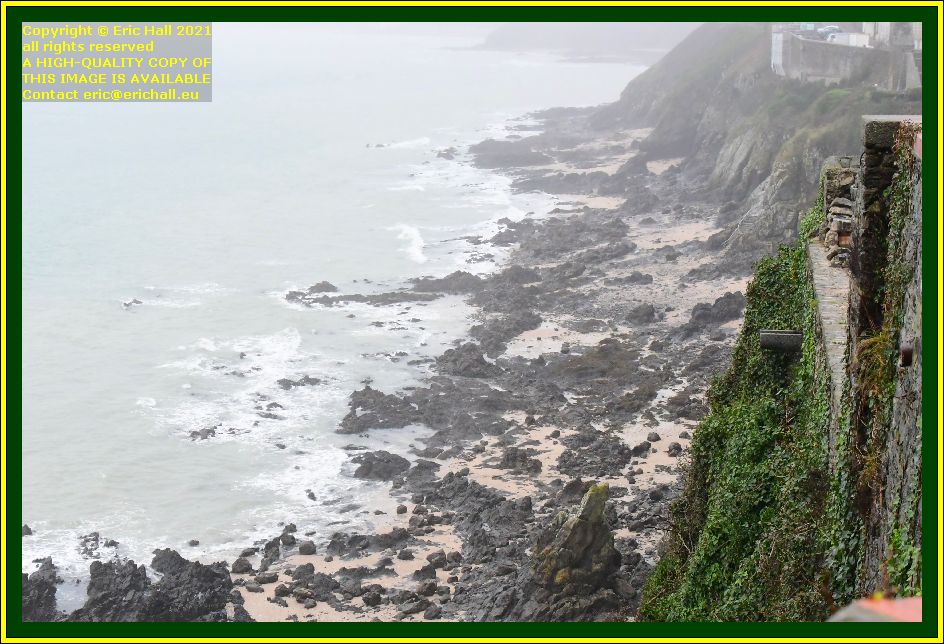 During the course of the afternoon I went out for my walk although I don’t know why because the weather was just as foul as it had been earlier.

It wasn’t just the rain that was annoying either. There was a thick sea-fog and the view was no more than a few hundred yards.

But that was enough visibility for me to say that there was no-one down there this afternoon, and that wasn’t a surprise. I was the only one stupid enough to be out there in this weather this afternoon. 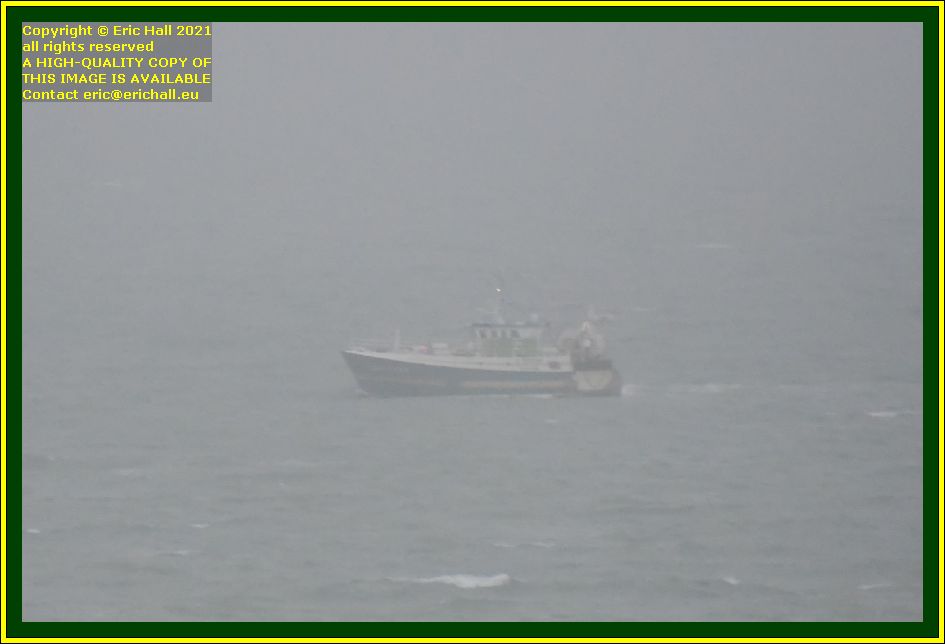 That isn’t actually quite correct.

There were some other people out there this afternoon, but they were out there of necessity, not through choice. As I peered out through the gloom a trawler came into view out of a low cloud.

The brief glance that I had seemed to indicate that it might be Tiberiade, one of the larger trawlers that operate out of the port. People still have to eat, regardless of the weather, and as long as they need to eat, the fishermen will still need to go out in all kinds of conditions. 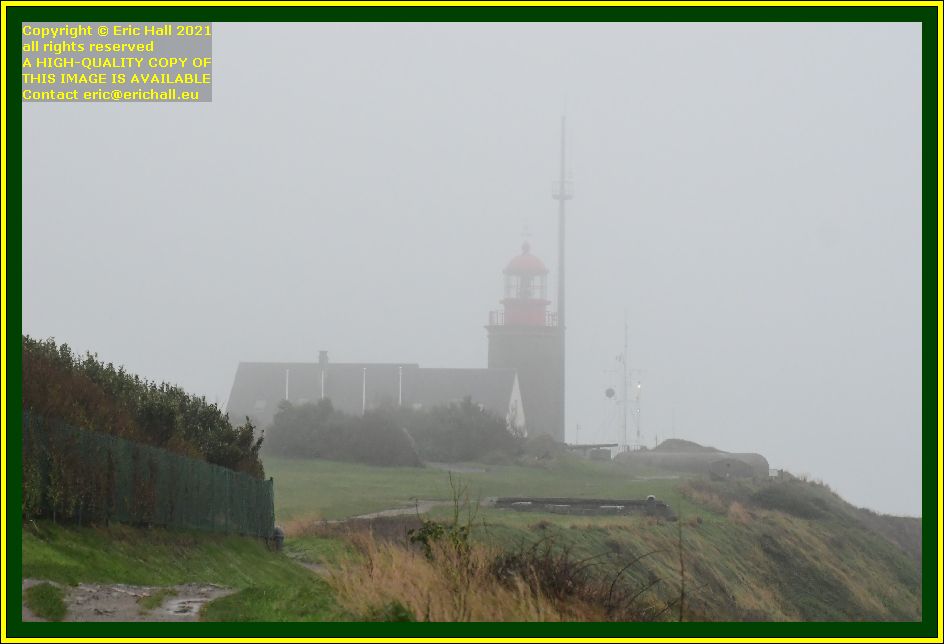 Having taken what photos I could, I went off on my walk along the headland.

From the path at the back of the running track I could just about make out the lighthouse and semaphore down at the far end of the Pointe du Roc.

Although it’s only mid-afternoon, the lights on part of the equipment were already lit. Not that they would do much good because I doubt if you can see tham at any appreciable difference in this fog.

With no-one to disturb me, I carried on down to the end of the path and across the car park at the end. 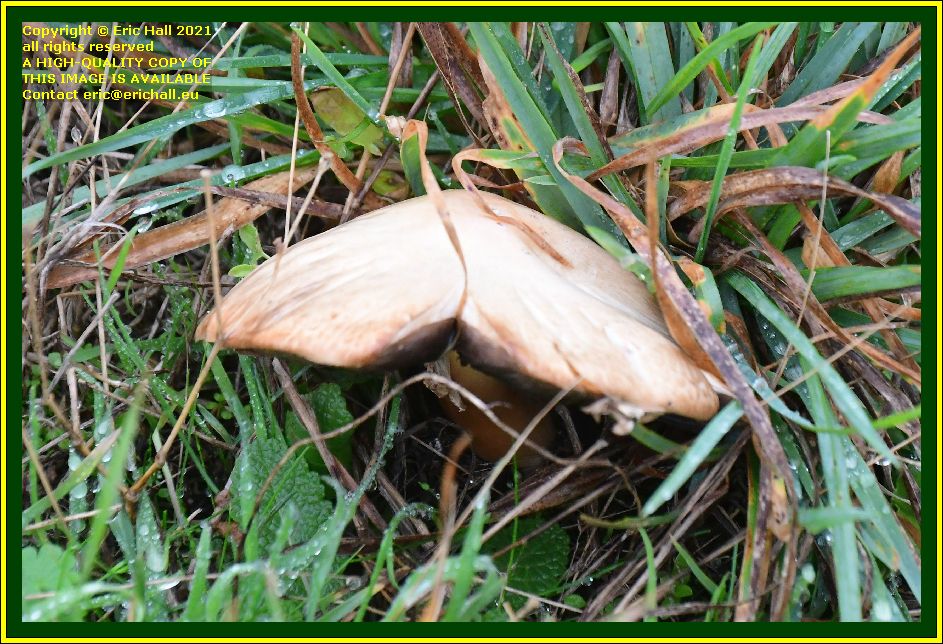 Nothing going on out at sea (that I could see anyway) and no-one sitting on the bench down below, which was no surprise either.

There was however this gorgeous mushroom growing on the bank and it reminded me of that beautiful mushroom soup that Nerina made for me once many years ago.
“That’s absolutely beautiful” I exclaimed. “Where did you find this recipe?”
“In an Agatha Christie murder story” she replied. 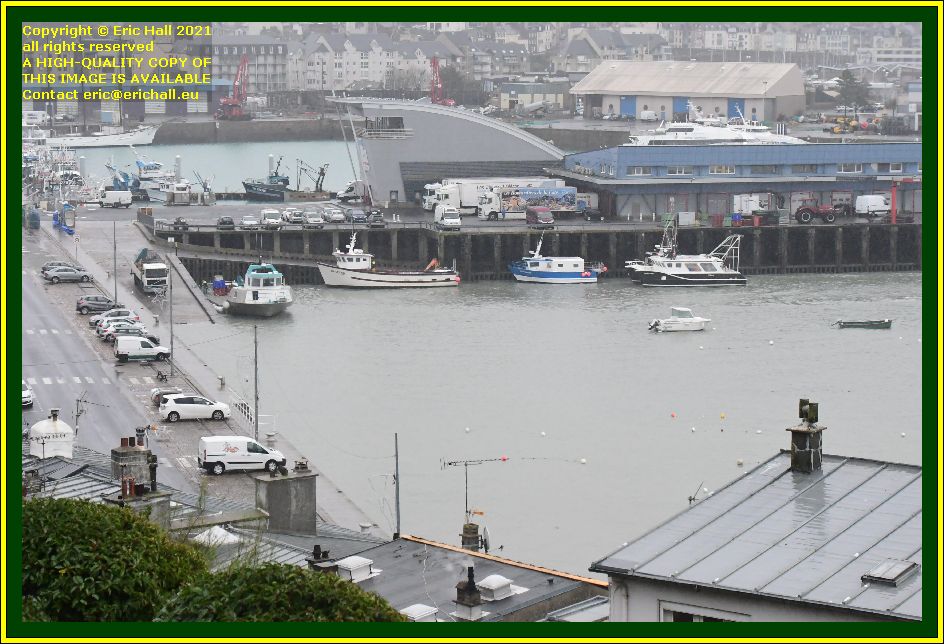 It wasn’t just Tiberiade who had been out there braving the conditions this afternoon.

By the looks of things several others had been trying their luck and were unloading at the fish processing plant.

We can, I suppose, rule out L’Omerta because as far as I can tell she seems to live over there permanently now. But on the extreme left we have La Grande Ancre who pulled away from the quayside almost as soon as I took the photo, and next to her is, I think, Les Bouchots de Chausey .

As for the third boat, the blue and white one, I don’t recognise her at all.

After all of this miserable weather than I had encountered, I was glad to be home. I made myself a nice hot coffee and several plans for the future.

Later on I cleared the decks and prepared everything for the baking session. And I actually knew someone else who was attending the demonstration – my very first tutor from 18 months ago.

The demonstration was quite straightforward although my oven is quite a disappointment at this kind of thing. It took about twice as long as the recommended cooking time, and it would have been even better if I’d bought food-quality bicarbonate of soda rather than general-purpose quality. 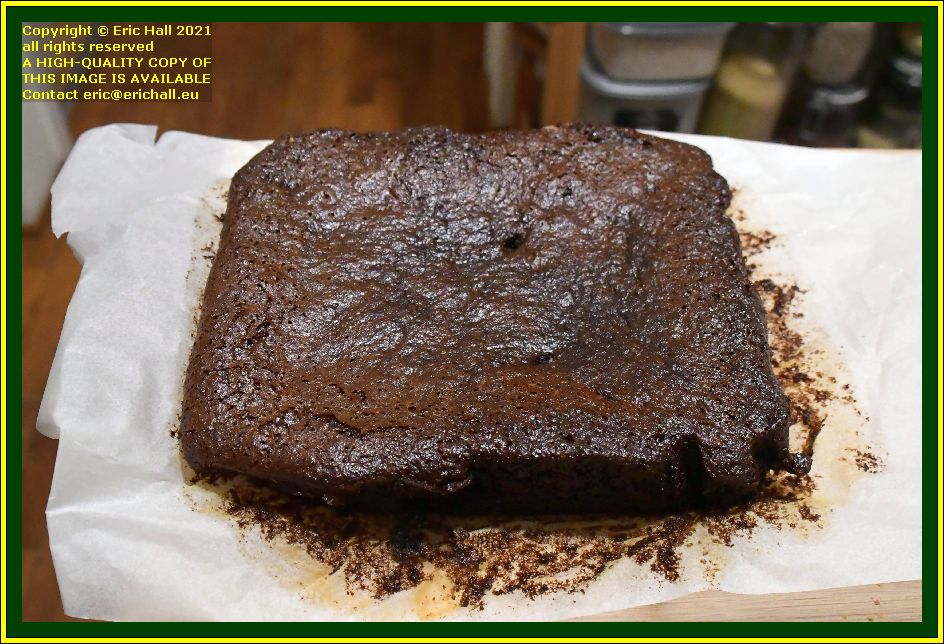 So here’s the finished product. Not quite as crumbly as the previous versions have been but I suspect that the almond-flour and flax seeds might have contributed to that.

It’s supposed to be iced but I’m not sure how a treacle cake would taste with icing on it. I don’t think that marzipan would be a good idea either.

After the demonstration I grabbed a quick tea and then watched the football – Bala Town v TNS. As expected is was all one-way traffic and the score of 4-1 to TNS was not an exaggeration.

It’s not that Bala are a bad side. They have most of the team that was there last season but the quality of the league has increased dramatically.

Anyway, now I’m off to bed, and I’m going to try a little experiment. I’ll tell yuo all about it tomorrow if it works.