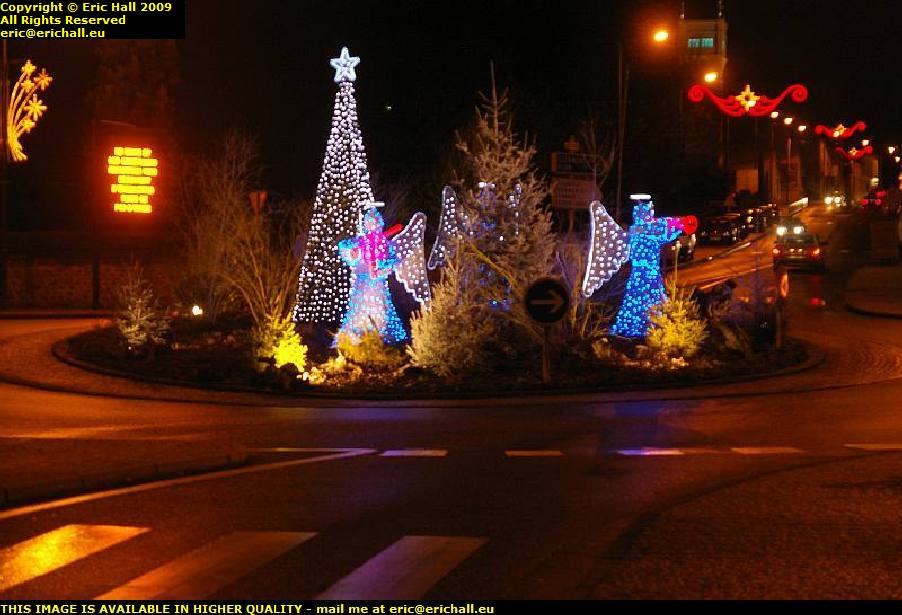 … a few weeks ago that I was in Neris-les-Bains looking for a shower (of course they were all in Milton Keynes but the less said about the OUSA Executive Committee the better) – anyway, here’s a pic taken there in the dark earlier this evening.

Yes, I had just come out of the swimming baths where I had a really good soak (and I’m not taling about anyone from the OUSA …. “you’ve done that already” – ed) but even so, I was only in there for an hour.

So what was going on?

This morning I braved the torrential rainstorm that we were having (we had 21mm of rain today and it’s still going) and went to Montlucon for Caliburn’s new tyres. And of course, now that we have two new ordinary ones on the back and two expensive snow tyres on the front it isn’t ever going to snow again, is it? That took me to midday and so I went for a wander around NOZ, the grot shop, where I bought a pile of cook-in sauces, and then to the Auchan where in between all of the shopping I bought 2 DVDs in the sale, at €2.99 each. One is the John Wayne classic Fort Apache

and the second is the legendary Return Of The Pink Panther

. Easily the best of the Pink Panther films and that by a long chalk too. So imagine my consternation, if not horror, at Christmas 2006 when I discovered to my chagrin that the film was for some unaccountable reason not included in The Pink Panther Film Collection (6 Disc Box Set)

That took me to about 13:50 and I was planning to go home then but I was irresistibly lured to Brico Depot, and wasn’t that a big mistake? I was rummaging around looking for cable connectors as I’m not very happy using chocolate blocks. I saw some things that looked suitable and asked to speak to a vendor. And waited. And waited. And waited. eventually someone appeared, served a few other people, and then came over to me.
“Is it you who is looking for assistance?” she asked
“Yes, for about 15 minutes” I replied petulantly.
“Well, I’m all on my own” she said
“So am I” I stated “so why don’t we get married so that we can be together?” No wonder they all hate me in these French shops.

But that wasn’t even half of it. Every so often they have what are called “arrivages” – products that they buy in specially and are priced to sell. And on offer today were kitchen worktops – 1800×600 for all of €15:99 instead of the usual €49:99 or so. Most of the colours were pretty awful but there was one that caught my eye – a kind-of false marble effect of light grey, white and pink speckle. I need just under three for my kitchen but this is also the colour that will go nicely in the bathroom, which, you may recall, for reasons of other products having been bought in Brico Depot’s clearance sale and also a pile of second-hand tiles I have lying around, is going to be … errr … pink. Anyway, I need about four of these lengths all told – and they just happened to have four left.

I also need some 500mm pine shelving to make the bases of the units in the kitchen. Three of these in fact, and they just happened to have three left. So even though I am a long way away from making my units I now have a lot of the stuff that I need. I also have a wallet that is considerably lighter.

At the cash desk there was this ever-so-sweet young girl cashing up. She had a really difficult job looking for the barcode labels.
“They’ve been put on in the wrong place” she lamented.
“I bet it’s all Pierre (one of the guys who works there who plays football for Pionsat)’s fault” I replied
“Do you know him?” she asked.
“Ohhh yes, he plays football for our local team“.
“He was in my class at school” she chirped.
The world is getting too flaming small for my liking. 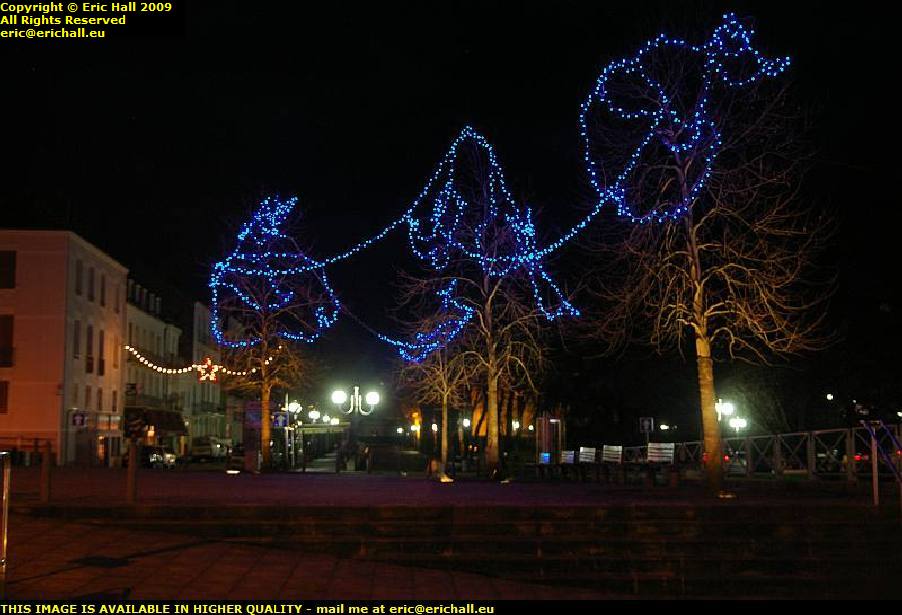 And so, having left Brico Depot at 16:15 that was how come I ended up leaving the swimming baths at Neris at 18:20. And I encountered a cat – a huge black moggy – in Neris. it came for a stroke and a cuddle and even let me pick it up. It’s a long time since I’ve stroked a nice pussy like that and it was ever so contented and looked set to stay there for ever. I really must get a cat when I settle down. But then a car pulled up across the road, a woman got out and went through the gate and up the path towards the front door of this house, and Minou leapt out of my arms and legged it up the path after her. Cupboard love!

I was musing earlier, like I do every so often. In the comments section of this blog, yours truly (who lives in France and is white-skinned) was discussing with Rhys (who lives in the USA and is white-skinned) have been having a discussion about where is the best place to leave a bomb in a Boeing 747. Now just imagine if we lived in the UK and were brown-skinned? we would be hit with a “possessing information likely to be of use to terrorists” and “conspiracy” and hurled into Belmarsh before you could say “Al Qaida”. Such is the situation in the UK at the moment and it’s a reflection of the racist nature of the society that the UK has become due to the level of fear and of hate that Gordon Clown and the B Liar have stirred up. And they call it a “free country”. Doesn’t it make you laugh?

And in other news, hello and welcome to Kate who has found her way here. Kate was part of a group of miscreants which which I was associated back in days of yore in the Open University and we all had many exciting adventures in the OUSA Conferencing system. It’s nice to “see” you after all this time.